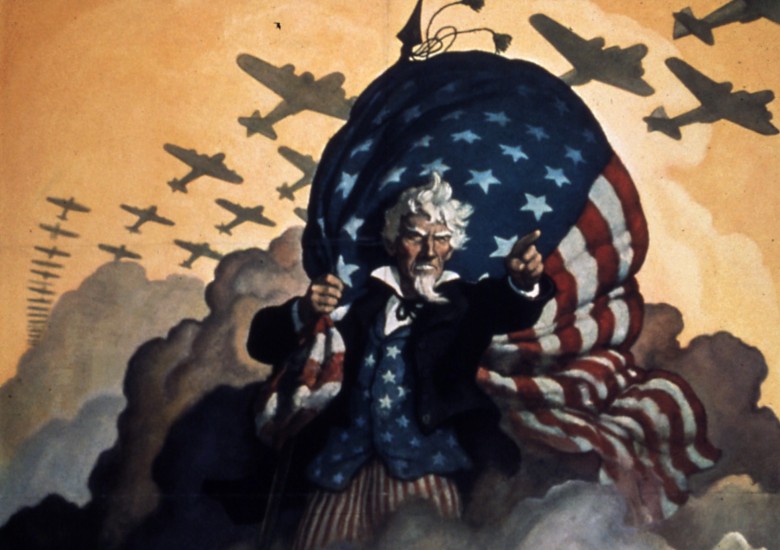 On the Dangers of Globalism, Nationalism, and Isolationism

I’ve often written about the dangers of globalism, nationalism, and isolationism; yet, I’ve been surprised to discover that there are many Americans who do not believe there are other options. We often wrongly believe that nationalism and globalism are opposites or that they exist on opposing political or ideological spectrum. They aren’t and they don’t.

a national policy of treating the whole world as a proper sphere for political influence.

1:loyalty and devotion to a nation; especially :a sense of national consciousness (see consciousness 1c) exalting one nation above all others and placing primary emphasis on promotion of its culture and interests as opposed to those of other nations or supranational groups

2:a nationalist movement or government

a policy of national isolation by abstention from alliances and other international political and economic relations.

The Good, The Bad, and The Ugly

The driving forces behind Globalism are three-fold. First, there is economic globalism, or globalization, which is the recognition of a global economy of which all nations that participate in international trade are a part. Second, there are the anti-border, anti-national, and one-world-government folks. These people reject nationalism on the basis of their rejection of arbitrary distinctions between people groups in various geographic and cultural regions. These people are often utilitarian or egalitarian. Third, we have are ideological diplomats who are perpetually asking themselves that age-old question, originating on the concrete of Los Angeles, California, “Why can’t we all get along?”

In the first instance, I am a globalist. I believe in free international trade and, while I recognize that there is no actual “free trade” on the blue planet, I also recognize that just about every nation is trying to establish some kind of trade agreement with every other nation. I believe that this is an important process. I believe that free trade leads to free people. I believe that protectionism is unwise and often leads to the protection of only the most politically well-connected industries.

In the second instance, I am strongly anti-globalist. There are reasons why we form nations. We form them to protect cultures. Cultures are not all equal. Some are more authoritarian and violent than others. Some allow greater freedom. Some allow greater economic mobility. Some offer greater equality. Some promote education. Some protect values not shared by their geographic neighbors.

I have to admit, I am probably a quasi-globalist in the third instance. I do believe that we can all get along and that what you choose to do in your country doesn’t necessarily need to be judged by the values held in my country. I’m OK with trading with Saudi Arabia, even though they are horribly repressive of women. I’m OK with trading with India, even though they are the largest cesspool of oppression and slavery in the world. Self-righteousness has never made the world safer or better. Usually it leads to war and mass-casualties.

In many ways, I am a Nationalist. I believe in patriotism and a love and loyalty to one’s country. Yet, I also agree with Mark Twain’s sentiment, “loyalty to county always. Loyalty to government when it deserves it.”

I do not believe that all cultures are equally valid or valuable, therefore I understand why people seek to protect their culture. However, when we move from protection to subjugation, I have a very real issue with the nationalist mentality. Love of country is one thing – using force against another country is another thing entirely. Self-defense is valid. Imposing values on others is not. It doesn’t ever work.

Nationalism is prone to excess and I am often suspicious and cautious when I see it bubbling up under the auspice of politics.

Isolationism is irrational, impossible, and ridiculous. North Korea and Iran are two of the most Isolationist nations on Earth and neither have contributed much to global civilization or to the national prosperity of their people.

There is this concept called liberty that I think works pretty damn well. Liberty is the idea that everyone has the right to do whatever they want to do, insofar as they are not using force against others. Liberty is non-judgmental – that is to say, liberty doesn’t impose values, standards, or demands on others. Liberty does demand justice though. There is no liberty without justice. A free country cannot tolerate another country using force, manipulation, or subversion against it. Liberty is not pacifistic.

Now, let us not fool ourselves. Many nations and many cultures depend upon ideologies that cannot coexist with free nations and cultures. The will to power often requires universal obedience. Most of the time, there is a mix of love for liberty and a will to power that creates myriad contradictions. We try our best to balance and figure these out.

Nationalism and Globalism can cause an awful lot of problems. Both are necessities and both are realities, but neither of them ought to result in breaking faith with the principles of liberty, individuality, and national sovereignty.

Isolationism is an impossibility.

The vast majority of the world is self-righteous. We all believe that our values are the best values, our religions are the best religions, our cultures are the best cultures, and our way of life is the best way of life. We devalue others on the basis of our own superiority. This is what we must seek to avoid – opting instead to accept economic, political, and diplomatic realities, accepting that compromise and cooperation are necessary, justice of the highest importance, and tolerance the international banner of peace.

Loving our way of life is natural. The North Koreans, Americans, Germans, Japanese, and Iranians do this. Protecting our borders is natural. Just about everyone but the Americans, Germans, French, and British do this. Free markets make free peoples. Tolerance leads to peace and honoring justice preserves that peace. These are realities we must accept and get comfortable with – otherwise, globalism and nationalism can both lead to remarkable horrors. We’ve seen this with the Germans and Japanese in the early 20th century and we’ve seen it countless times in the more ancient past.

So when we get concerned with a rise in globalism or nationalism or isolationism, it’s not a concern that a nation is looking out for its own good, or seeking justice, or protecting it’s culture – the reason why history-minded people get nervous, is because we know that these three often lead to excess, violence, persecution, and subjugation.

On the Dangers of Globalism, Nationalism, and Isolationism was last modified: October 29th, 2017 by Steven Brodie Tucker

Let the US stop printing money, balance their budget, start paying off their now over $20 Trillion in debt. Then see what the rest of the world thinks about the US. A US that can no longer write aid checks, provide jobs for, and police the rest of the world, and subsidize Wall St..

Basically, in one form or another, the rest of world is propped up on our continuing to run a deficit that allows us to do these things. It’s all corruption based BS, a lying greed based Wall St. that runs our corrupt government. It won’t last forever. Trump is making the same moves Bush 43’ did. It’s so evit and backwards, everybody has heard that government needs to stay out of corporate business? Well, that is BS. Business needs to stay out of government is the real truth. Here is where you people are now, 2 Thessalonians 2: 10-12, read it.

The Trump Tax Cut disaster basically prints money to subsidize the world even more. Hell, if lower taxes increases revenue to pay off the deficit, why not end taxes all together?

I’m for tax reform, but that’s because I already think the debt is impossible to pay off, so for me I think the country should just party until the entire contraption collapses. I do believe that tax reform will spur economic growth, but not enough to pay for the cuts, especially if they don’t do the hard work of getting rid of all of the tax breaks, which increasingly it’s looking like they are too chicken to do.

What we really need is a hard, HARD reset, the kind that comes with complete currency collapse. It’s time for the world to relearn some old lessons about money, debt, and economics … and everyone will have a front row seat. Every seat is the best seat for this show lol, nobody will make it out financially unscathed.

Ok, let’s take it a step further. If the US is not going to pay off the deficit, why do we keep paying $435 billion a year and climbing in interest? Sooner or latter, the interest will consume
the entire budget.

In other words, why do’t we just print money to pay off the debt so we no longer have to pay interest?

You have to look at who are those who are benefiting from the interest on the $20 Trillion debt we carry.

Based on the definitions you present on this topic, I agree in principle. My annoyance is with elected Republican Chamber of Commerce types who are all too willing to sacrifice the American worker on the altar of Globalism.

We agree! That and healthcare costs are the issues. Hillary lost because she threw made in America under the bus, and the Clinton corruption. I didn’t vote for either liar.

You know….there are times I really do agree with you

Singapore is a globalist democracy. Except for the part where they beat the crap out of you with a bamboo stick for chewing gum. Hong Kong used to be a globalist democracy. But the Chinese politicians don’t think to much of freedom protesters. They use those little thin billy clubs to keep the peace. Budapest is a reformed socialist city. Each month the streets are filled with personal belongings of people who don’t pay their rent. I’d like to have a global citizen passport, but I don’t think I could handle the repercussions.