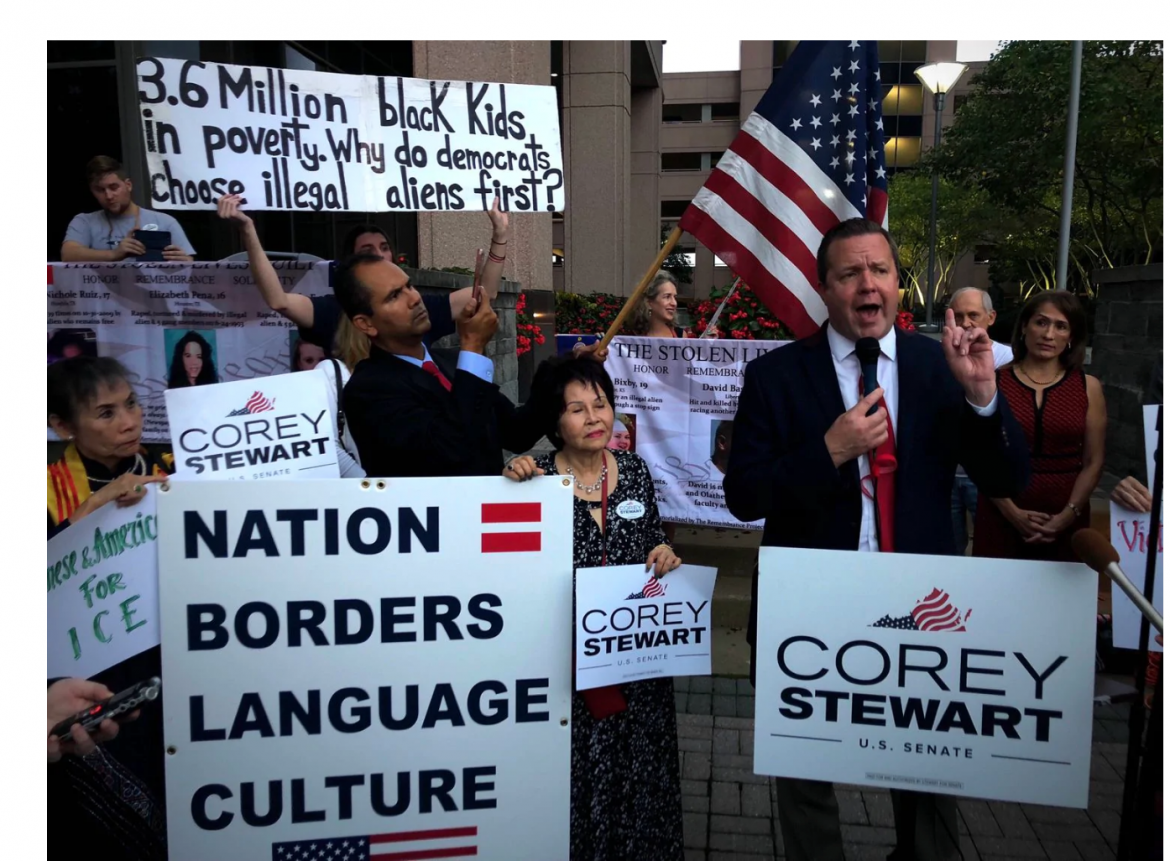 On the Frontlines of Fairfax with Corey Stewart

On Tuesday evening, Corey Stewart stood before a friendly crowd outside ICE offices on Prosperity Avenue in Fairfax.  Held high were two large American flags and two Remembrance Project banners, showing photos of family members who lost their lives at the hands of illegal immigrants.

Stewart began to address the crowd of about 50 people.  And then the chanting and drum-beating began. A crowd half the size had waded into Stewart territory to protest his rally and to call for the abolition of ICE.  Yes, right outside ICE offices, with ICE officers and Fairfax County Police standing in their midst.

Fortunately for Stewart, there was a large loudspeaker to project his voice over the din of drum-beating and music with a Latin flare.  Protesters showed no respect for the crowd who came to hear Stewart speak. None. They chanted, played music and disrupted.

But Corey Stewart held his ground, delivering a powerful message of support for men and women in law enforcement who work tirelessly to keep our borders and communities safe.  He stands unique among candidates for his bravery in taking that message, literally, to the streets.

Readers of The Bull Elephant blog are well acquainted with the dangers and the orchestration of the political Left.  So you will not be surprised to learn that signs carried by protesters read: Racists Here (with an arrow pointing to the crowd); Abolish ICE, CBP, Police, Prisons; Your Racism is Showing; Love Has No Borders, and Deportations = White Supremacism.

Oh, and there was the essential crowd “organizer.”  A woman with a microphone who led her people in chants like, “Shame!  Shame! Shame!” (Gee, I heard the same chant when I was in the Senate Gallery last Saturday for Justice Kavanaugh’s confirmation vote.)  She actually read from notes on a piece of paper as she exhorted her lemmings.

People of the Commonwealth, please understand what is swirling around you.  It’s the whirlwind, so presciently warned about by then-Judge Kavanaugh. The wind sown by the Progressive Left and their Democrat comrades is what we shall reap for decades to come UNLESS each one of us rejects its destructive force and works to defeat it once and for all.

VOTE on November 6 as if your, your children’s and grandchildren’s lives depend upon it.  Because they do. 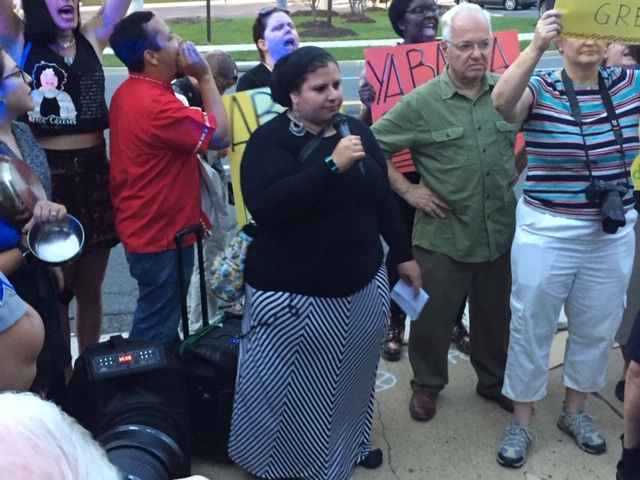 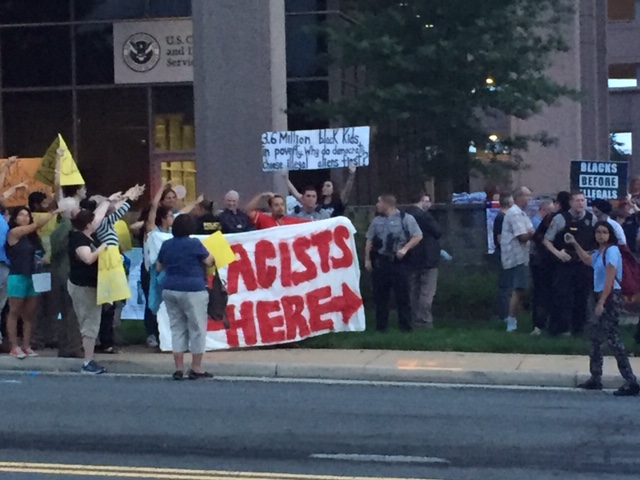 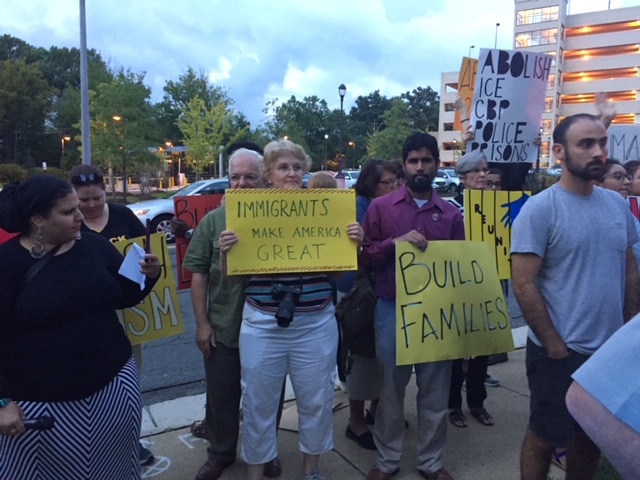 Gotta love the hatred and name calling from the left.

On the Frontlines of Fairfax with Corey Stewart was last modified: October 9th, 2018 by Guest Contributor Catharine Trauernicht