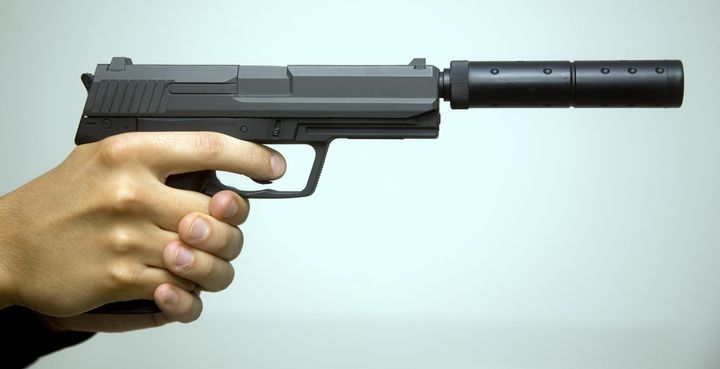 On the Need for Sound Suppressors – Not Silencers

Our Fearless Leader, Governor Blackface, has decided he is going to show us what real leadership is by calling for a special session in which the General Assembly will be discussing gun grabbing issues.  While all of his “common sense gun proposals” (aka gun grabbing one law at a time) are nonsensical, one that is the most dangerous is the concept of making so called “silencers” (actually they are sound suppressors) illegal in our Commonwealth.

And one of my real beefs here is the fact that Republicans play into this narrative by not understanding what a “sound suppressor” really is.  Too many of us call them silencers. They are not silencers, they are suppressors. Nothing can silence the boom of a bullet coming out of the muzzle.  If you have ever heard a gun with a suppressor on it, the suppressor does not kill all the sound. It muzzles the sound by up to 40%. But you still hear the gun go off.  On a smaller caliber round like a .22 long rifle, the suppressor is quite effective. But on pretty much every other round, it does not “silence” the explosion, but acts as a moderate sound buffer.  One can hear a gun with a suppressor going off and know that it is a gun being shot. The use of a suppressor likely did not result in more deaths in the Virginia Beach mass shooting. It did give liberals a great excuse to beat on us though, and gave moderates a great reason to think they are being conciliatory by giving into liberals, one step at a time.

Sound suppressors are already heavily regulated by the Bureau of Alcohol, Tobacco, and Firearms.  They are involved in next to no crimes. And before the tragedy at Virginia Beach, properly regulated sound suppressors were not used in any serious crimes involving legally owned guns.  Heck even an anti gun country like Norway does not regulate sound suppressors, because they really aren’t used in crimes. And France will allow for suppressors to be sold over the counter in many cases.  So if anti gun countries like Norway and France allow for their easy purchase, why should Virginia ban something that is clearly not used in few if any crimes? Finland and Poland also allow for the use of suppressors.

The simple answer is that this is not about public safety.  This is about gun grabbing – one bill at a time. And having wishy-washy moderates say that “well who needs a silencer anyway”?  Far too often people fall for that line of thinking.

Why should we law abiding people be punished because one man has evil in his heart?  If someone from the ruling class tells me that I don’t need a suppressor (or anything for that matter) each of us must remind the ruling class that just because something isn’t a need, doesn’t mean we should not be allowed to own that thing.  Me personally, I don’t have a suppressor. Odds are I won’t get one either. People often ask me why though I have a .500 magnum. The simple answer is – because this is the USA and I want one. The same reason that you have the right to a suppressor.  Don’t let someone tell you what rights you should exercise and what rights you should not.

We must not give up our rights voluntarily.  Call your Delegate or State Senator and ask he/she to oppose Governor Blackface’s gun grabbing bills.  And don’t call them “silencers” as that is what Hollywood and Michael Bloomberg want them called. The term is sound suppressor.

On the Need for Sound Suppressors – Not Silencers was last modified: June 5th, 2019 by John Massoud