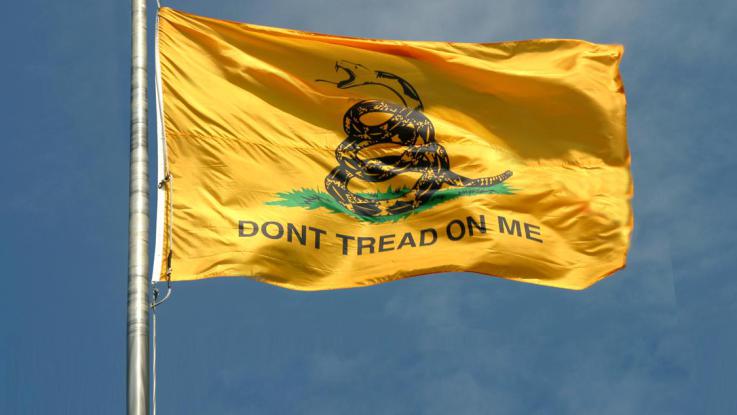 On the State of the Conservative Movement

When the TEA Party exploded onto the political scene in 2008, all of America witnessed a powerful end to political apathy in this country. People began looking to get informed and what they discovered infuriated them even more. From 2009 through 2010, the Democrats pushed through a plethora of progressive legislation against the will of the people and by November 2010 the people had had enough, and the Democrat Party was swept out of their House majority. Change was on the horizon.

Since 2010, however, Iâ€™ve watched as the conservative movement has undergone dramatic evolutions and devolutions. Iâ€™ve watched it have unimaginable victories and wholly regrettable failures. The leaders of this movement rise in brief moments of righteousness and are yesterdays news just as quickly. No conservative leader, organization, or group of leaders have found a platform upon which to reorganize the Republican Party into something meaningful or stable.

In fact, the fracturing and utter lack of intellectual or philosophical integrity seem to have only gotten worse. Conservatism has become populism, seemingly overnight, and conservatives are now wholly uncertain about their role in the party. The populists care as little about the conservative grassroots agenda as the establishment and the establishment does not see this populism as something distinctly disconnected from the conservative phoenix of 2010.

If you read David Brooks or Jennifer Rubin, you are well aware that the establishment hasnâ€™t changed, doesnâ€™t plan on changing, and fully believes that the disorganization of their more conservative rivals is destined to make their discontented movement short lived and ineffectual. If you are paying attention, it is hard to fault them for their arrogance or optimism.

Meanwhile, the Conservative Grassroots has split into dozens of overly dramatic purity groups, disassociating themselves from all other conservative factions. While the establishment continues to struggle to find a new base of reliable voters, conservatives are doing everything within their means to grant the establishment power by default. That is, after all, the inevitable consequence of a lack of conservative unity.

In truth, conservative unity appears to have been an impossible utopia in the first place. There is no such thing as a conservative agenda. There is no such thing as a â€œtrue conservativeâ€. Unserious, overly-emotional, and frustratingly ill-informed political leaders continue to pop out of the nations conservative whack-a-mole machine, each with their own set of true believers and true-beliefs, who will inevitably become someone elseâ€™s true believers months, weeks, days, or hours after theyâ€™ve been bopped out of view and relevancy. The true beliefs â€“ necessarily sacrificed upon the alter of the moment.

This tells me that the Republican Party is not capable of beingÂ much more than that national political party that isnâ€™t quite as intolerable as the Democrat Party and which, on occasion, can do some real good. This conclusion doesnâ€™t change anything. David Brooks and Jennifer RubinÂ  will continue writing self-righteous and uninspiring drivel on behalf of K Street and Wall Street and the Congressional Republican Leadership. William Kristol will continue to mourn the death of neo-conservatism. The conservative grassroots will continue searching for conservative candidates to run against unacceptable moderates. Hardly anything in Congress will change.

The conservative movement will never really die. Itâ€™ll survive as long as we can withstand the perpetual disappointment.

As for me, I feel older and wiser. I no longer experience that excited antagonism toward moderately conservative Republicans who fail to meet our randomly designed and often contradictory purity tests. Any sense that we should burn the party to the ground and start over that I may have felt in the past is gone, now that Iâ€™ve seen up close and personal just what such a proposition will inevitably look like (it isnâ€™t pretty, especially not in Virginia).Â I believe that we have the best possible process for working out our differences. Weâ€™ll fight our ideological battles in the primaries and rally around our nominees in November. If we make progress, it will be slow, but progress itself remains possible.

As much as I love the conservative grassroots, I no longer feel any sense of optimism that weâ€™ll eventually all come together and get our acts together. Organization isnâ€™t our strong suite. Cooperation apparently isnâ€™t in our DNA. Compromise is intolerable. Settling for something slightly less than perfect seems perfectly impossible. Honestly, the best thing we can do is try to support the best Republicans available, stay in touch with their offices, make sure to keep them informed about our concerns, support them against their Democrat rivals and challenge them respectfully and thoughtfully when needed. Primary challenges can be respectful and thoughtful.

The average voter is so sick of hearing vitriol that they tune it out as soon as it accosts their ears. So while it feels good, like sticking pins in a voodoo doll, it has the sameÂ effect. If weâ€™re ever to have a successful conservative message, it needs to be a serious, thoughtful, andÂ positive message. It needs to be a message supported and defended by appeals to the principles and philosophies that justify it and not caustic agitation directed at what is or what was. If we can ever accomplish this and gain the reasonable support of a sensible majority of the conservative movement, we may have a shot changing our nation’s direction in ways that do not require burning it to the ground first.

On the State of the Conservative Movement was last modified: July 6th, 2016 by Steven Brodie Tucker

Republicans always enjoy these cerebral debates about principles and governing philosophies, and factions. I count myself among them. However, this has almost nothing to do with the failure of Republicans to win elections. Our problem is not that we haven’t yet found the right unifying philosophy that will bring Republicans together because there is no such thing.

Democrats have the advantage because are always unified on one thing…. win the damn election. The left has an even bigger collection of divergent philosophies to deal with, but the left will always vote for the Democrat in every US election. They are fully committed to driving the country leftward, and they know the only way to do that requires electing Democrats. Many Republicans would rather fall on their sword and lose the election than let some other faction take the lead. That is why we always have troublesome splinter parties on the right, but the not on the left. Even a self avowed Socialist will run as a Democrat, rather than third party.

The BD website is a great example of the venomous fratricide that goes on every day in the Republican party. Anytime a so-called Republican tells me he just can’t vote for Trump, even if it means Hillary wins, I know I’m talking to either a Democrat, or a useless Republican that will not help us move the country in the right direction, because they don’t care enough to win the election.

1) Cracks have appeared in the Democratic Party, which under the Clintons, and more so under the Obama, has displayed a corruption and criminality which have utterly alienated many Democrats who view themselves, believe it or not, as ‘conservative’ Democrats.

2) Massive numbers of cross-over Democrats, so alienated, may signal a fissure in the bedrock of win the election. In short, excess, even in the Democratic Party, breeds contempt.

3) Right now Trump is Marcus Aurelius to Clinton’s Caligula. a choice of either Big Boots or Little Boots come election day. With Trump, one may expect some reform or relief over the preceding atrocities, but not a sustained era of Reformation.

The establishment ‘appears’ to have their way with us, excepting that in all of the corruption, in all the high crimes perpetrated against the people, the establishment has already sown the seeds of its self-destruction.

The more extreme public policy becomes, the more onerous the taxation, the more dysfunctional the economic and social order, the more the people are disenfranchised, the the less inclined are the people to support the present government of duoply. In the end, an embittered people will not lift a finger to save a worthless government.

It is important that we eternally persist in a virtuous struggle against the evil, because comes the day that The Odious System implodes, something good ought to exist to fill the void.