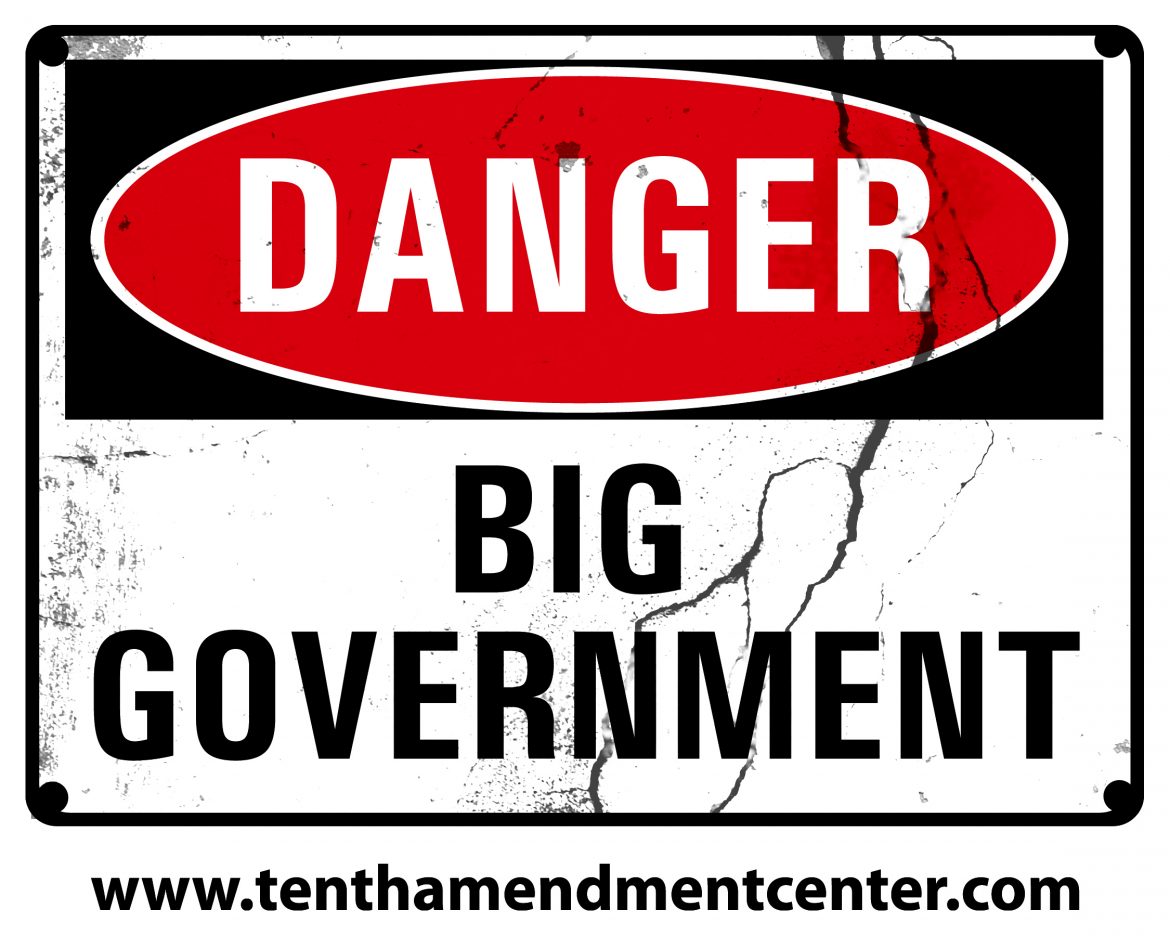 One Ring to Rule them All

We have all seen “Lord of the Rings”, the fictional tale of the effort to save “Middle Earth” by destroying a ring, one that has the power to rule over the entire fictional world.

What does this have to do with politics you may ask?  Well quite simply we have been crafting our own “ring” for over 100 years. Not a ring perhaps, but rather the ever expanding size, scope and power of the throne in Washington D.C.

Those in the “ring of power” will constantly tell you it is for your own good, that by growing government you can either profit from its largesse, taken from others through taxation, cronyism and backdoor deals, or that it will make you more secure in a scary world and finally by being so big and powerful you can use it as a tool to destroy your political enemies.

Nothing can be further from the truth; for we see what overbearing government power is doing around the globe.  Whether it is socialism enslaving the 99% in Venezuela, where the average person does not eat three times a day (even then it may be the family pet) while the elite dine upon “Salt Bae” steaks or the overreaching surveillance state in China or Britain, where in the former you are given “social credit” for state approved behavior or in the latter, where you can be jailed for posting opposing views on social media, government is, as George Washington said, “a dangerous servant and a fearful master.”

Individual liberty and freedom is a new idea, if looked at in scale of human existence.  For thousands of years the ruling class controlled every aspect of the lives of those who were so unlucky to be born under their control.  Controlling what they ate, what they said, where they lived and finally enslaved their bodies to the state, only to die in wars that the ruling class profited from.

But in 1787 our founders created a Constitutional Republic of States, which is what the United States legally is, not a democracy. For democracy is mob rule, where your individual and God given rights do not matter if 51% of your countrymen see benefit in stealing from you.

However, over the passage of time, particularly around 1900 and on, we have seen the very foundation of our Republic slowly eroded as more and more power is given to the Federal Government, while being drained from you and me.

From the Federal Reserve Act, the implementation of the Federal Income Tax, the passage of the 17th Amendment, the creation of the IRS, CIA, NSA, FBI and a whole host of alphabet agencies, the War Powers Act and the Draft, more and more power has been consolidated into whoever sits upon the throne in the White House than ever before in our history.

Whether it is tracking every phone call, email or text you make, to taking away nearly 40% of your gross income while manipulating the value of the remainder through fiat currency, to indoctrinating our school children and finally drafting your body to go fight undeclared wars one ruler decides to engage in, I dare you to say we are truly free anymore.

In plain truth, this is against every principle the Continental Soldier fought and died for.

When President Trump was elected, I wrote a short piece stating that while it may be attractive to use the power, the one ring to rule them all, to punish political enemies, to preserve liberty and freedom in America, it was more important to destroy that power.

Rather than weaponizing the host of Federal Agencies to wreak revenge for eight years under Obama, it is far more conservative to simply eliminate those agencies and that power.  For no matter what, in a short time, the other side will again have control over the Federal Government and the immense power it now wields.

And we can see examples of this occurring all over the world today.  It was just released that Le Pen, the runner up in the French Presidential election, was forced to enroll in therapy to “cure” her beliefs, ones contrary to the elected president.  For while it is slightly amusing to imagine Hillary Clinton in a straight jacket being “cured”, it is extremely short sighted and will result in the destruction of all of our freedom.

Individual life, individual liberty and personal property are the base upon which our Constitution was written and ratified.  It was not written to create a political weapon to be used to punish our political foes, in fact the exact opposite.

In many parts of the world, politics determines who rules who, where the winners kill the losers, rape their women and enslave their children.

We are blessed with political system, one that originally divided power among many levels of government and many branches.  From the limited powers of the Executive Branch, to the Legislative Branch and State vs. Federal power, this marvelous system purposefully made government weak and limited.  For where government is weak, liberty is strong.

And that system, though weakened, still exists today.

If conservatives truly want to conserve the Constitution and the freedom it protects, then they, like the short, hairy hobbits in “Lord of the Rings” must work to destroy our “ring”.  In the movie, many other characters attempt to steal the ring, saying they will only use it for “good”, only, after many trials and tribulations, realize that given that power, in the end it would corrupt them and lead them down the path to tyranny as well.  And finally, over hours of entertainment, the ring is destroyed and “Middle Earth” freedom and liberty saved.

This is one time when I sincerely hope reality emulates fiction.

Around the globe we can see examples of totalitarian governments crushing individual thought, free speech and every aspect of personal liberty, using the violence of government to punish political foes in the false aim of creating a utopia here on Earth.  Such will never exist.

And the only hope for freedom, liberty and our Republic, is to drastically and immediately reduce a weapon that will again be turned on us again, maybe sooner than we think.

One Ring to Rule them All was last modified: September 21st, 2018 by Guest Contributor S. Chris Anders