Latest Posts
Mayor Stoney Panders to the Mob, Lawsuit Says
This week in Memes
Homeschooling the New Normal in Loudoun?
John Massoud and the grassroots conservatives dominate in...
Are Hispanics Victims of “Inequities” in COVID-19 Epidemic?
The Redskins and Assorted Topics
Rich Anderson for Chairman 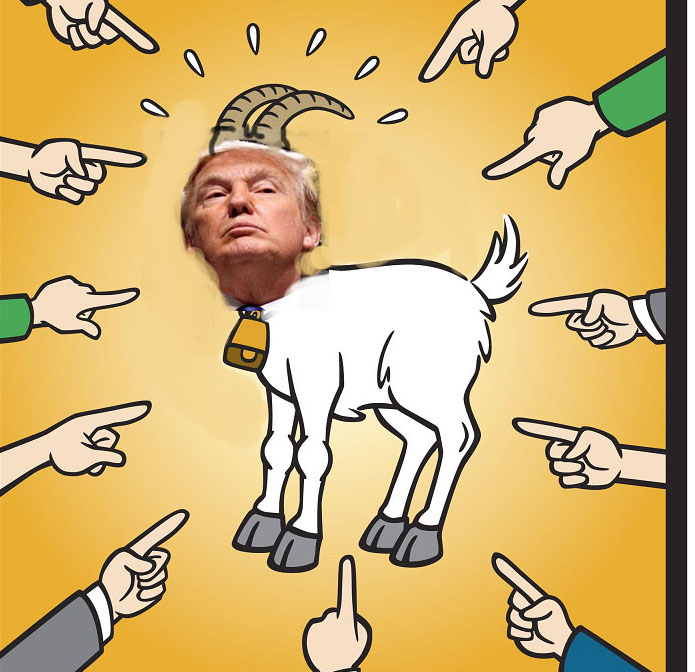 ‘Only when Trump leaves, can Republicans win again in Virginia’

In a recent Washington Post article about the Virginia Senate race, former Bob McDonnell communications director, Tucker Martin, and Ed Gillespie for Governor “strategist”, said “The reality of it is, in Virginia, until Trump is gone, it’s going to be very hard for any statewide Republican.”

Martin’s statement is not uncommon among Virginia Republican leaders and the GOP establishment.  A few writers on this great blog believe that, too.

This defeatist attitude is grounded in the drubbing we got in 2017 and the fact Trump lost Virginia to Hillary Clinton in 2016.  I, a believer in Trumpism and Day One supporter of his in the 2016 campaign, acknowledged this on a few months ago on TBE that Ed Gillespie, Jill Vogel and John Adams – along with some 17 GOP delegates – were drowned in the anti-Trump wave (although I believe Gillespie needed to change the conversation which he did not).

And, this fall, not just in Virginia but other states, we may see another anti-Trump wave with millions of professional class voters flocking to the polls to vote out any Republican just to “send Trump a message.”  Our chances of defeating Tim Kaine for a 2nd term in the Senate are not good, and we also may lose two House seats, by my estimate.

But this attitude that Trump is the problem defies the fact that even before Trump stepped on the 2016 campaign stage, Republicans were losing statewide in Virginia.

These party leaders and folks in the “Never Trump” crowd seem to forget that Gillespie lost to Mark Warner for Senate in 2014 and in 2013, when we nominated probably the most principled conservative slate for Governor (Cuccinelli), Lt. Governor (E.W. Jackson) and Attorney General (Mark Obenshain), we lost all three – the first time Republicans failed to win a statewide constitutional office since the early 70s.

Barack Obama won Virginia in 2008 and 2012, carrying into the Senate Mark Warner and Tim Kaine in each election.  In 2006, George Allen lost re-election to the Senate. No Republican has won a U.S. Senate race since John Warner in 2002.  In 2005, Jerry Kilgore lost the governor’s race and Warner and Kaine won election in 2001 – just a year after George W. Bush carried the state.

Since 1997, the only time Republicans swept statewide was in 2009 with the famed “McBolliNelli” slate, an election won on bread-and-butter issues like transportation.  That’s where Gillespie failed in 2017.

But scapegoating Trump enables Republican leaders in Virginia to escape accepting responsibility for keeping Republicanism relevant and competitive.  They also can avoid efforts to try to woo new voters, which I acknowledge is a challenge.

I have won four campaigns of my own in Loudoun County and worked on many others.  I have seen how Northern Virginia has morphed into what I jokingly call “North Jersey Virginia.”

But the reality is Virginia has been changing demographically for years due to the influx of non-white residents (immigrants) and Northeasterners seeking jobs and lower taxes.   The Republican Party of Virginia and local units have done very little to address this.

It is said you “cannot educate people during a campaign,” but you can certainly do outreach during off years.

You’d think Northern Virginia and Hampton Roads-area residents whose livelihoods depend on Defense jobs, or who moved here to escape Big Government, would like to know what hundreds of Republican councilmembers, supervisors, General Assembly members and members of Congress are doing to preserve our quality of life.

But instead, RPV is trying to talk to within (the grassroots)  — a desirable goal, I guess – but that is not going to make as much of a difference as reaching out seriously to “New Virginians.”

California’s state party is doing that now with its “New Way” effort  – something that should have been done years ago, to be frank.

“Outreach” to focus groups of New Virginians also means talking to Muslim, Indian, Asian and African voters who may be skeptical of us due to Trump’s tough border protection policies, but those policies ensure are designed to ensure we are not a nation of dependents and low-wage workers.

Finally, let’s be real.  Trump is running for re-election in 2020  and at this point, there is no decent Democrat challenger to stop him from getting a second term.  A GOP primary challenge to him is being discussed – but how often does an incumbent president lose the nomination of his party?  Will this standard bearer be Jeff “the” Flake of Arizona? Do you really think Ted Cruz or Marco Rubio can raise the money and if they get the nomination,  captivate Democratic voters the way Trump did in 2016? Not likely.

But in Virginia, we have a problem that ONLY our party and its electeds can solve.   If we continue to scapegoat, and fail to reach out meaningfully, Republicans will not win statewide again and Virginia will become a one-party liberal state like New York, New Jersey, Maryland or Illinois – regardless of whether Trump is president or not.