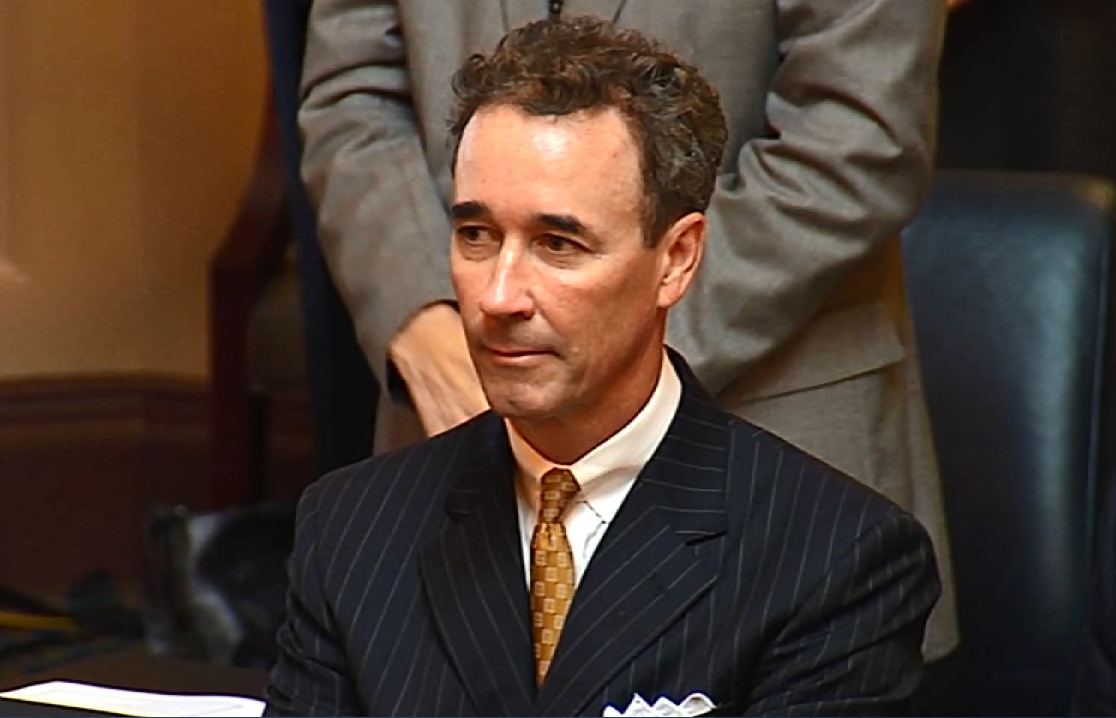 Oops, He Did it Again, Accusations Against Joe Morrissey

In February Kanika Shani Morris was a client of Joe Morrissey’s after being charged with fraud when she failed to return a rental car. According to Morris, Morrissey exposed himself to her and pressured her to have sex with him in his law office. When she rejected him he turned her case over to another lawyer in Morrissey’s office who advised her to take a plea deal which she did not want to do.  According to Morris, She wanted a jury trial but was told she hadn’t paid Morrissey enough moneyfor that.

A Henrico County judge has allowed Ms Morris to withdraw her guilty plea.  The charges against Morrissey are under investigation. From an interview with the Richmond Times Morris said:

“You always hear, ‘Joe Morrissey is a fighter.’ I heard it today, “If anybody, I would hope that he would be able to help me. … He’s more worried about what you can do for him sexually. What he can get out of a woman.”

Morris claimed after she refused Morrissey’s advances he continued to text her explicit sexual messages which she provided the Richmond Times.  At the time Morrissey was recently engaged to his current wife who was at the time pregnant with their second child.

Morrissey issued the following statement on the charges against him:

The allegations set forth in the Richmond Times Dispatch are absolutely false. I did not handle her guilty plea. The two lawyers who represented Ms. Morris will confirm that her allegations are specious. Here are the facts:

Several years ago (approximately 6), I met Kanika Morris, a flight attendant for a local airline. She was a girlfriend with whom I had a brief relationship.

It is my recollection that sometime later in February 2016, there were some flirtatious texts back and forth between Ms. Morris and myself. Notwithstanding the flirtatious text messages, at no time were we ever alone or otherwise intimate.

I assigned two different attorneys to handle her case. First Ms. Mullins and then Mr. Galanides. Thereafter, Ms. Morris stopped by the office on several occasions to drop off paperwork. On each and every occasion, Ms. Mullins met with Ms. Morris and I did not have any contact with her whatsoever.

The last contact that I recall having with Ms. Morris was in June of 2016.

At no time did she ever tell any attorney that she was dissatisfied in any way with the firm’s services or with me.

Thereafter, Paul Galanides took over the case and had 100% contact with her. He handled her sentencing and she was given a 90-day jail sentence. The last communication I had with Ms. Morris was when she called my office to say that she was disappointed with the results and demanded that I do whatever I could to have her avoid jail time. I took this as a threat and did not return her call. She then texted me. I did not return her text.

In a Friday night press conference at his home Morrissey denied the charges but did admit to sending Morris ‘flirtatious’ text messages. After that Morrissey’s wife Myrna asked the reporters to leave their home.

“I nicely asked you guys to stop the questioning, and to stop your video and to please exit my home,” she said, cutting Joe Morrissey off as he tried to answer additional questions. Their two young children were, at times, heard crying from another room. “I can’t ask you guys any nicer. Please.”

Not a happy wife.

As hard as it is to believe, Morrissey continues to lead in the race for Mayor of Richmond.

Oops, He Did it Again, Accusations Against Joe Morrissey was last modified: October 29th, 2016 by Jeanine Martin

What a prize this simple girl has gotten with old Joe! One thing to be said, always entertaining.

The real news here is? This could make Fightin’ Joe even more popular, and he could now possibly win the Richmond mayor’s race by an even bigger margin!

By golly, with either Trump or Hillary as president, and Joe as mayor, how can America go wrong!

Just imagine a mayor Joe, and either Trump or Bill, in the Oval Office comparing their “packages” while smoking cigars.

So Myrna be all like ‘that bimbo was twice my age!’

I know I shouldn’t, but I be all like LOL!

I just realized who Joe Morrissey reminds me of! Anthony Weiner!

I think the 30-36 year old Stewardess (Richmond Air??) is a little long in the tooth for his liking.