Op-Ed by Dave Brat: We Can Still Get Healthcare Right

The GOP’s Obamacare replacement bill was pulled by Speaker Ryan before it came up for a vote on Friday. No doubt, this is a disappointing setback in our goal to repeal the collapsing health care law. By now you have heard the radio pundits and read the press reports on the politics and the personalities that led to Friday’s outcome. When the focus shifts to politics instead of policy, it is important to go back to the fundamentals and revisit the facts at the center of the debate. I also want to reassure you that I remain committed to repealing Obamacare, and to making real (not false) progress toward that goal. 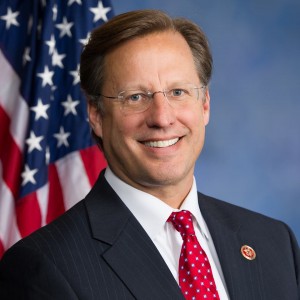 First, the politics. Much of the finger pointing has been directed at the House Freedom Caucus, with rhetoric like this: Its members are not willing to compromise, and cannot get to “yes” on anything. The response to this is very simple and true. Prior to this year, the House voted to repeal Obamacare more than 50 times —when it was clear that President Obama would veto the bill. The problem we are facing is that some of the people who voted for repeal 50 times will not vote for repeal when it counts, when it is “our moment in time,” with Republicans in control of Congress and the presidency. It would stand to reason that if we truly want to pass a bill, to make good on our promise of the past 7 1/2 years to repeal and replace the broken law, we would put the same bill forward that already passed with near unanimous GOP support. That right there is the problem, that some are ducking for cover when the vote matters most, and so the blame game misses its mark.

Second, on the process issue, the Senate made it clear they would not take up this bill for another month. So, why the rush? The House leadership unveiled the plan to the full membership just three weeks ago, after releasing it in bullet points, and the plan itself had little resemblance to the bullet points. One of the earliest criticisms of Obamacare was that it was rushed into signing, with no transparency, memorialized by Nancy Pelosi’s famous line that “we have to pass the bill to see what’s in it.” We do not need to recreate the mistakes of Obamacare. When you are dealing with a bill that impacts the lives of every American, and represents 1/6th of our economy, we need to take the time to get it right. And we’ve all seen what happens to bills in the US Senate; we are virtually guaranteed that after all of the deal-making the bill will be even weaker than it is currently. Several senators let me know that they expected that their chamber would actually gut the entire bill and send it back to the House for passage.

Third, on the policy. The GOP leadership’s bill included premium increases of 15 to 20% until 2020. That is not progress. While some were led to believe we were getting a repeal of Obamacare, this bill left in place the worst planks of Obamacare, the parts that drive up the cost of insurance. If you want to be able to shop for your health insurance, like you used to be able to, that was not in this bill. If you want your premiums to go down to where they used to be, that was not in this bill. If you are a young person who just wants to go out and buy a bare bones insurance plan that fits your life and needs, that was not in this bill. In fact, the federal bureaucracy would still be in charge of telling insurance companies how to do insurance, and that is the major problem. The federal government is doing insurance just like we had the federal government doing mortgages right before the financial collapse.

Last year I put forward a bill that expanded Health Savings Accounts that would give patients (consumers) more control over how they spend their healthcare dollars. Large HSAs are a positive piece to healthcare reform, when combined with a market-based system where people shop and compare prices for policies in a competitive market. The key point here is a competitive, transparently priced market where insurers compete for a customer base with plans for different needs. Instead, the GOP healthcare plan maintained a federally mandated product that is very expensive with huge deductibles. While people were no longer mandated to buy insurance, everyone who does purchase insurance would end up paying just as much as they are now, and prices would continue to rise.

That brings us to where we were on Friday. Members in various groups both moderate and conservative, were making very good progress negotiating with President Trump, who as a businessman understands the issues at play. We were on the verge of getting rid of the most price-inflating regulations but we ran out of time because an artificial deadline was imposed.The artificial deadline was imposed because polling data showed only 17% approval for the bill from the American people as the replacement bill headed to the House floor. The day before the vote the calls into my office were 700 against and 100 calls for the bill.

My constituents are understandably confused as to how this could happen after they elected Republican majorities who campaigned on the promise to repeal Obamacare. It happened because this bill emerged the way DC has worked for years; the bill was crafted under cover in committee, with no discussion or input from groups with different ideas. There was no debate of competing bills anywhere along the process. Bottom line, the conservative members were left out of the drafting of the bill. In fact, the leadership team went so far as to say that “there is not a place for them to survive in this world”. I want to reiterate that point, it is a quote coming from our leadership team about the Conservative members in a Conservative conference in the Conservative party. Truth of the matter is that far more moderates than conservatives were breaking away and voting no on this bill, yet somehow this point is never reported. It is always a blame game toward the conservatives in the conservative conference by leadership.

President Trump was left with legislation that was deeply flawed and would have hurt many Americans, especially senior citizens. I have said repeatedly through this process that, like you, I want President Trump and his agenda to succeed. If this bill that essentially embraced and replicated Obamacare would have passed, it would have weakened our president tremendously as the facts emerged about this bill both in policy terms and in political terms. And, it would have failed to bring real relief to Americans who deserve better. That is not progress.

Finally, it comes to compromise, I will conclude where I started. Over the past seven years, Republicans voted to repeal Obamacare over 50 times and that should have been our baseline starting point; instead, we started from the basis of Obamacare-lite and then we were promised a couple of concessions. But free markets were nowhere to be found. In the end we were compromising beyond comprehension with President Trump on a bill that included the entire structure and architecture of Obamacare, with even my Democrat colleagues agreeing on that point. At present, Obamacare is in a death spiral because prices are increasing and revenues are going away. I am afraid that the logic of our own bill would replicate exactly that outcome in about two years. Under our own logic we would be heading for another death spiral and we could not allow that to happen to our president and to our party and to the people of this country.

When it is campaign season, everyone speaks like a conservative, but the truth becomes clear when it comes time to vote. The easiest way to sort out who really wants to repeal Obamacare is to put the 2015 bill up for a vote this week. If our party does what it says it wants to do, and follows through on the promises we have made to the American people, we can be done with Obamacare once and for all. And then we can get back to work on truly improving the health-care system, getting the federal government out of the insurance business, and making it possible for people to once again buy the low-premium coverage they prefer.

That would be real progress.

Congressman Brat represents Virginia's 7th Congressional District. He is a member of the House Budget Committee, Education and the Workforce Committee, and Small Business Committee. He and his wife, Laura, have two children, Jonathan and Sophia, who attend public school in Henrico County.