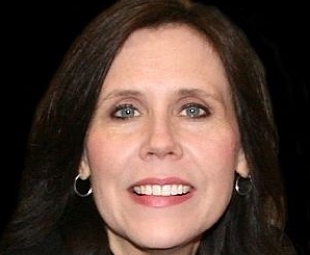 I am a resident of Virginia’s Seventh Congressional district, one who proudly supports our Congressman Dave Brat. Congressman Brat is unique in elective politics. Not only did he campaign on issues of curbing illegal immigration using the rule of law, fighting for the overburdened tax payer and common man, and standing up to corrupt leadership in Washington, DC, but he has actually governed on those principles as well. He has delivered for the voters of the Seventh District, made promises and has actually kept them; something almost unheard of in the real world of politicians.

As promised in his first campaign, he has held Town Hall meetings all across the district on a regular basis, taking tough questions from his Constituents without handlers or political consultants by his side. He is truly a man of the people representing the people of the District.

One might even say the Dave Brat’s election was a foreshadowing of the political revolution we now find ourselves in during this political season. Over and over, caucuses after caucus, primary after primary, voters have rejected politics as usual. They have rejected the Washington power brokers and party elites, and have fueled the campaigns of anti-Washington politicians, Donald Trump and Ted Cruz.

One too cannot help but notice the comparison this year in the race for Republican National Committeewoman in Virginia. As I have heard Cynthia Dunbar campaign across the seventh district, speak about her work on the Texas school board, and how she governed as an elected official on the same values in which she campaigned, I was compelled to look into her record. It didn’t take much more than a simple google search to realize where she stood.

I asked myself, “could lightning actually strike twice? Do we really have an opportunity to elect another Virginia political leader that will act on the promises that they have campaigned on?”

As I continued to investigate the race a bit more, I couldn’t believe the continued similarities between these 2 candidates. Cynthia Dunbar has promised to take on the party bosses and challenge the elitist power brokers who manipulate and dominate the RNC. She has committed to using her skills and background as a Constitutional scholar and accomplished attorney to challenge those who would manipulate the rules and thwart the will of the grassroots, with their goal of holding on to power and control. She has even boldly proclaimed that we should hold Republican office holders accountable to the party platform and support a challenge to them if they do not.

Dave Brat promised to take on the power brokers in DC, and went on to help lead the fight to oust Speaker Boehner. Brat called for challenges to politicians not representing their Constituents or upholding the Republican Creed. This is how he won in 2014 because Eric Cantor lost sight of who he represented and the principles of that Creed.

On the other side of the race for RNC Committeewoman, just like in the case of Eric Cantor, you have a campaign being run based on that of political legacy, one that is more about endorsements and connections to the politically powerful than a commitment to the people. The other side has gone as far as to taut the length of residency in Virginia as the most important criteria for the job.

Dave Brat was born in Michigan and lived in Minnesota before he became a resident of Virginia, while Eric Cantor, on the other hand was a lifelong Virginian.

I would ask you, are our Virginia values more about an address or about principles we are willing to stand and fight for? Does Michigan born Dave Brat embody those values more than life-long Virginian, Eric Cantor? Is Cynthia Dunbar’s almost decade long residency in Virginia and lifelong commitment to fighting for our party’s principles the right choice to take on the RNC?

This critical race for party leadership to represent your voice at the RNC is simple; you can vote for politics as usual, for the one who covets the office because they’re lifelong Virginian’s with political legacy, political connections, and because its, “their turn”. Or you can stand with someone who will stand with you, who have taken on the political power brokers for the sake of principle and represent the will of the people. That someone I would submit is Cynthia Dunbar. She’s proven, tested and will deliver because she already has.

Cynthia was a law professor of mine at Liberty University school of Law. She is one of the most articulate and effective spokespeople for our Constitution and our Judeo-Christian worldview that I have ever met. She will not just be a conservative vote, but a leader and a fighter for what we believe. She is a breath of much needed fresh air for the Republican Party of Virginia!

My wife and I heard Dunbar at a political meeting. Impressive, hopefully, like Brat, she will overcome the machine.

Great article – I whole-heartedly agree! I intend to vote for Cynthia Dunbar too, for the reasons you listed.

I want fighter who will oppose the entrenched corruption in the RNC and bring much needed transparency to the convoluted and rife-with-abuse process – and Ms. Dunbar’s that gal who will!

Dave Brat has accomplished absolutely nothing being 0.23% of Congress. (Saying “no” to everything is not an accomplishment, no matter how much you think it is.)

Virginia’s Republican National Committeewoman is 0.67% of the national committee. Expect the same results no matter who gets voted into the office.

giving into the progressives and cutting deals with Nancy Pelosi is NOT what we sent him to Washington to do. go see him and learn what’s really going on up there. He shares with all his audiences and it’s rather astounding. When we have more of him and eventually have the majority, his “no” votes will become “yes” votes.

You should look up the word “compromise” and learn that it’s not a bad thing most of the time.

You’re never going to have a majority of Dave Brats in Congress.

Listening to people like you we most likely would not achieve anything but a “no” vote. Fortunately we have wised up and now realize that all this talk of compromise and reaching across the isle is what has brought us to the edge of the pit of Socialism. I call it Republican complicity.

No doubt it will take adding more “no” votes to governance in Washington to stop the slide to Democratic Socialism or Corporatism. It is only then that we can begin reversing all of this Progressive progress and make America what it is intended to be.

What does that even mean? Another 50+ useless votes to repeal Obamacare?

Everyone is going to be in the minority one day. Learning to compromise (on both sides) keeps the process going.

Usually when I see the left make the statement ” what does that even mean?”. It tells me that you know what it means and you have no arguments to refute it.

Why keep the process going in the wrong direction? It is not keeping the process going (Overton Window type process) that I care about, it is the direction in which we are heading that must be stopped and reversed. It has to start somewhere and at some point in time; why not here and now.

We can always keep doing what we are doing: piling on more debt, ignoring the Jihadist threat, destroying our culture by willfully opening up our borders, degrading our military, etc. All thru compromise with the left, until the country fails, just like all of the tyrannical societies have always done. Socialism does not work, it is designed to not work and it does not matter if it is imposed by revolution or slowly invited in by the electorate. Reality bites for the utopian statist.

I’m not “the left”. I say “What does that even mean?” because all you have is a bunch of generic talking points that have no substance.

Example: In the last 4+ years of Congress, the Republicans could have worked together and came up with a viable alternative to Obamacare and laid the case to the American people on how their plan would be better. That didn’t happen.

I did not imply your were a lefty, only that you employed one of their tactics. I know what compromise means and only have to look at the Federal government too see its results.

The only compromise that I am interested in is a compromise between two alternatives were both are Constitutionally based and the debate and compromise is to determine which is the best approach.

I am absolutely not interested in compromising with the left on anything because I know all it does is move them closer to their goals and objectives. It is not just about getting things done, it is about what those things are and are they Constitutional.

I was always proud that I NEVER COMPROMISE on CORE PRINCIPLES or VALUES! Our culture and our country is in ruin because people have compromised time after time… it’s NOT a GOOD THING!

I’m happy for you. I hope you enjoy life, knowing that you will never be involved at the bargaining table when real decisions are made.