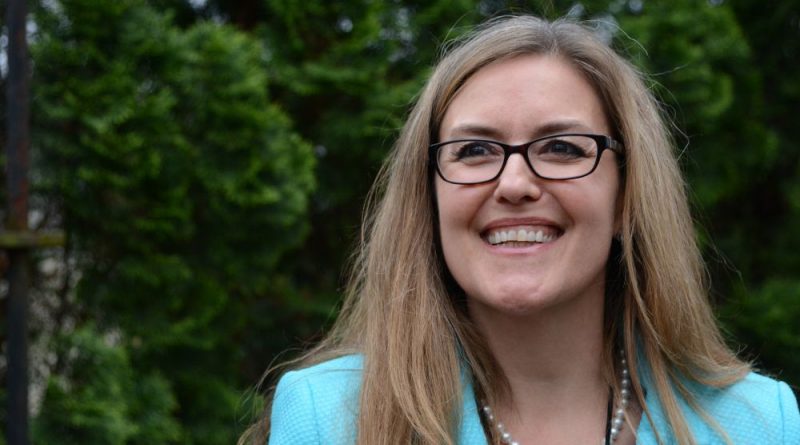 Jennifer Wexton, to the left of Ruth Bader Gingsberg

OP-ED: Wexton is simply too far out in left field

The Democrats have picked their nominee for the 10th District race, and Nancy Pelosi has made it a top priority to win this seat so she can become Speaker again.

Democratic nominee Jennifer Wexton has the standard Democrat positions – she’s made clear she wants to repeal the historic tax cuts that are boosting our growing economy, and she has supported every tax increase put forward in Virginia over the past few years.

The Virginia Chamber of Commerce ranks Wexton in the bottom half of state senators who are friendly to business and entrepreneurship. She even opposes Virginia’s right to work laws.

On the primary election night, Rep. Gerry Connolly announced that Jennifer Wexton would represent “the resistance” in Congress. Indeed, Jennifer Wexton has demonstrated she wants to be a voice of resistance and petty partisanship, not getting results for the 10th District.

One notable example: In 2016, she joined a small group of far-left state legislators who signed a letter opposing the renaming the George Mason School of Law after a longtime Virginia resident of the 10th District and distinguished jurist – the late U.S. Supreme Court Associate Justice Antonin Scalia.

Wexton would have preferred George Mason lose $30 million in donations for the law school and scholarships, which have helped numerous law students, like myself, avoid crushing student loan debt.

How out of touch was Wexton’s partisanship?

The Law School faculty voted unanimously, with one abstention, to support the name change. University president Ángel Cabrera said the historic gift of a $30 million donation and renaming would “continue our goal to make Mason one of the preeminent law schools in the country.”

Supreme Court Justice Elena Kagan attended the dedication ceremony of the renamed Antonin Scalia Law School at George Mason University and celebrated Justice Scalia as a “remarkable judge and teacher” who will be remembered as one of the greatest justices in history. Speaking at a dedication ceremony marking the name change, Kagan praised Justice Scalia for transforming legal culture and challenging law students “to think harder than they’ve ever thought before.”

Even The Washington Post’s editorial board noted, “The $30 million is the largest financial contribution to the law school in its history, and the good that money could do in the way of new scholarships and strengthened programs should not be sniffed at, especially at a time of shrinking public support.”

Unlike Justices Ginsberg and Kagan, who embraced a diversity of views in legal thinking, Jennifer Wexton fears it, and offered “resistance” and would even forgo scholarships for many Virginia students to silence diverse views.

The broad consensus across the political spectrum rejected her partisan thinking – and the law school and its students, like myself, are better for it.

OP-ED: Wexton is simply too far out in left field was last modified: July 26th, 2018 by TBE Staff

There are 2 Democrats running in the 10th. Comstock and Wexton. May the best Democrat win in November. Wexton refusing to piss away $30 million for more crooked lawyer production is definitely A plus+++++.

No way a Republican could win in the 10th.

Wexton has been groomed for years by the Democrat establishment. She has been an utterly useless state senator for Loudoun and would be an utterly useless congresswoman too. Unfortunately, our local media has given her a free pass on everything. She is, however, a far left wing nut job and would do nothing to make the 10th District any better. As Erickson said, 50% of what Comstock does is good but we’d get 0% from Wexton.

Very well said. Wexton would be a total Pelosi sellout. I have yet to see anything bipartisan out of Wexton.

Notice all the bad press Comstock gets pummeled with every election cycle. It is because of her votes some of which I agree with. On the home front I do not agree with my wife 100% of the time but I do agree with her over 50% of the time the same for Barbara. Wexton on the other hand I agree with about 1% of the time and then I need to triple check it. Barbara may not be perfect but Wexton is abnormal. For Chris k we cannot turn the other cheek this election vote for Comstock!

I for one am kind of sad they did not name the school the Anthony Scalia School of law. It would be a great honor to graduate from ASS law.

Hmm.. makes you wonder if she was the best choice for a purple district

She was the best choice of the cards dealt. In hindsight, any Republican could do better, but conservative constipation forced her nomination.

I think that Corey and The Donald will drag her across the finish line yet while will resent and not appreciate the effort.

Yes, I agree, Jennifer is too far left for TBE staff. 100% correct. Seems strange you need to tell that to the right wing. Why are you concerned that the TBE reader would vote for her? Not happy with your candidate, I suppose.