Op-Ed: Why This Libertarian is Voting for Ken

A vote for Ken is the Only Way to Continue the Political Rise of Libertarians.
Op-Ed by Jay Laze. 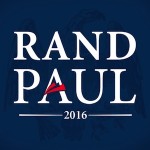 Many Libertarians say â€œI need to vote my conscience.â€ But voting purely on who you perceive is the best Libertarian running hinders politically astute and successful Libertarians who have a strategy higher and farther than what (Robert) Sarvis offers.

Politics is a team sport, so â€œvoting your conscienceâ€ as a Libertarian means this:

The Libertarian Republicans have already proven third parties don’t work and that the system is stacked against them.

Dr. Ron Paul, who has 30 years political experience and has earned the trust of Libertarians in his runs for President, as well as his son US Senator Rand Paul, and all other experienced Libertarians have chosen the proven strategy of commandeering the Republican Party in the name of Liberty.

And IT IS WORKING.

In a mere 6 years, we now have 33+% control, and Ken Cuccinelli is another step up. I personally consider Ken to be 50% Libertarian and 50% conservative. By electing Ken, we can push our numbers closer and closer to 50% control — which is more than the 33% we Libertarians have now.

This will pave the path to getting Rand Paul elected in 2016, which can push us past the 50% mark, and into majority territory by 2017.

Based on a single-vote election system (no run-offs), our Republic can only support a 2-party system to function the way we want it to with the results we desire as Libertarians. If a third party enters, it’s a political-scientific fact that a phenomenon called the â€œspoiler effectâ€ tilts the outcome toward the major political party that is philosophically most disparate from the other two. In this case, Sarvis playing he role of “spoiler”, tilting the election away from Cuccinelli to McAuliffe. We don’t want to see this effect ruin the razor-thin chance we have at succeeding in the Libertarian mission for which we’ve bled for the last 6 years.

The only way forward is for the Liberty movement to continue to grow its significant influence within the Republican Party.

Ken Cuccinelli IS that influence â€“ in spades.

Please join me for voting for Ken Cuccinelli on Tuesday !

Op-Ed: Why This Libertarian is Voting for Ken was last modified: November 3rd, 2013 by TBE Staff