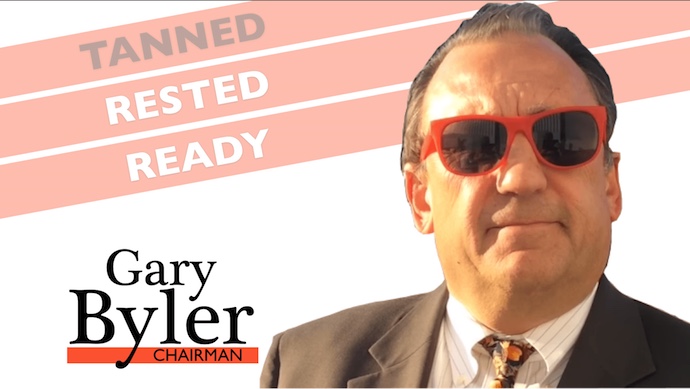 I have worked with Gary C. Byler for over a decade and it is no secret that I call him my friend. I know Gary in both a professional and personal capacity, and can attest to his most steadfast focus on issues that matter to this District, the Commonwealth and the nation as a whole.

Chairman Byler continually provided assistance to our small unit, one of the smallest in the State. We constantly had his ear and on several occasions he made available funding sources so we could have a local headquarters for the 2012 and 2013 election cycles. In both of those years, we were able to elect a Republican candidate for Congress and, for the first time since the 1970s, an openly-Republican candidate for the Board of Supervisors.

Due in a large part to Chairman Byler’s support, the Northampton Unit was awarded the Outstanding Unit Chair Award from the Republican Party of Virginia for 2012. This is a phenomenal accomplishment considering that there are over 120 units eligible for this award, 99% of them larger and better funded than Northampton.

Gary was often overheard saying “The large Units have many great, dedicated and diverse resources, but it is the small Units that critically need Second District support.”

The important part of Gary’s tutelage was not just providing some funds and a kind word from time to time, but also the active mentoring and development of the talent at both the District and Unit level. Gary was constantly inquiring about local conservatives that we could run for office. In fact, this commitment did in fact result in the election of local Republicans in the District.

It has been my great pleasure to know many fine Republican leaders from all ends of the Commonwealth, many of whom I am proud to stand by… none more so than Gary Byler.  I commend him to you to be the next Chairman of the Second District Republican Committee.

OUTSTANDING John! So true and so very well written.