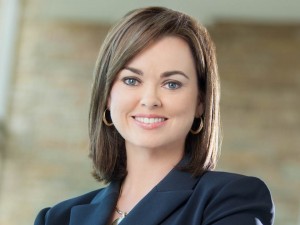 No matter how much we hear about gridlock, our elected leaders are largely in harmony because government budgets keep growing, taxes keep increasing and few politicians, Democrat or Republican, can ever say â€œno.â€

Take for instance the expansion of ObamaCare. It would collapse without Medicaid Expansion. Republicans in the House of Delegates â€œopposeâ€ expansion while our Democratic Governor and Democratic-controlled Senate favor it. It appears Virginia is headed for an epic Washington-style government shutdown scenario, right?

Wrong. What if I told you “Stone Cold” Steve Austin wasn’t really as worried as he looked as Vince McMahon entered the ring to his theme song “No Chance in Hell” booming through the arena?

A wrestling fan site laid out the following formula for an epic match. First, the fans need to know who is fighting so take your time building the rivalry. In one corner we have Governor Terry McAuliffe (aka â€œT-Macâ€), who is just looking out for the little guy and believes bigger government will fix anything. In the other corner is Speaker Bill Howell (aka â€œThe Gentleman from Staffordâ€), a legislative veteran who has vowed to not become â€œentangled in Obamacare.â€

The build up to the big match started last year when Governor Bob McDonnell was determined to cement his legacy with a transportation package that would address years of neglect of critical road infrastructure.

The goal was worthy but the execution was sloppy, and predictably, politicians diverted much of the resulting revenue for other uses. The Governor mismanaged the rollout and despite Republicans controlling all three houses of government, Democrats successfully demanded a path to Medicaid Expansion in order to seal the â€œhistoricâ€ transportation dealâ€”and an historic tax increase. Wisely, Democrats even had Governor McDonnell put in writing that the â€œagreement on Medicaid would be contained in budget language.â€

But how would Republicans protect their flank from their own base in their next election and maintain their conservative credentials? Simple: call it something other than Medicaid Expansion and make sure the voters never know the full truth.

As the main event gets closer, employ professional wrestlingâ€™s second principle: get your allies and your enemies involved, even if it means they sometimes switch roles. The beauty of a budget is you can make the language so gray you have plausible deniability, and can slip in almost anything without the people even knowing what you did. That requires certain skills and bipartisan cooperation among budget conferees and leaders.

Outgoing Governor Bob McDonnellâ€™s 2013 budget, the House of Delegatesâ€™ budget and Governor Terry McAuliffeâ€™s budget are exactly the same if you compare the body of the bills side-by-side, except for amendments that McAuliffe tacked on, which call for Medicaid Expansion. The amendments can easily be â€œde-coupledâ€ from the budget when you already achieved your goal in last yearâ€™s budget deal and strengthened it within the body of this yearâ€™s bill.

Forcing members to vote before reading the budget is critical when pressuring legislators to pass it, so roll it out minutes before the vote. Odds are, many wonâ€™t catch the language that pays for expansion by appropriating the funds, â€œfor such costs as may be incurred to implement coverage for newly eligible individualsâ€ under the Affordable Act, thus â€œentanglingâ€ Virginia in Obamacare expansion and paying for the â€œcoverage gap.â€

The last and most crucial principle for a royal rumble: TALK, TALK ,TALK. As some promoters have said, â€œThe promo work is more important than what goes on inside the ring.â€

And we sure get a lot of talk. But for those who have ringside seats, it quickly becomes obvious that those punches didnâ€™t really land and the script has already been written.

Entertainment can be fun but this isnâ€™t â€œjust politicsâ€ for those whose healthcare coverage could mean life or death. This fake fight causes unnecessary stress and anxiety because the end result will be ObamaCare Expansion. Itâ€™s simply a question of whether the Governor expands using the authority the General Assembly protected in the budget, or whether both sides agree to call expansion something else.

The political party bases wonâ€™t know any better. Democrats will be happy because ObamaCare expanded. Republicans will be satisfied because they believe their elected leaders fought a valiant fight. The politicians win because they can be re-elected and the big business cash keeps right on flowing into campaign accounts. Everyone wins, except the average Virginian who works hard, raises their family and foots the bill– all without even getting a ticket to the main event.

[…] we can’t let our guard down with Republicans, because of what is reportedÂ hereÂ andÂ here, they are at least holding the line […]

These guys promise they can move mountains, if they only get elected. Then, once in, say “gee, I tried”, pointing a finger with lots of excuses. They are all the same—Dem and R’s alike. Mark Obenshain purports to be a property rights activist, but then look at his voting record. I voted for him (them), but I am now glad he and Ken C. lost. They are no better or worse than what we got. Sad.

ABSOLUTELY – On target. In fact, many people I know are like myself, they can not tell the difference between a Democrat and a Republican as we get about the same results from both. I am in awe how these politicians can even think that this continued growing debt is going to work itself out. It can’t !!