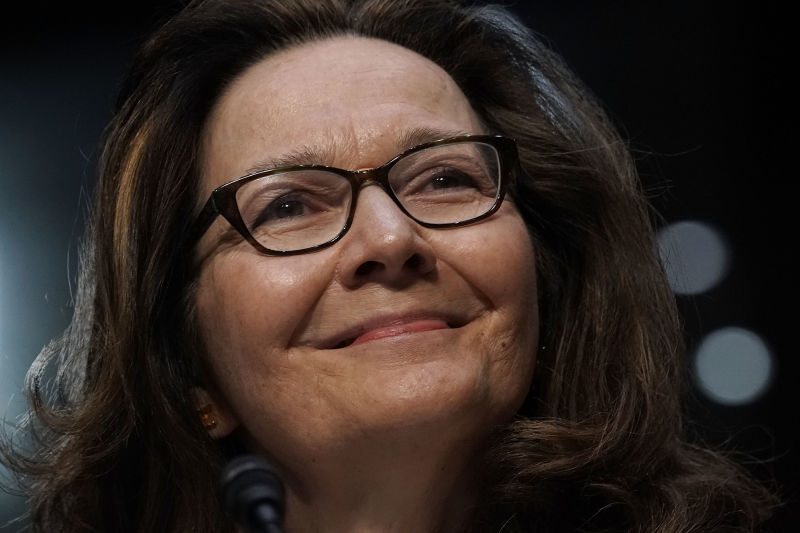 At her confirmation hearing this week, several senators noted that Gina Haspel may be the best qualified candidate ever nominated to lead the CIA. She has over 30 years of experience at the CIA, has taken on some of the toughest assignments, and has received numerous awards for her service. During her confirmation hearing, Haspel demonstrated her intelligence, poise, and deep affection for the CIA and her country. But, it was an unusual hearing in that Haspel was asked very few questions about China, Russia, North Korea, Iran, or terrorism. The questions, particularly those from Democratic Senators, focused on the enhanced interrogation and rendition programs that the CIA halted over ten years ago.

Haspel, like former director John Brennan, was at the CIA when these programs were active – programs that were approved by the President and the Department of Justice and disclosed by the CIA to Democratic and Republican leadership in the House and Senate. Brennan was a senior leader then, and Haspel was a middle manager. Nevertheless, she is receiving far greater scrutiny than he received at the time of his confirmation. This appears to be driven by partisanship rather than Haspel’s credentials. During her testimony, she made clear that these programs now violate the law, and she will not authorize the CIA to engage in these activities under her watch. That should satisfy the doubters.

Haspel has received remarkable praise and support from former CIA Directors including Trump critics Michael Hayden and John Brennan. Seventy-two CIA officers endorsed Ms. Haspel in a letter released on the eve of her confirmation hearing that stated: “Some of us have known her for over 30 years since she was a first-tour operations officer. Others worked closely with her after she reached mid-level management ranks and then later as one of the most accomplished Senior Intelligence Service leaders the Agency has produced. In her, we saw the image of what we want a peer and leader to be: someone who offers professional respect, a person who commits to the highest standards of conduct and ethical behavior, and a bold but pragmatic decision-maker who places the interests of our nation above personal advancement or petty politics.” The breadth of support for Haspel’s confirmation from her CIA colleagues and national security leaders from Republican and Democratic administrations is evidence of her leadership, professionalism, and dedication to serving the CIA and her country.

Senator Mark Warner is the Vice Chair of the Senate Intelligence Committee, and he represents many CIA employees who are residents of the Commonwealth of Virginia. He voted to confirm John Brennan as CIA Director notwithstanding Brennan’s leadership role at the CIA during these programs. Gina Haspel deserves the same support. She is eminently qualified. If Senator Warner votes against her after voting for John Brennan, it will be reasonable for Virginians to assume that he is employing a double standard to serve partisan interests rather than doing what is right for the CIA and the country.

Senator Warner has approached national security issues in a bipartisan fashion, working closely with his Republican counterpart, Senator Richard Burr. In a dangerous world the CIA needs strong leadership. Senator Warner should join Democratic Senator Joe Machin and Donnelly in putting aside partisanship and vote to confirm Haspel. She’s the right person for the job.

By the way, a straight forward examination of history shows that torture does work. Al Queda has a published torture manual available online.

The real issue is how reliable torture is for information gathering rather than merely inflicting pain or creating a climate of intimidation. Information obtain by torture needs verification from a different source, however it should be noted that a torture victim places himself in great peril of even worse torture if he lies.

Water boarding is one of the least physically damaging “torture?” mechanisms for obtaining information. If you want a glance into real torture associated with great pain leading to death and intimidation of others, there are lots of sources far more brutal than the Al Queda manual.

I just don’t believe we need to resort to that. We have one of the best intelligence apparatuses in the world, and if they can’t gather intelligence without torturing people, we need to find better leaders and methods. We can maintain our moral high ground and protect ourselves at the same time.

That being said, this woman was just following orders. She shouldn’t be punished for doing something that was authorized by Congress at the time.

I haven’t suggested that we should resort to torture. However, the moral dilemma is not about torture being bad but about whether and when torture must be used to prevent the deaths of thousands and tens of thousands. To me, it is utterly immoral not to do everything possible to save those lives.

It is quite convenient in the comfort of your secure home to theorize about morality. It is quite another when you know that a WMD is in your city and is about to be used – and you have access to the one person who has the details.

Perfect intelligence is no more possible than a perfect man or woman. It is impossible to protect ourselves against all evil – and 9/11 was a great example. Essentially, the moral high ground is always negotiable if the situation demands it.

Bert Mizusawa would be great in the US Senate… Warner needs to be replaced.