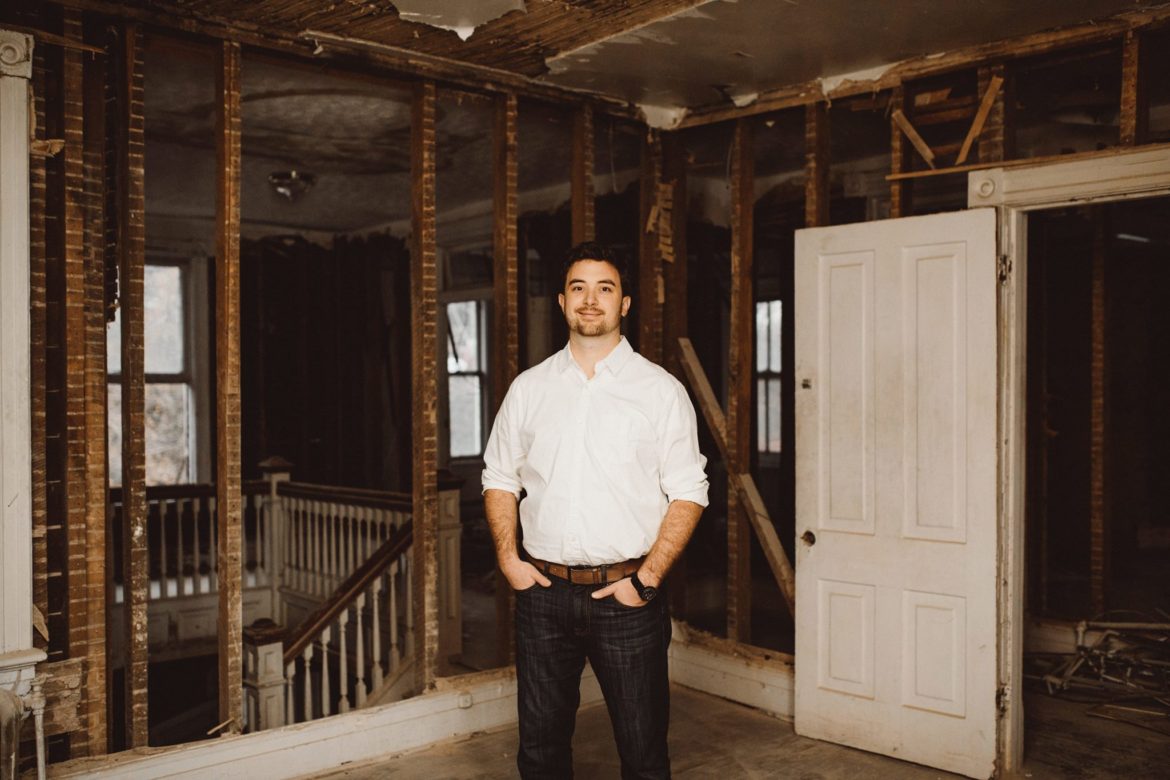 By Elliot Pope, Candidate for Congress in the 6th Congressional District

America is at a generational crossroads. Young generations feel disillusioned
with the elite, political class. Voting among millennials is the lowest of any age
group. It is also a generation that leans heavily to the left. However, as of 2016,
Millennials and Gen Xers are now a majority of the voting electorate for the first
time. The tipping point has come. Our generation has been let down by the elite,
political class one too many times. If conservatism is going to succeed in the next
decade, it must come to grips with this reality. There is a movement afoot among
young conservatives who want to reclaim the future through the application of
conservative principles in a 21st century context. It is the application of time-tested
truths in a modern context. This movement is the awakening of the latent passion
for freedom echoing in every heart and mind of the new generation.

Why do we feel betrayed by the elite, political class? The average student
debt is approaching $40,000, in many cases much more. That is enough for a down
payment on a house or to start a business. The national debt is approaching $20
trillion. The debt bubble that will explode in our generation will be astronomical
compared to the housing bubble of the early 2000s. The social security system is
broken. The criminal justice system is broken. The immigration system is broken.
The corporate, special interest system is broken. The system is broken! The
responsibility of fixing the system lands on all of us, not just those who tried to
make do in a broken system. We need to focus on fixing the broken system, not
punishing the victims of a bureaucratic quagmire.

We need a new vision. We need a redefinition of conservative principles for
the new millennium. We the people need a robust interpretation of conservatism
that is relevant to our generation. We could call this view “Rational Conservatism.”
Rational conservatives understand the bureaucratic systems in our country work
against the average American, the political class governs with its own interest in
mind, and we can no longer embrace special interest polarization. These principles
play out in solutions for social issues, economics, and politics. The Rational
Conservative will make the case to care about people even if they are different,
question the system, embrace freedom, and reward hard work. This is the new
conservatism. It transposes traditional values of opportunity and individual rights in
a way that young Americans can identify with. This is the awakening of
Constitutional values that young Americans will identify with.

Social Conservatism in a New Millennium – Embrace the traditional
family, but empower people who are different to pursue the American
Dream.

We must be free to live according to our own conscience with regard to the
definition of marriage, family, and religion. The government must no longer be
involved in defining who someone is allowed to love. Allow churches to define
marriage for their own faith as they wish. The criminal justice system has failed
people of color and people who struggle with addictions and must be reformed. The
legal immigration system has failed. A fundamental value is that hard work will be
rewarded. For people who come to this country to work hard and provide for their
family, we must accept and support them. This will help to integrate them to our
values rather than alienate them. We reject political polarization. We embrace
understanding and respecting people even if we do not agree with them.

We have to stop the continued inflation of the student debt bubble. When the
system is broken, it encourages people to take actions that they would not
otherwise take. We must create solvent, Social Security reform. Young workers
must be given the option to participate in a viable system or choose private
retirement. Deficit spending must be stopped except in times of war or national
emergency. We need to reject cash-flow economics and embrace responsible
economics. The Federal government is running on cash-flow loans rather than being
fiscally responsible. Cash-flow makes people feel rich which results in the reelection
of politicians, but it is not a true, conservative solution.

Political Reform in a New Millennium – Hold the elite responsible for
driving skyrocketing debt for their own political gain.

The elite, political class needs a strong dose of reality through the
involvement of average citizens. For too long, they have sold out our future in order
to gain reelection. We demand honesty over empty promises. We want authentic,
courageous leadership for which a politician will risk their own career to reform
social security or eliminate the deficit. Corporate special interests do not look out
for the everyday American. Concentrated power eliminates competition that
undergirds free markets. This is why the Constitution prohibited monopolies. The
rejection of corporate special interests is not the same as rejection of free markets.
We recognize that corporate executives may take actions that are in their own
interest rather than of the overall company or society. What this means for a
rational conservative is that corporate special interests must be treated with
skepticism rather than accepted on default. We don’t trust bureaucratic systems,
including multi-state corporations.

Learn from the Past and Move forward


Elliot Pope is a 35 year old, small business owner, carpenter, former youth pastor, and home school dad. He is completing a thesis for a MA in Public Policy at Liberty University. He is now a first-time candidate for Congress in the 6th district because he believes that our government needs everyday Americans in leadership who understand the value of a dollar and the challenges of raising a family in this era. He is also passionate about ensuring that the Conservative cause is not lost in the next generation of voters.

Op/Ed: Rational Conservatism for a New Generation was last modified: May 11th, 2018 by TBE Staff

Thank you for not forgetting us GenXers

Well said Mr. Pope. If Mr. Pope is the model of our young generation, the future of this country is bright indeed!!!

Yes,
I agree this is well written.
Now Mr Pope as a Carpenter by trade should know that if you do not use a sill plate sealer, a treated sill plate and termite spray that this could cause an infestation of termites that eat away at your work.
I agree with much of what he says but if we do not have prophylactic measures to protect a home buyers investment or a contractor’s investment won’t we eventually see a devaluation in this investment?

I bang nails every day and have been from the year of 1985.
I would like Mr. Pope to elaborate on illegal immigration in the Virginia Construction Industry and the detrimental effects it has on our labor and communities.
Maybe the younger Carpenter should look to the wise experienced Builder/Employment for guidance or post the younger generations thought on resolution.
I am not a member of any Home Builders, I operate on the merit and the quality of my work.
I am Right to Work.

Formatting on the article got messed up, this is hard to read as it currently is. Might want to fix that.