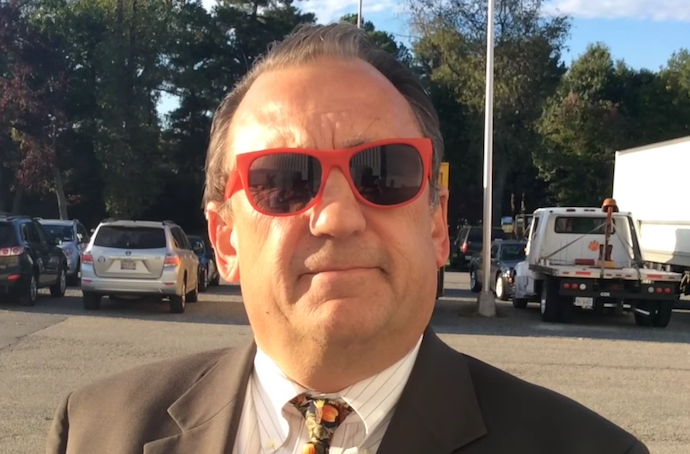 An Open Letter to Delegates to the 2nd District GOP Convention on May 21, 2016

Congratulations on your election as a delegate to our 2nd District Convention to be held Saturday May 21st . It is the time and effort by individuals that are the heart and soul of our Party.

I am running for 2nd District Chairman to be part of the winning difference in our newly reconfigured 2nd District. I have the competence, experience and proven leadership skills to be the hands on Chairman our 2nd District Republican Committee needs in this critical time of transition.

As political activists we quickly adjusted and hosted events for our Republican ticket. My late wife Jennifer proved small units could make a difference when she was elected Virginia’s National Committeewoman in 2000.

In order to win this November, we will have to heal as a Party. As difficult as that may seem, we have seen worse and come back to unite for higher purposes. In 1978 my hero, Dick Obenshain, won our U.S. Senate nomination on the 6th ballot, in what was at the time the largest political convention in U.S. history. After months of county delegate battles, we were elated and I agreed to stay on full time with the campaign. While campaigning, Dick was tragically killed in a plane crash.

Having been a loyal Obenshain man, I mourned and prepared to return to Georgetown University where I was technically still a student, wanting NOTHING to do with the new nominee. But then something restorative happened. We felt a calling beyond ourselves and, with the leadership of Bob Hausenfluck and Helen Obenshain, we dried our tears and worked past the personal loss. The staff stayed together to win a razor close election. This made a difference for 30 years as we elected one of Virginia’s greatest United States Senators, John W. Warner. I learned so much that year and the next serving as Senator Warner’s first legislative aide. But the lesson I remember most clearly is how bitter political rivals can turn into allies, friends and even mentors.

We are not involved in politics for personal petty fights but rather to make a difference.

I ask for your vote and support in uniting our 2nd District for this November and into 2017 when we will elect a new Governor, Lt. Governor and Attorney General. You may know I served as District Chairman from 2008 to 2014. With your support the District will again:

My proven record of results as District Chairman can be chronicled by reviewing financial campaign disclosures and by talking directly to those involved.

Finally, I ask that you call me personally with ANY question you may have. My personal cell # (757) 619-4345 is given out at every meeting and, like me, should be charged and ready to go 24 hours a day, seven days a week. Visit our website bylerforchairman.com and let us know what we are doing right, wrong or not at all. There are dozens of great NEW ideas in the minds of our delegates, let me know yours.
Respectfully,