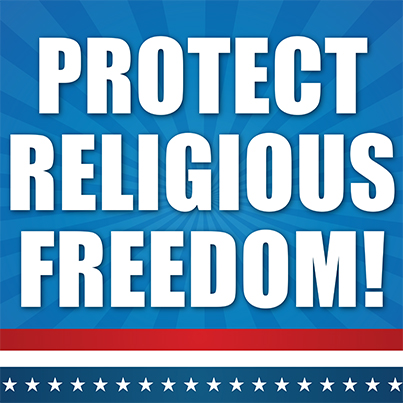 Christian bakers Aaron and Melissa Klein were ordered to pay $135,000 by Oregon Labor Commissioner Brad Avakian for refusing to bake a wedding cake based on their rights of conscience. [read_more]

The Kleins own mom-and-pop Sweet Cakes bakery, and believe marriage is exclusively between one man and one woman.

Democrat Avakian is not a judge, but was previously a member of the Oregon legislature. He ordered the Kleins to pay this outrageous award to two women who planned to marry even though wedding cakes are available everywhere including the Internet, which Al Gore invented before same-sex marriage was ever legalized in any state. On its face, Avakian’s ruling is excessive insanity under color of law.

Avakian issued his ruling under Oregon Code section 659A, an employment discrimination statute where a Labor Commissioner would logically have jurisdiction, but expanded to include:

…ensur[ing] the human dignity of all people within this state and protect their health, safety and morals from the consequences of intergroup hostility, tensions and practices of unlawful discrimination of any kind based on race, color, religion, sex, sexual orientation, national origin, marital status, age, disability or familial status.

This statute makes Avakian a “Dignity Czar” for non-labor private conduct, and would seem to protect pedophiles based on sexual orientation and age, if evenly construed.

Avakian also violated the Kleins’ First Amendment rights with his ruling, which ordered them to cease and desist:

…publishing, circulating, issuing or displaying, or causing to be published, circulated, issued or displayed any communication to the effect that any of the accommodations, advantages, facilities, services or privileges of public accommodation will be refused, withheld from or denied to, or that any discrimination be made against, any person on account of their sexual orientation.

The 14th Amendment that was used recently by the Supreme Court to find a heretofore unknown right of same-sex marriage also makes the First Amendment applicable to the states.

Now, as reported by the Family Research Council, the home of the Kleins is imperiled with threat of a lien. “Avakian is so fiercely committed to his agenda that he’s willing to put five kids on the street to prove it,” they write.

Avakian’s ruling is a coercive state action attacking the morals, religion and dignity of the Kleins. At the height of Soviet power in 1965, the Vatican issued Dignitatis humanae, “Of the Dignity of the Human Person.” One of its supporters was Archbishop Karol Wojtyla of Poland, who in 1978 was elected Pope John Paul II.

Religious freedom, it states, “has its foundation in the very dignity of the human person as this dignity . . . is to be recognized in the constitutional law whereby society is governed and thus it is to become a civil right.” Aimed at Soviet-style rule, it continues:

This freedom means that all men are to be immune from coercion on the part of individuals or of social groups and of any human power, in such wise that no one is to be forced to act in a manner contrary to his own beliefs, whether privately or publicly, whether alone or in association with others, within due limits. (Emphasis added.)

Avakian’s faux judicial ruling is an attack on the dignity of the Kleins by penalizing them for acting consistent with their religious and moral beliefs. This is government coercion against conscience, much like this week’s ruling ordering the nuns with the Little Sisters of the Poor pay for contraception under ObamaCare.

From The Papers of James Madison we know conscience is the most sacred of all property that a just government is instituted to protect:

[Man] has a property of peculiar value in his religious opinions, and in the profession and practice dictated by them. (Snip.)

Government is instituted to protect property of every sort; as well that which lies in the various rights of individuals, as that which the term particularly expresses. This being the end of government, that alone is a just government, which impartially secures to every man, whatever is his own.

According to this standard of merit, the praise of affording a just securing to property, should be sparingly bestowed on a government which, however scrupulously guarding the possessions of individuals, does not protect them in the enjoyment and communication of their opinions, in which they have an equal, and in the estimation of some, a more valuable property.

More sparingly should this praise be allowed to a government, where a man’s religious rights are violated by penalties, or fettered by tests, or taxed by a hierarchy. Conscience is the most sacred of all property . . . To guard a man’s house as his castle, to pay public and enforce private debts with the most exact faith, can give no title to invade a man’s conscience which is more sacred than his castle, or to withhold from it that debt of protection, for which the public faith is pledged, by the very nature and original conditions of the social pact.