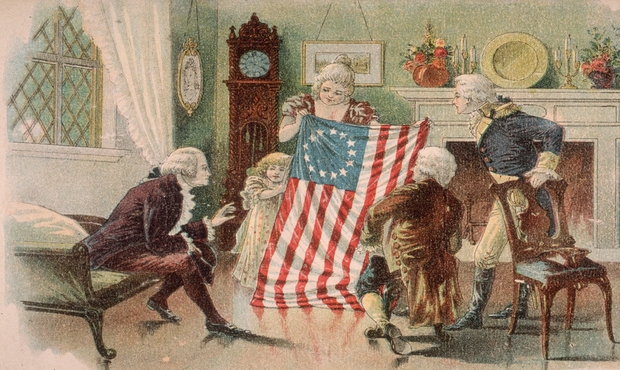 Our American Flag is Under attack

Recently Nike pulled its latest sneaker from the shelves of American retailers, because it was perceived to be offensive by Colin Kaepernick. Kaepernick had called Nike and said the flag, the original Betsy Ross flag showing the stars for the thirteen original states, was a representation of the wrongs America had committed against African Americans. In response Nike pulled the shoes from the shelves.

Certainly, slavery is a black mark of our American heritage and one we should all recognize as a failure of our country that should be corrected. However, this view of the American flag is not a complete view of what the American flag represents. The flag represents more than just a poor history with the treatment of African American citizens. Our flag also represents to many a history cemented on the establishment of freedom and opportunity.

In the last century, our country was attacked by Japan and had German U-boats sinking ships off our coast. In response, America fought back and protected its freedom. And at the same time was the driving force in freeing many around the world from the Axis tyranny.

When it was time to rebuild the world, America was first in helping rebuild Germany, Japan and other countries devasted by World War II. When natural disasters happen around the world, Americans always respond via funding, its people and ingenuity.

Each year the United Nations receives $2.5 billion from our country or 22% of their total budget. Far exceeding that of any other country. Each year we provide assistance to other countries that is close to $50 billion or $166 per each American, far more than any other country. Yet we are called nationalist.

Each year 77 million Americans volunteer to help out others. Through standing beside other fellow Americans to build wells for clean water, repairing homes for the needy. Americans privately contribute $167 billion dollars a year of their own funds.

As Americans, when we are asked to help, we show up! We are a generous people with both our time and money. We are not a people that retreat from difficult situations. We are not people that walk away when difficult times arise.

Those who serve in our armed forces sacrifice their lives around the world. In their efforts we protect our country and others. We keep the gulf Aden free from Somalian pirates. We provided our resources of people and technology to help eliminate the dreaded insurgence of ISIS. Overtime we have become the world’s police force for those countries needing protection.

We provide refuge for people from war torn countries. We send our doctors to countries without medical care. We provide aid and people when Ebola breaks out. Our medical research has been shared throughout the world.

Our flag is under attack by those with special interests. Attacking the symbol of freedom for the world. A symbol that attracts immigrants throughout the world. Outside of America, anything that is American is desired.

Our flag also represents the best of America. When Nike removed the controversial sneaker they did it within the realm of what our flag stands for. The right to their opinion. At the same time they ignored the service and sacrifice that the flag stands for. It is also every Americans right to boycott Nike and many will. Much like the NFL, their sales will suffer.

No country or place or citizen is free from bad judgements or misdeeds. Certainly on the Civil Rights front we can and must do better. But to define us based on our mistakes creates a tapestry that excludes our good. It at once ignores all that we have done to help. Certainly we should own our mistakes and recognize where we can be better. Americans have a strong history of rising to this occasion.

In my book, Jesus & Co., points out the value of looking at all people through a balanced lens. Jesus’ dined with sinners and others, not because they were bad, but in the spirit of looking at their intrinsic human value. Jesus did not define people based only looking at the bad in their past, but through a lens that saw good in their humanity.

For some, it is far easier to curse the darkness than light a candle. And with our flag we are given that opportunity. We can decide if we will work to change or tear down what is good. As Americans we always have that choice. At the very least we should respect the freedom of choice.

Many athletes choose a different path and use their American benefits to help. Like Lebron James who gives millions of dollars each year to help educate youth. Or Chris Long, the Super Bowl champion, has given his yearly millions in salary away to set up the Chris Long Foundation. In February a number of NFL players combined with military veterans to climb Mount Kilimanjaro to raise funds for clean water in Africa. This is the true spirit of Americans. Unfortunately we don’t lift these people up enough. Their stories are different than the ones we hear.

Our flag represents a myriad of things, but most prominent is that of freedom, opportunity, service and sacrifice. In that, we should honor not dismiss.

Dr. Bruce L Hartman, Christian Author and Story Teller. A former Fortune 500 CFO who left the corporate world to engage in a ministry of “Connecting The Lessons of the Gospels to the Modern Workplace.” His life mission is “Helping People Walk into a Brighter Future.” He is the author of Jesus & Co. Visit Brucehartman.com