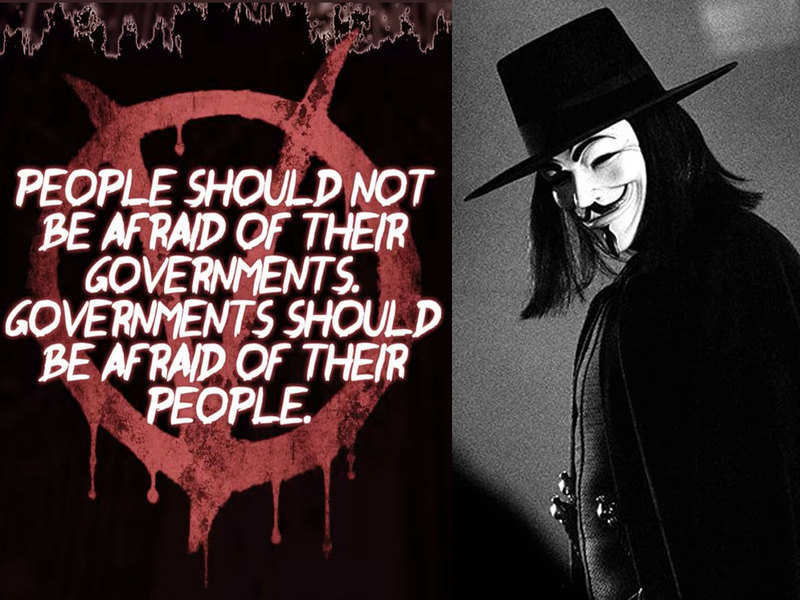 Our Illegal, Unconstitutional and Immoral Government

“When in the Course of human events, it becomes necessary for one people to dissolve the political bands which have connected them with another, and to assume among the powers of the earth, the separate and equal station to which the Laws of Nature and of Nature’s God entitle them, a decent respect to the opinions of mankind requires that they should declare the causes which impel them to the separation.

We hold these truths to be self-evident, that all men are created equal, that they are endowed by their Creator with certain unalienable Rights, that among these are Life, Liberty and the pursuit of Happiness.–That to secure these rights, Governments are instituted among Men, deriving their just powers from the consent of the governed, –That whenever any Form of Government becomes destructive of these ends, it is the Right of the People to alter or to abolish it, and to institute new Government…”

These are the opening lines of the Declaration of Independence.  How far are we from that today?

I say not far at all.

And you can quote me when I say that the colonists in 1775 had more freedom and liberty under King George III than we do today under the totalitarian regimes in Washington DC and many State Capitals today.

“He has erected a multitude of New Offices, and sent hither swarms of Officers to harass our people, and eat out their substance. (Taxes, Regulations, Authoritarian Bureaucracies, Shutdowns)

He has affected to render the Military independent of and superior to the Civil power. (War is declared by Congress according to the Constitution, but we have been engaged in undeclared wars contentiously for the past 60 years)

He has combined with others to subject us to a jurisdiction foreign to our constitution, and unacknowledged by our laws; giving his Assent to their Acts of pretended Legislation (Nearly everything done by Government, for the past 100 years, has been in direct violation of the Constitution)

For cutting off our Trade with all parts of the world (Free Trade has been abolished for all intents and purposes, tariffs, etc)

For depriving us in many cases, of the benefits of Trial by Jury (see Section 10-22 of the National Defense Authorization Act)

For transporting us beyond Seas to be tried for pretended offenses (Again under the NDAA American Citizens can be indefinitely detained and sent anywhere, with no lawyer nor due process of law)

For taking away our Charters, abolishing our most valuable Laws, and altering fundamentally the Forms of our Governments (Virtually gutting the entire Bill of Rights)

For suspending our own Legislatures, and declaring themselves invested with power to legislate for us in all cases whatsoever. (Shutdowns, forced vaccinations, executive gun grabs, etc.)

He has excited domestic insurrections amongst us, and has endeavored to bring on the inhabitants of our frontiers, the merciless Indian Savages, whose known rule of warfare, is an undistinguished destruction of all ages, sexes and conditions.  (Need I say anything about the BLA/ANTIFA riots?)

These were many of the clauses listed in the Declaration of Independence as the reasons why a free people threw aside the yoke of slavery and fought for their God given rights.

I say my friends, we have come full circle.  And even now as we watch the debacle in Afghanistan, from an illegal, unconstitutional, and undeclared war, the Taliban is taking over the Country with arms and weapons from the United States Government!

All while the BATFE, the White House, and the Richmond Radicals work tirelessly to disarm law-abiding citizens here.

It does make you wonder who they see as the real enemy.

And maybe, just looking back in history, they realize that the Government has become more tyrannical than that which the people rebelled against in 1775…and they want to be sure we cannot do so ever again.

The Founding Fathers had not just returned from a deer hunt, they had not just stopped a mugger in Philadelphia, they had fought and beaten the world’s most powerful army with an armed and motivated army of free men.

The 2nd Amendment was written precisely and clearly so that the people can protect themselves from a tyrannical government.  And all anti-gun laws, at every level of government, are unconstitutional.

Will we be forced to take the same actions our Founders did?  I pray not.  For with their blood, their fortunes, and their honor, they gave us a system of government by which we can strike a blow for liberty without having to risk our lives.

But only if we use it.

It is time, as I called for many, many months ago, for a Revolution of the People, not of one political party, and especially not one of a particular politician.  But rather one of the free people of this Republic, who use the system given to us by the sacrifice of the lives of hundreds of thousands.

It is not only our privilege to do so, but also our duty.  Not only to ourselves and our children but to the God that gave us these rights to begin with.

It is time the government and politicians fear the people, not the other way around.

Any politician who will not openly and fully embrace the need to reverse the course of the last 100 years, and who will not stand against all tyrannical government, does not deserve your vote, your time, or your donations.

And by oppose I do not mean just verbally oppose or simply try to tweak it. I mean outlaw any and all tyrannical laws in the areas they represent and arrest and detain any and all agents of the government that try to enforce this tyranny.

Yes, I said arrest and detain government agents, officials and contractors who attempt to violate the Constitution and your God given rights.

Thomas Jefferson and James Madison knew what we would be facing today.  They articulated it clearly in the Declaration of Independence, the United States Constitution and the Virginia and Kentucky Resolutions.

They declared, as Fathers of this great Republic, that Nullification is the rightful remedy.  That Statesmen and Women would stand as a guardian of liberty against immoral and illegal government.

Not Robed Overlords who sit on the Supreme Court.

That elected representatives of the People would outlaw any unconstitutional and immoral effort of any government, whether it be town, county, state or federal.

The doctrine of the lesser magistrate.

This is our final tool in the political war chest to stop the destruction of all that so many died to create and defend. And it may be the last tool we can use to prevent either total totalitarian government or see our Republic of these United States become as lawless as Afghanistan.

I read a lot of pessimism in these comments, hence part of the problem…admitted defrat.
.sad. If you do not believe in the Costitution and BoRs whole heartedly, then why believe in anything that is the promise of America? Have we sunken that low that the shining trinket of the day and comfort of the day is worth more than your true freedom and responsibilties in maintaining them and standing vigilantly in protecting them?…Sad indeed if that is the answer given

‘”The 2nd Amendment was written precisely and clearly so that the people can protect themselves from a tyrannical government. And all anti-gun laws, at every level of government, are unconstitutional.” They are not unconstitutional. Stop killing people and maybe we will back off.

Do not support the extremists agenda of Terry McAuliffe.

Somebody misses his insurrection buddies…

Whole lot of bluster and white noise is this missive.

“ Yes, I said arrest and detain government agents, officials and contractors who attempt to violate the Constitution and your God given rights.”

Go ahead and get skippy on the ol citizens arrest angle. Let us know how that works out for you.

You do not understand nullification then. Not citizens arrest, But arrest by the county sheriff and his deputies or if it is federal tyranny, by the state police. Nullification is and always will be constitutional.