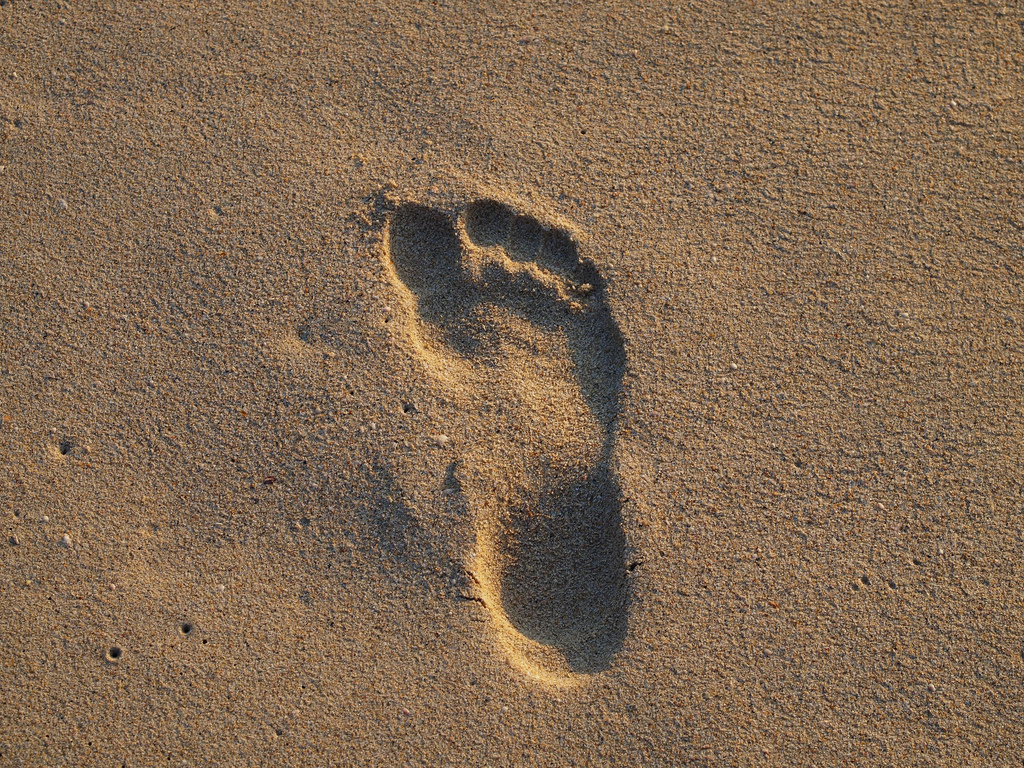 One of the most troubling aspects of our politics is the subjectivity inherent in the development of our worldview. We make our political arguments in the language of objectivity, morality, and verifiable epistemological claims. However, political parties have rarely existed primarily to develop worldview or political philosophy; rather, they exist in response to worldview and prevailing political philosophies (or the lack thereof).

Years after the Catholics, eventually (after a decade or two) followed by the Evangelicals, rallied in opposition to abortion, the Republican Party adopted (or at least advertised their adoption of) a “Pro-Life Agenda.” Â The Democrat Party adopted a “Pro-Choice” agenda and there we have, against this most controversial issue, a separation of the vast majority of the people into two warring ideological camps. All this despite the fact that, since 1973, abortion has remained the purview of the Courts and seldom infringed upon by the partisan wings of State or Federal legislatures.

Needless to say, our loyalties to our political parties have more to do with the worldview and ideologies shared by our fellow citizens. In fact, when the leaders within the Republican Party fail to align their priorities with those of the majority of their voters, we call them Republicans in Name Only. It seems to me, however, that it has never been the case that these RINOs reject the ideology or worldview of their “base.” Â Rather, they prioritize that which they can easily control over that which is extremely difficult for them to influence.

The pragmatic conversions of so many legislators is , in many ways, understandable, and even something with which we can sympathize. Â While they may go in highly informed by their moral, social, and ideological worldview, that worldview is invariably altered by their new environment—an environment aptly referred to these days as “The Swamp.”

However, is it “The Swamp” because of those people whom we’ve elected?Â  Or, is “The Swamp” simply a swamp, thus carrying with it all the systemic influences sufficient to change the people who are sent to operate inside it? Or is it a little bit of both?

Every year I seem to learn to expect less immediacy and efficacy from my governments; understanding that no one man or woman is capable of reforming all the others, nor reforming the very system within which they operate. I have learned that much of the change we’re looking forÂ must take place incrementally. Therefore, as citizen activists, we must have a clear idea of our strategy within this reality.

Incrementalism must be a the heart of our political strategy. Changing and shaping our society is also necessary. Currently, liberals control most institutions of public and private education. They used to control our media, but the sheer number of conservative alternatives makes the claim that liberals dominate the media somewhat laughable.

So what can be done? It seems unlikely that conservatives will ever retake our schools; but there is one environment still up for grabs. Technology has done quite a number on our inclusiveness as communities. We spend less and less time with fewer and fewer people. We find ways of actually being busy when we’re at home. Neighborhood BBQs, community charity groups, or community beautification efforts are few and far between. I believe that conservatives could have a tremendous impact on national politics if they would but serve as catalysts toward community development, charity, and local events. (I am not hypothesizing here: I’m simply reporting what I’ve seen in my own county).

Relationships matter in both the public and private sector. You’ve all heard the phrase, “It’s who you know.” Â However, when aiming for aÂ moral or political impact, it’s not merely who you know, but how those who know you feel about you. Do they trust and respect you? Have you given them any reason to?

Many Independents are Independents because they believe that Democrats are irresponsible idealists who will bury America in debt and government if left unchecked, and because they believe that Republicans don’t care about the poor or for one another. I believe that, if Republicans truly did become the very embodiment of charity and community—if we really did work hard to care about the poor and to promote those values which encourage one another to care for one anther—that there would be no Independents.

How much influence do we have in our communities? What is our moral footprint?

I believe that expanding our moral and social footprint would deprive the progressives of Independents who vote with them purely on basis that they feel like Democrats care more about the poor than Republicans do. By becoming the leaders in our own communities, by bettering our communities (by the way, you’ll need to work with your local Board of Supervisors), and by demonstrating real free-market solutions to poverty through charity, we can make real incremental differences in the mindset of the people living in our communities over the coming decades.

I’m proud to be Independent; I march to the beat of my own drum.
My loyalties ly with my family , community , employees & their families, our church, youth sports and the enforcement of our laws.
I love and am very thankful for my god given freedom, I will not join a corporate association or a political party (some are really just the same) for they have rules to silence you.

I understand and are for incremental change , yet the Republican appears to undermine the incremental increasing of wages that a lawful employment market produce.
When it comes to employment the phrase Free Market is code for not enforcing various labor law.
You stay Republican and profit by using inferior counterfeit labor, not enforce the law ,I’ll
stay Free & Independent.
Remember the Campbell County Republican Mass Meeting , many of us were branded OTR ( other than republican ), I like that being that I know more about my community than my BOS (4r,3d), State Senator (r), State Delegate(r), Independents know more
http://watchdog.org/202012/subcontractors-shadow-economy

Out in Calif. I used to give regularly to the local unwed mothers home. I figured it was the least I could do.

Then I discovered the charity’s real mailing address, along with a few thousand other fake charities, was a small dilapidated rust colored shack out in Nowhereville, Nevada. After that I only contribute to the ME Foundation.

At least now I’m assured the money will go to a good cause that corresponds with my beliefs.

From Winston Churchill quote “The inherent vice of capitalism is the unequal sharing of blessings; the inherent virtue of socialism is the equal sharing of miseries.” The Republicans know that the blessings will not be equally shared but that all have the opportunity to pursue those blessings. The Democrats know that the miseries will be equally distributed if they but take everything from those who work to give to those who don’t. In the Republican sense of the world, blessings are individual in nature not collective in nature. The Democrats believe that the opposite is correct and create ghettoes as a result.

Republicans give more to charity and do more charitable works than do Democrats. Democrats believe the government should take care of everyone while Republicans believe charity begins in their homes taking care of their family and friends, their neighborhoods, and their churches.

BUT the public displays of HATEFULNESS of many REPUBLICANS about people or categories of people that they don’t like – gay people, people with addictions and/or complex mental illness, Muslims, people in multi-generational poverty, people using public services, etc – VOID the other favorable impressions of charitable conservatives.

Good idea, but helping people is not part of the republican creed, so not really that applicable to party goals.

We help people by our creed and our actions. We don’t wait around for the government to do it. A free society is a prosperous society.

The point of this post is it doesn’t happen enough to be apparent to non-republicans.

That’s true; which is why there needs to be public community efforts. Local Republican units would be wise to become increasingly active in local charities.

I’ve seen quite a lot of Republican support for local charities, so much so that it is sometimes hard to tell how we are different from a church based community support group. I bought a box full of supplies and materials to donate just this week, as part of a local conservative outreach. But I honestly wonder how this will ever translate into votes. Sure the Democrats do it, but don’t Republicans stand for something other than giving people stuff? Isn’t our message more about changing public policy so that the poor can escape the cycle of dependency?

I’m doing charity work because people truly need help anyway, but my fear is that this is not helping Republicans at all. These voters will still vote Democrat en masse. Democrats will always win in a contest of giving away free stuff.

It’s about building relationships in the community and bringing others along side you. Truly, we live in a world where people don’t even know many of their own Neighbors.

INTERESTING. As an Independent I’ve been telling my Democratic friends to do exactly the same thing! And I also tell them to stop being insufferable Cultural Imperialists. Just the same way that I tell my Republican friends to stop being Bannon Bolsheviks and Trump Apologists (after all a lying pig is a lying pig whether named Clinton or Trump).

Unfortunately, you have not expressed any discernment about the degrees of freedom and degrees of non-freedom across society.

e.g. people with wealth manifestly have fewer tangible money constraints on what they are ‘free’ to do; which is or is perceived to be GREATER DEGREES of freedom.

e.g. people without access to good and affordable health care (medical, dental, mental health, home care, etc) and who suffer poor-er health outcomes are ‘less free’ to do many things that others can do who have good health care; which is or is perceived to be LESSER DEGREES of freedom.

We can discuss many other examples of this REALITY and PERCEPTION of freedom.

You cite no research so one must assume that this is all a projection of your personal bias and fears. Do a scientific survey before anyone will accept that your writings are anything more that your opinions. You do not know what independents believe without asking.