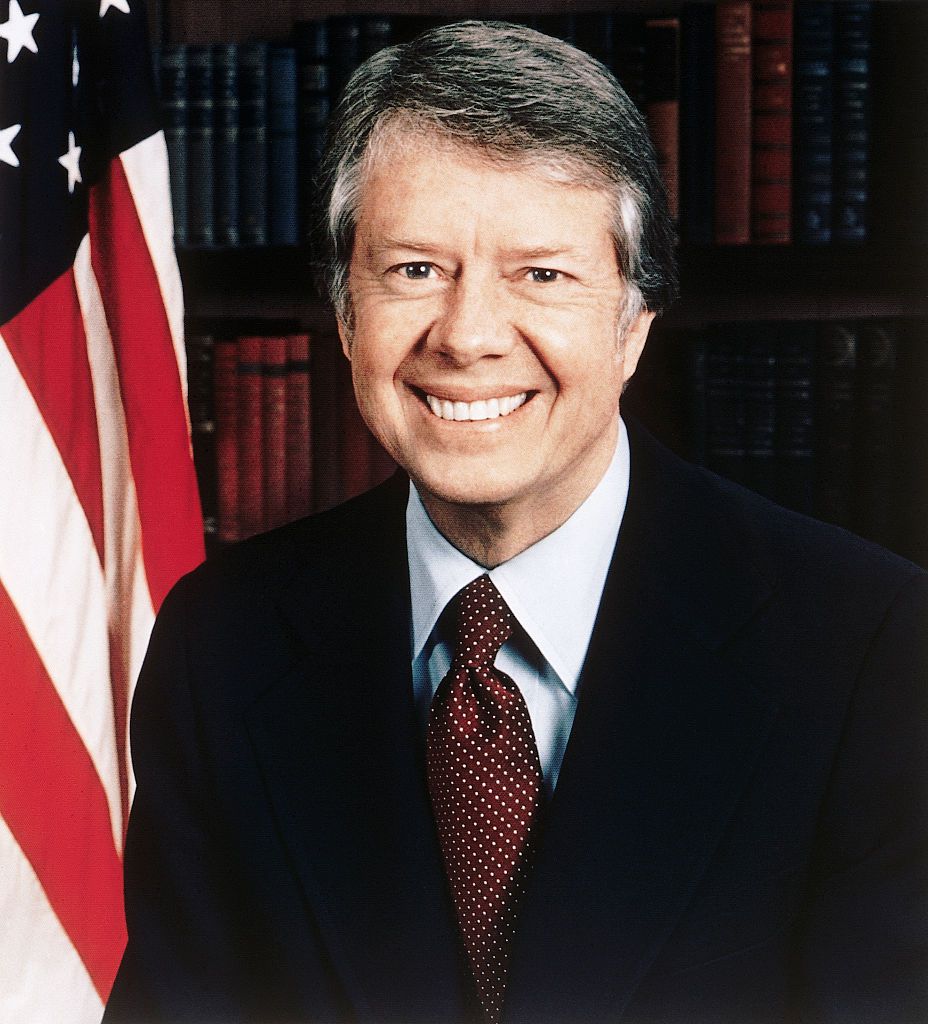 Our Problem with Sin

The current political and moral climate suggests that it might be a good time to update this article from an earlier time.

Soon after taking office in 1977, President Jimmy Carter made a public appeal to members of his administration who might be shacking up: He advised them to get married and make it legal. I can’t recall if he mentioned “living in sin,” as we called cohabitation without benefit of clergy, back in the day. Even in the Sexy ‘70s the practice was still considered scandalous by respectable society.

A professional acquaintance of mine broke up with his live-in girlfriend because his employer told him that he couldn’t be promoted if he contimued his “irregular” living arrangement. He had lived with the girlfriend for five years. He wanted to get married, but she – wounded by a previous failed marriage – declined. She was a beautiful gal, and I think he loved her. It was a real pity. I was sorry for both of them.

For his efforts to make honest women (and men) of his administration staffers, Jimmy (and his toothy smile) got the horselaugh from the media’s blow-dry set. (Imagine! The nerve of the guy…) There is no record of how many shacked-up Carter-administration couples actually tied the knot, as The Boss had “suggested.” My guess is that it wasn’t many. Led by our media high priests of (im)morality, America was moving on, and POTUS was seriously out of touch.

Mr. Carter – an evangelical Christian from the Deep South – ran for office on a highly moral platform based on his declaration of being “born again.” Church-friends in my circle said they would vote for Mr. Carter because of his faith. I agreed that he did seem to be a fine man, but I warned that he would pack his administration with old-time Democrats whose commitment to Christian principles was – to be as charitable as possible – dubious, at best. Abortion was becoming a defining political issue, and Democrats were already strongly aligned with it.

Later events proved me right about the Dems, but I obviously didn’t carry the argument. Mr. Carter defeated Gerald Ford, who had become vice-president after Spiro Agnew resigned, and ultimately became president when Richard Nixon stepped down. Mr. Ford was a genial, cross-the-aisle kind of Republican who had built his entire political career on going along – to get along – with Democrat-run Congresses. But he ruined his future prospects by pre-emptively pardoning the much-despised Richard Nixon. Democrats and their media compadres never forgave Mr. Ford for robbing them of their chance to see Tricky Dick hung by his heels in the public square.

Voters’ revulsion over Mr. Nixon’s dishonesty and crude language caused morality to make a modest political comeback. Mr. Carter was the last president to openly profess a serious evangelical Christian faith. Judging from the history since that time, I believe Democrats elected him in spite of that declaration, not because of it. Democrats overlooked Mr. Carter’s religiosity in order to put their man in office. But it was always an uneasy marriage.

Once he was in the Oval Office, Mr. Carter’s party – and perhaps his own liberal instincts –pushed him farther and farther left. When he ran against the supposedly “pagan” Hollywood candidate, Ronald Reagan, in 1980, he didn’t repeat his “born again” shtick. Indeed, Mr. Reagan often seemed more Christian than Mr. Carter. Which was the real Jimmy Carter? I don’t pretend to know. But few others have come out against “sin” as he did.

So what is America’s problem with sin? Our problem is that we don’t believe in it anymore – or, more accurately, that we are no longer of one mind on exactly what “sin” is. Once we were. We understood what was sinful and what was right. Hurting others was sinful; also dishonesty and damaging or stealing another’s property. There was also a common understanding of right and wrong sexual behavior. Of course, these values were not practiced perfectly within the culture, but we all knew right from wrong. Judeo-Christian morality was enshrined in our laws and recognized in our courts. (In other articles I have called this the era of the “Normal Culture.”)

Right and wrong have now been redefined, and their re-codification has devolved to the individual level. This means that an individual’s or a group’s idea of “sin” might not be shared by others. Entire communities now operate under moral codes not accepted by other communities. An ethical consensus no longer exists, and the concept of “evil” has gone down the memory-hole.

My notion of sin might not match yours. Behaviors once considered wrong by most Americans now occupy a kind of gray area. Intolerance is now the Great Sin in America, with racism running a close second. “Hate speech” is considered exempt from First Amendment protection.

In the past, if a couple were known to be “living in sin,” society had no difficulty naming and denouncing it. Laws in some locales actually penalized it. But unlawful or not, such persons had no grounds to complain that criticism of this style of living constituted “hate speech.” Even the practitioners knew it was wrong.

Today, this moral clarity is turned upside-down. It’s now considered unacceptable to criticize another’s behavior, even if it violates long-accepted moral codes. Our cultural arbiters demand complete acceptance of perverse moralities. In recent years the Indiana legislature passed a law protecting individuals who declined to participate in ceremonies celebrating behaviors which their religious faith calls deviant or sinful. But liberal media raised such a fuss that the governor felt compelled to ask for modification of the law to prohibit any discrimination against homosexuals.

Senator Marco Rubio decried Americans’ new tendency to brand any opposition to their personal morality as “hate speech.” If my Christian morality offends another person or community, I (and my moral code) might be denounced and labeled “hateful” by the offended parties. How long, asked Senator Rubio, will it be before Biblical morality is denounced for being “hateful” toward practitioners of what we once called “sexual deviancy?” Indeed, it’s pretty obvious that we’re there already, with teachers now being fired for criticizing public school policies which recognize and support transgendered persons and lifestyles we once considered “deviant.”

This moral confusion has infected the Church. Some Mainline Protestant denominations have already gone over to the “gay side” – accepting homosexual practice among their membership and even among their clergy. The Episcopal Church USA – a branch of the Worldwide Anglican Communion – legitimized deviant sexuality in 2003 by installing V. Gene Robinson, a practicing homosexual, as bishop of the New Hampshire diocese.

This radical act – a virtual declaration of war on Biblical morality – coupled with Bishop Robinson’s calling the Bible “an outdated book,” provoked a schism which caused some 1000 American congregations to secede from the Episcopal Church and join a separate Anglican communion that still follows scriptural teaching. This cost some congregations – like The Falls Church Anglican, where I am a member – their properties, because Episcopal bylaws assign ownership of all church properties to the denomination, not to local congregations. A civil war is going on inside the denomination.

Reports show that the Episcopal Church lost 200,000 members between 2006 and 2010, and half of its members since the 1960s, bringing its national membership to the lowest level since the 1930s. Statisticians note that if losses continue at the present rate, the Episcopal Church will disappear entirely in 25 years. We are seeing the slow suicide of a great Protestant denomination.

This year, Conservative leaders within the United Methodist Church unveiled plans to form a new denomination – The Global Methodist Church – with a doctrinal base that does not recognize same-sex marriage. The move could hasten the long-expected UMC-breakup over differing approaches to LGBTQ inclusion. Currently, the UMC is the largest mainline Protestant church in the USA, and second only to the Southern Baptist Convention, an evangelical denomination, among all U.S. Protestant churches.

Evangelical colleges are also under fire for having admission and hiring policies which reject practitioners of deviant or non-marital sex. Under threat of losing academic accreditation because of “discriminatory” applicant-screening, some Bible-based institutions are wavering on the gay issue. Indeed, some alumni are urging their alma maters to make an “accommodation,” since the public now seems to accept homosexual practice.

Various reasons are given for relaxing Christian teachings on sex, including an argument that since the Bible contains prohibitions that modern Christians no longer observe – e.g., bans on women cutting their hair or speaking aloud in church – some “outdated” attitudes toward sex can also be disregarded. The central point – i.e., that some trivial first-century rules on hair-cutting and preaching are in no way comparable to the Bible’s core teachings on human sexuality – is glossed over by theological revisionists.

Beneath the fog of argument and accusation, the old issue of “sin” still lurks in the darkness like an evil succubus – confusing and perverting human sexuality and the life of faith. Some modern Christians are conflicted over homosexuality, unmarried cohabitation, transgender-conversion surgery, and same-sex marriage because they no longer believe these practices are sinful. The culture has persuaded them that opposition to “anything goes” sexuality is unreasonable, unloving and probably un-Christian.

Secular Americans might see no problem with all this, but Christians certainly should. Basically, you either believe the Bible or you don’t. You can’t just take the parts you fancy – like favorites from a box of chocolates – and ignore the rest.

“Woe unto them who call evil good and good evil,” wrote the prophet Isaiah over two millennia ago. That passage isn’t much quoted, today, but it’s far from obsolete. As a nation we need to rediscover it before we’re so far gone that we can’t find our way back. Certainly we need leaders who know right from wrong, and are willing to govern that way. We need all the help we can get.

At the end of the day, though, the buck stops with us – The People. Leaders are important, but we’re the ones who pick them. A moral and righteous people can make wise choices. An immoral people will pick poorly. If you’re wondering why everything seems to be going to hell in a hand-cart today, you don’t have to dig much deeper than that.

“When people cease to believe in God, they don’t believe in nothing; they believe in anything.” (G. K. Chesterton)

“Our Constitution was made only for a moral and religious People. It is wholly inadequate to the government of any other.” (John Adams)

“No people will tamely surrender their liberties, nor can any be easily subdued, when knowledge is diffused and virtue is preserved.” (Samuel Adams)

Our Problem with Sin was last modified: August 16th, 2021 by Woody Zimmerman

Sin is the root of Humanity’s problem. As long as Satan can distract the world from this fundamental truth, he wins.