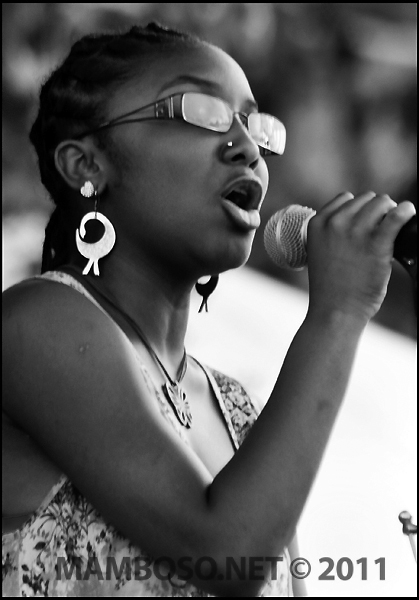 Out of the Mouths of Babes

The bulk of my professional career was with an engineering company that grew from nothing to over 40,000 employees in 30 years. The company’s top management invited individual initiative to build the business, and was meticulous about seeing that the people who did owned most of the company’s stock.

But in the mid-1990s new pharaohs arose who “knew not Joseph.” These newbies – who weren’t around when an ambitious gang of (mostly white male) engineers and scientists built the business, brick by brick – became preoccupied with achieving “correct” racial and gender balance across the company. To get there, some departments began doing things the company had never done before. In one such case, which I reported to the head of corporate human resources, a local HR manager had fired a minority male staffer so he could hire a white female. The man’s severance package included a legal stipulation that he keep his termination arrangement secret.

Upon reading my report, the corporate executive agitatedly stormed around his office for several minutes until he realized that I was pulling his leg (a little). My report was not quite true, but was also not entirely false. The salient details were correct, but I had inverted the races of the players. A local HR director had, in fact, dismissed a white male employee and paid him an undisclosed severance, so a minority female could be hired in his place.

The executive was aware of the true situation. But if I had expected him to consider it a problem, I was much mistaken. Once he realized my artifice, his evasive comment was that the new staffing seemed to be “working out well.” He saw no difficulty in a personnel action which, moments earlier, had given him near-apoplexy when the races and genders looked “wrong.”

That long-ago incident came to mind a few years later, when I read about Autumn Ashante – a seven-year-old black girl from Mount Vernon, NY – who wrote a “poem” that decried whites’ crimes against blacks and advocated black separatism. Critical responses to the poem have ranged from “inspired” and “visionary” to “poisonous” and “racist.”

For the edification of readers unaware of Miss Ashante and her work, I reproduce her poem, “White Nationalism Put U In Bondage,” in its entirety:

White nationalism is what put you in bondage

Drank the blood of the sheep, trampled all over them with

Nothing has changed take a look in our streets

Black lands taken from your hands, by vampires with no remorse

They took the gold, the wisdom and all of the storytellers

They took the black women, with the black man weak

Made to watch as they changed the paradigm

So far as to kill the unborn baby

Yeah White nationalism is what put you in bondage

They drank the blood of the sheep, trampled all over them with

Steel laden feet, throw in the tricks alcohol and deceit.

Nothing has changed take a look at our streets.

I thought of my old trick on the HR executive when I tried to visualize how a similar poem, written by a white child – with “white” and “black” swapped in the text – might be received. Clearly, no school class would ever read or hear it. A white author might be disciplined or expelled – possibly referred for mental examination. Denunciations would rain down on her parents, as their racist influence came to light. (What seven-year-old – even a smart one – uses words like “paradigm” or knows about Columbus, Morgan and Darwin?)

But Miss Ashante’s verses were not condemned. Instead, she was lionized across the country for her formidable “talent.” She read her poem at HBO’s Def Poetry Jam, The Cotton Club in LA, The Apollo Theater in Harlem, the African Street Festival, Caroline’s on Broadway, the Russell Simmons Phat Farm Fashion Show, and Steve Harvey’s “Big Time;” also at several universities, nationwide. She became a sensation among the racist radical-left.

The City of New York honored Miss Ashante for inspiring “…her peers, as well as adults, while also demonstrating the power of a father’s love, the importance of education and the limitless boundaries of the human mind.” (“Limitless boundaries?” Say what?) New York City councilwoman Yvette Clark called Autumn Ashante “one of the most precious young talents that this world has ever known.” Nary a question arose about how she came up with all the blood-drinking, black-lands-stealing, white nationalism, pirates, vampires, gold and sheep imagery. (Even I am impress-ed.)

Transported by this lavish praise, public school officials of Peekskill, NY, invited Miss Ashante to perform at their middle and high schools for Black History month. After delivering her poem, she commanded white students to remain seated as she led black students (standing) in the “Black Child’s Pledge.” Written by Black Panther Shirley Williams, the Pledge runs thus:

“I pledge allegiance to my Black People.

I pledge to develop my mind and body to the greatest extent possible.

I will learn all that I can in order to give my best to my People in their struggle for liberation.

I will discipline myself to direct my energies thoughtfully and constructively rather than wasting them in idle hatred.

These principles I pledge to practice daily and to teach them to others in order to unite my People.”

Under a storm of protest from students and parents, following Miss Ashante’s racist performance, Peekskill officials issued a recorded apology. Defending her poem to the Westchester Journal News, Miss Ashante called white people “devils,” saying, “We should be away from them and still be in Africa.” Her father’s unoriginal (non-poetic) contribution was to call the Peekskill school-officials “racist crackers.” (Obviously the apple doesn’t fall very far from the tree.) Columnist Michelle Malkin said the poem’s racist language “made Al Sharpton look like Mr. Rogers.” (Will you be my neighbor?)

Public school officials elsewhere kept mum about the Peekskill uproar, but they declined to invite this “prodigious new talent” to perform at their schools. Down in genteel Washington, DC, only the Washington Times mentioned the “White Nationalism” verses and their precocious author. The progressive, racially hip Washington Post evidently thought she was not newsworthy. In truth, Miss Ashante was ahead of her time. Today she would have a 7-figure contract for the movie-rights to her “story.”

The double standard being applied to racism today (white racism – bad; black racism – “never heard of it”) has been society’s dirty secret. But it’s not really a secret any more. Miss Ashante and the Peekskill schools blew the lid off that secret and performed a valuable public service by exposing the poisonous undercurrent of radical black racism and separatism flowing through our culture. When the “normal people” of Peekskill, NY, realized the ugliness of that current, they were disturbed, and said so. That’s good. Awareness is the first step in solving a problem.

Today, after the wonderful, “healing” ministrations of Don Barack and his consiglieri, Eric Holder, our racial situation is ten times as toxic as it was when Miss Ashante penned her “Ode to Hate.” Media talking heads, joined by pols who have never worked a hard day in their lives,  routinely hurl vile accusations of racism at a sitting president who has built successful businesses by working productively with people of various races. Liberals who fought segregation to the bloody last in the 1960s are openly talking about segregating by race once again. A movie star has tried to boost his reputation and pay by engineering and reporting a fake racist “crime.” And two dozen Democrats are running for president on oxymoronic platforms that call for “exclusion to achieve diversity.” As Abraham Lincoln said (on another occasion), “The bottom is out of the tub.”

During debates with Stephen Douglas in 1858, Mr. Lincoln quoted Scripture, saying “A house divided against itself cannot stand.” He added that he did not expect the house to fall, but that he did expect it would cease to be divided: “It will become all one thing, or all the other.”

The division Mr. Lincoln spoke of was due to slavery – then vexing the United States at an incendiary level. His prediction about the house ceasing to be divided was correct. Our national “house” was reunited at a fearful cost of blood and treasure (including Mr. Lincoln’s life).

160 years on, radical multiculturalism zealots are fomenting racial, national and religious disunity at a level so deep and so wide that many (including this writer) wonder if reconciliation is possible – especially when agents like Autumn’s father and teachers are working to widen our divisions into unbridgeable chasms. A child has indeed shown us the truth: we are tearing ourselves to pieces. If we don’t stop, we’ll become the Balkan States of America, and the greatest nation in history will (as Mr. Lincoln also said) die by suicide.

Autumn Ashante was educated at the Darum /Arkam School in Mount Vernon, NY. Reportedly, she speaks fluent Swahili and Arabic as well as English. She is not a stupid, racist child. She is a brilliant, well educated, racist child – poised to spend her life (very effectively) pounding the American edifice of peace, freedom, decency, tolerance, goodness and unity into a shapeless rubble of anger, hate, disunity, intolerance, violence and evil. I cannot congratulate her for her “verses,” but I do thank her for showing us how bad the situation really is. Restoring sanity and getting our national ship righted is going to be a big job. A good start will be condemning racism from all sides, whenever it rears its ugly head. The Constitution is not a suicide-pact.

Out of the Mouths of Babes was last modified: April 27th, 2019 by Woody Zimmerman