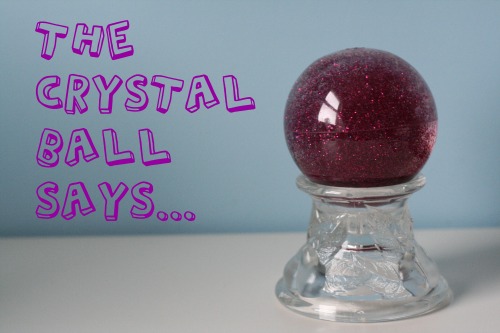 As is our custom at the turn of the year we present, in no particular order, predictions of events which could (and probably should) occur in the coming year. Ladies from the Writers’ Auxiliary have very kindly provided fainting couches for readers who are sensitive to political issues.

Shutdown Shutdown. The partial government shutdown in effect at the end of 2018 lasts four months before Democrats finally agree to provide $4.5 billion to build the border wall that President Trump demands. Language limiting the wall to the Canadian border – surreptitiously inserted in the bill by Congressional staffers – is discovered and removed before passage. Dems finally cave after idle (and unpaid) federal employees storm the offices of House Speaker Nancy Pelosi, Senate Minority Leader Charles Schumer, and other Democrat leaders, demanding that they agree to President Trump’s terms. The rumor-mill says that Mr. Trump threatens to issue an executive order banning all protective walls around private residences, on grounds that they are harmful to the environment. Those rumors are never confirmed, however.

Unlikely illegal immigrants. Reporters scouring immigration-records discover that Senator Chuck Schumer actually entered the USA illegally by swimming across the Rio Grande with his family, at age 8. The report alleges that the senator’s birth-name was Cisco (“El Kid”) Santayana. He was adopted by a New York family who later helped him gain admission to Harvard University. 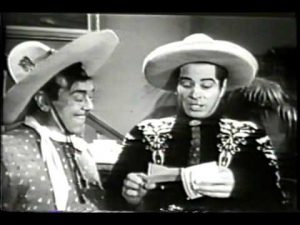 Trans Bill. An anonymous claim that Bill Clinton is actually a biological woman who underwent transgender surgery in 1968 produces a frantic media-hunt to prove or disprove the report. Ultimately, three women and two men come forward to affirm that Bill – a.k.a. “Billie” – is indeed a biological woman. In a surprise move, Billie’s attorneys then file a petition in federal District Court asking that she be allowed to run for president as her true biological self, since she is a different person from her male alter-ego, Bill. Clinton-partisans riot in the streets after the Ninth District Court rules that Bill/Billie is not two persons, but one. A District Court judge summarizes the case by saying, “Even if she masquerades as Adam, Eve gets only one bite at the apple.” The U. S. Supreme Court declines to hear an appeal. Responding to reporters’ questions, a Clinton spokesman declares that Billie “…is not your ordinary transvestite, and you haven’t heard the last of her.” Rumors that Billie Clinton and Caitlyn Jenner are dating are later debunked.

“Fraud!” She cried. Former White House intern Monica Lewinsky sues Bill/Billie Clinton for $10 million, charging that he committed “sexual fraud” during their White House dalliance. “I thought he was Bubba, not “Bubbles,” says Ms. Lewinsky in a tearful public statement. “He lied to me and to the American people. There really ought to be a law.”

Identity Crisis. While campaigning for the presidency, Senator Bernie Sanders visits a retirement home, where he walks through the halls greeting residents individually. “Do you know who I am?” he asks one elderly woman. “No,” she answers, “but if you ask at the desk, they’ll tell you.” Later, at the facility’s exit, two orderlies detain the senator because they think he is a patient trying to leave without authorization. When Mr. Sanders insists that he is a U. S. senator, one orderly replies, “Good to meet you. And I’m Elvira, Mistress of the Dark…” 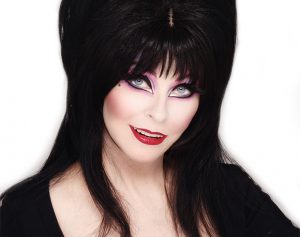 Let’s Make a Deal. Democrat operatives reveal that Republican Never-Trumpers have negotiated a secret agreement with Democrat Party leaders to form a unified ticket to oppose President Trump in the 2020 election. Insiders say that a coin-toss determined that the ticket’s presidential candidate will be a Democrat, while a Republican will be the vice-presidential candidate. A Republican who was close to the negotiations claims that a two-headed coin was used to ensure that a Democrat would be the top banana.

No Supper. New Representative Alexandria Ocasio-Cortez (D-NY) is arrested in Tijuana during a riot at the site of new border-wall construction. Police charge her with organizing the protest, which eventually turned violent. House Speaker Pelosi cannot be reached for comment, but Ms. Ocasio-Cortez receives a severe scolding and no supper that night.

What’s in a Name? Former Senator Jeff Flake (R-AZ) is cited for child abuse when Child Services officials learn that he named his children Corn, Bran, Snow and Frosted. The disclosure prompts Mr. Flake to abandon his putative plans to run for the presidency as a third-party candidate.

Unperson. Special Counsel Robert Mueller announces that his investigation will be widened to include any and all political figures who had dealings with Russian operatives during the 2016 presidential campaign. As this obviously includes both Hillary and Bill (Billie) Clinton, outraged Democrats vow to strip Mr. Mueller of the funds he needs to continue. The Democrat-controlled House of Representatives adopts a resolution denouncing Mr. Mueller as an “Enemy of the State,” and declaring him an “unperson.” With Republicans joining in, the resolution passes 431-0. For good measure, Speaker Pelosi calls in the Archbishop of New York to excommunicate Mr. Mueller and “cast him into Outer Darkness.” President Trump’s only official comment on the proceedings is “no comment.”

The Worm Turns. Before his funding runs out, Mr. Mueller executes a pre-emptive strike by indicting eight Democratic senators, thirty-five Democratic representatives, and the entire Democratic National Committee for having colluded with Russian agents to influence the 2016 presidential election. Hillary Clinton is also charged with lying to the FBI. Ultimately she is sentenced to live with Bill/Billie Clinton for a period of not less than 15 years, in lieu of prison. Presiding Judge I. M. Hardcore notes that this sentence will punish Mrs. Clinton far more than any time in a federal prison could. 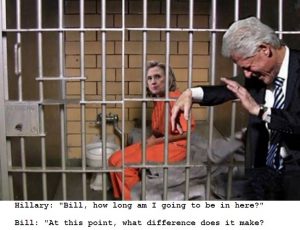 Shoe on the Other Foot. In response to relentless media-criticism of her shoes, First Lady Melania Trump designs and models a chic new footwear-line called Politically Correct Combat Boots. New factories established to produce the boots are swamped with millions of orders, and several producers of traditional women’s shoes are ruined by the massive market-changeover. Congressional attempts to investigate the situation are halted by female Democrats, including House Speaker Nancy Pelosi, who have adopted Mrs. Trump’s new signature-line. Mrs. Trump eventually invites Mrs. Pelosi to share a fashion photo-op with her to advertise the new footwear. Singer Nancy Sinatra, now aged 79, is retained to reprise her hit song, “These boots are made for walkin’,” for the advertising campaign. When reporters ask Mr. Trump for comment on the situation, he answers, “You made Melania mad. That’s never a good idea…” 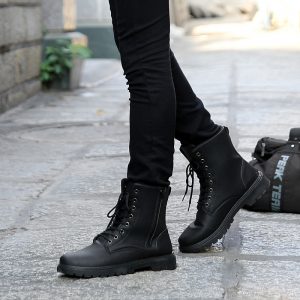