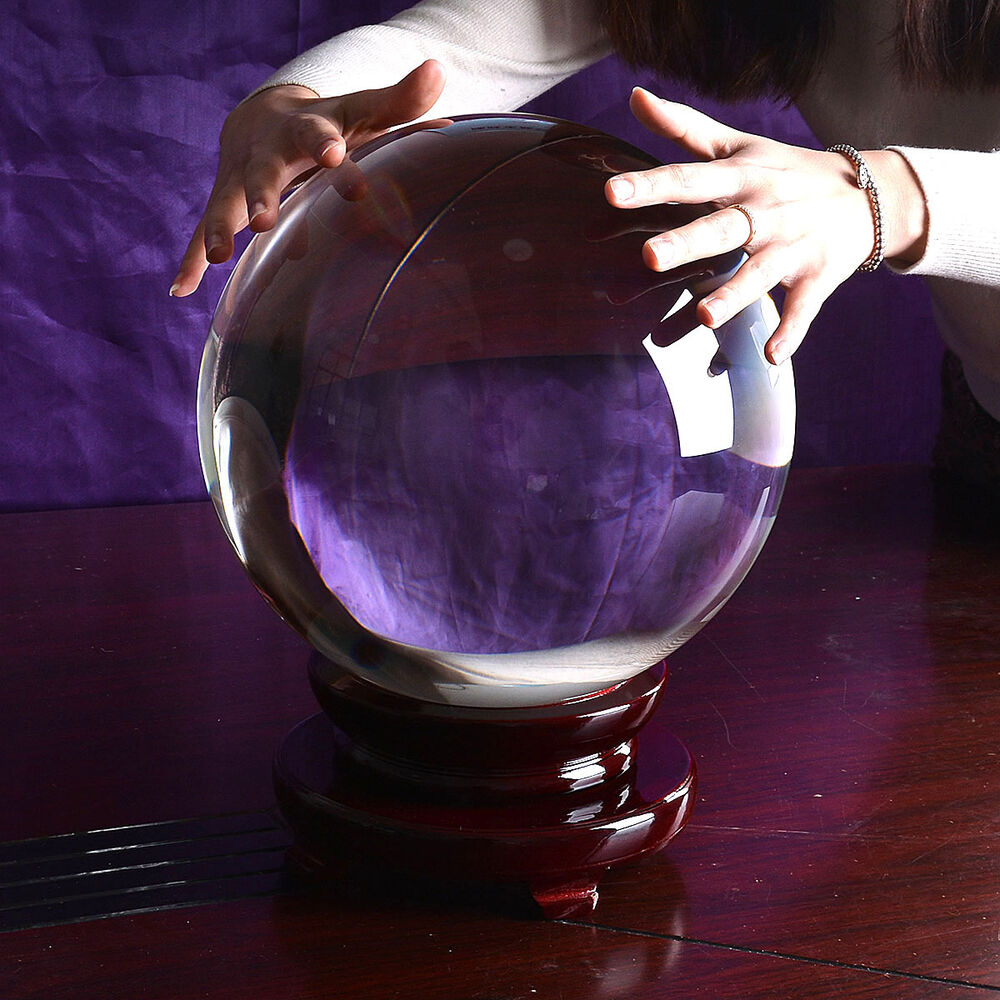 Although events during the past year seem to have left no air in the room for jest, we continue our annual custom by offering predictions of things which could (and probably should) happen in the coming year. As a concession to our more sensitive readers, we have arranged for provision of safe spaces, therapeutic fanning, and fainting couches for â€œgirly menâ€ and others of like disposition.

Co-conspirator. Members of the House Committee on the January 6th â€œinsurrectionâ€ discover e-mail evidence which implicates Speaker Nancy Pelosi in planning the event and blocking National Guard and Capitol Police units from protecting the Capitol. Republican efforts to have her ejected from the House fail on party-line votes, but enough Democrat members join Republicans to oust her from the Speakership. Subsequently, Ms. Pelosi resigns from Congress and joins a traveling company as an exotic go-go dancer. But she is forced to retire when her plastic face-mask breaks and falls off during a performance. The malfunction causes a panic when the entire audience tries to exit the hall. Twenty-five persons are injured â€“ none seriously. Later investigations reveal that the Speaker had lied about her age. Court documents show her true age to be 104.

Feldmarschall. In a radical move to gain cred as a wartime commander, Joe Biden takes the field in person to command the troops he sends to oppose Russian forces at the Ukrainian border. When the Russians send a small task-force at night to scout out the situation, Generalissimo Biden tries to escape in a Humvee. But he loses his directional sense in the darkness, ends up driving into the Russian lines, and is captured without injury. After several days of negotiations, the Russians send him back to the American lines without conditions. Interviewed later by a CNN reporter, a spokesman for the Russian forces says, â€œComrade, we had no idea what he was saying, except something about a tele-prompter. Because he wouldnâ€™t stop talking, we had to return him so our intelligence staff could get some sleep.â€

Dere go da judge. Fifteen different black women decline the opportunity to be nominated by Mr. Biden to fill the Supreme Court seat that will be vacated by Justice Stephen Breyerâ€™s retirement. Says one nominee (who asks to remain anonymous): â€œAre you kidding me? Iâ€™ve got a family to take care of. Who needs the hassle?â€ Others â€“ including eight well-known actresses â€“ beg off, citing conflicts with their careers. Finally, TV mogul Oprah Winfrey agrees to have her name placed in nomination. Senate-hearings on her experience and qualifications are under way by autumn, when Ms. Winfrey suddenly withdraws from consideration. Media investigators subsequently find that she pulled out when she learned that a Supreme Court justiceâ€™s salary is a paltry $255,300 a year, but her appointment would prevent her from continuing her television career, which pays her $315 million a year. When all attempts to fill the Supreme Court seat before the 2022 elections fall through, Joe Biden makes an â€œemergency appointmentâ€ after the Senate adjourns in November. In a unanimous vote (8-0) the Supreme Court strikes down the move on Constitutional grounds and refuses to seat Mr. Bidenâ€™s appointee.

No acts of vengeance. Investigative reporters discover that U. S. Attorney General Merrick Garland was a â€œmade manâ€ in the Mafiaâ€™s Kansas City Gambolo family, during the 1970s. Garland pre-emptively orders the DoJ to arrest the reporters to keep the story from breaking, but the suppression fails, and the â€œDon Garlandoâ€ report hits cable-news, coast-to-coast. Speaker Nancy Pelosi canâ€™t stop sensational hearings in the House of Representatives, in which the accused AG keeps snarling, â€œYou dirty rats!â€ in response to House membersâ€™ questions. The hearings conclude with House-passage, by a vote of 350-80, of an Article of Impeachment charging Garland with â€œSeditious conduct.â€ The Senate subsequently convicts the AG by a 90-10 vote and removes him from office. During the proceedings he continues to issue threats and imprecations on the floor of the Senate. He is last heard shouting, â€œDo you know who youâ€™re fooling with? Youâ€™ll pay for this!â€ as Capitol Police eject him from the Senate chamber. FBI officials ignore Garlandâ€™s parting orders to arrest PTA leaders across the country, as well as senators who voted against him. Reports later emerge that Garland has assumed Albert Anastasiaâ€™s former role as the Mafiaâ€™s enforcer. Anonymous sources say he carefully avoids all barbershops.1

Coal-miner II. Senator Joe Manchin (D-WV) refuses to support a change in Senate rules to eliminate the filibuster. The change might have allowed passage of Democratsâ€™ Voter Rights Bill, which would place all state and local voting protocols under federal control. But Senator Manchin also declares his opposition to that bill, even if the filibuster should be eliminated. Subsequent death-threats against the senator drive him into hiding. Eventually reporters learn that he has been hiding out in a West Virginia coal-mine that is provisioned with a secure office and living space. Later in the year Senator Manchin declares his intention to take the â€œCoal-minerâ€ title from Joe Biden and oppose him in the Democratic presidential primary. This makes him the forty-fourth presidential candidate to declare for 2024.

Jail-break. Sixty-five prisoners are still being held incommunicado, and without trial, for allegedly participating in (or being sympathetic to) the Capitol riot of January 6, 2021. With help from sympathetic guards and prison officials they bust out of the DC jail and scatter across the country in waiting cars and vans. Communicating from an unknown location, an anonymous spokesperson informs Fox News that the former prisoners have retained legal counsel and plan to bring a $5 billion suit against federal and DC officials for wrongful arrest, denial of counsel, illegal imprisonment and bad prison food. In response, House Democrats send out their new spokesman, Schultz, who claims, â€œVe know nichts!â€ followed by incomprehensible mutterings which sound like â€œI know dere vas a ham-hock in hereâ€¦â€

Midnight ramblings. Reports about federally-funded late-night chartered flights â€“ bringing adult male illegals to small airports across the country â€“ have been aired by One America News and Fox, but mostly ignored by Big Media. In May, however, the doo-doo hits the fan when residents of Delaware â€“ Mr. Bidenâ€™s home state â€“ learn that over 10,000 aliens have been delivered to a small airport outside of Dover in the past year. Responding to that news, 25,000 Delaware citizens mob the airport at New Castle, when Air Force One brings Mr. and Mrs. Biden there, en route to their home in Greenville. Secret Service agents â€“ finding it impossible to control the shouting, sign-waving, fist-shaking crowd that surrounds the plane and Mr. Bidenâ€™s limo â€“ usher the presidential party back into the plane and order its return to Andrews AF Base in Maryland. â€œTake your illegal pals back to Mexico, and stay there with them!â€ shouts one demonstrator as the Bidens re-board the plane. â€œWe donâ€™t want them!â€ A great cheer goes up from the crowd as Air Force One taxis away.

Election security. In response to concerns about election-fraud, the Republican National Committee hires and assigns teams to 24-hour guard-duty at 5,000 polling places which are considered â€œsecurity risksâ€ in thirty different states. Some of the guards are armed, and all are coached on possible ways (and times) that quantities of fraudulent ballots might be imported. The teams take their posts as early as three weeks before the elections, and stay until all ballot-counting has been completed. Governors of several states ask National Guard troops to drive off or arrest the poll-guard units, but those requests are ignored.

This time sheâ€™s really serious. In mid-year Hillary Rodham Clinton announces her third campaign for the presidency, with a special outreach to the over-65 population, which now numbers 55 million. (Mrs. Clinton is now age 75.) As part of this senior-citizen emphasis, Ms. Clinton starts visiting nursing homes, where she talks with residents to hear their concerns. During one visit she asks a female resident, â€œDo you know who I am?â€ In response the lady answers, â€œNo, but if you ask at the desk theyâ€™ll tell you.â€

Best of the New Year to all my readers. Enjoy the drama of these interesting days, and take every opportunity to laugh at our â€œleadersâ€ as they stumble through their duties. Getting the horselaugh from the hoi polloi drives them crazy. Of course, they come by that reaction honestly: