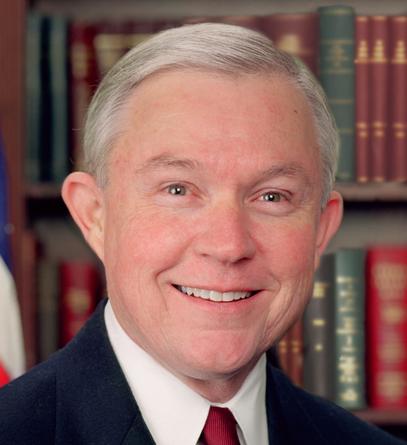 Conservative Senators Chuck Grassley (R-Iowa) and Jeff Sessions (R-Alabama)are asking why 121 criminally convicted illegal immigrants were not deported but allowed to remained the country to later commit murder.[read_more] The Senators believe those 121 murders could have been prevented if the illegal immigrants had been deported following their previous crimes.

Grassley and Sessions, both on the judiciary committee, have sent letters to Attorney General Loretta Lynch, Secretary of State John Kerry and Homeland Security Secretary Jeh John asking them to explain what happened in the failure to deport these criminals. From DailySignal.com,

In their letter, Grassley and Sessions cite Immigration and Customs Enforcement statistics that show 1,000 of the 36,007 criminally-convicted illegal immigrants released from custody in fiscal year 2013 have been reconvicted of additional crimes.

Immigration and Customs Enforcement Director Sarah Saldana previously stated that convicted criminals facing deportation can be released from the authorities. There is no law requiring these illegal immigrant criminals to be detained prior to deportation.

And yet, we hear not a whimper from the agenda-driven media. I guess “American lives do not matter” to the white progressives who control our media.

One hundred citizens dead, thousands more family members impacted for life over a situation that was largely preventable expect for Obama’s Justice Department, ICE and many local law enforcement agencies unwilling to do their jobs and by judging the safety of existing American citizen’s lives less important then political expediency. What is the legal definition to accessory to mass murder?