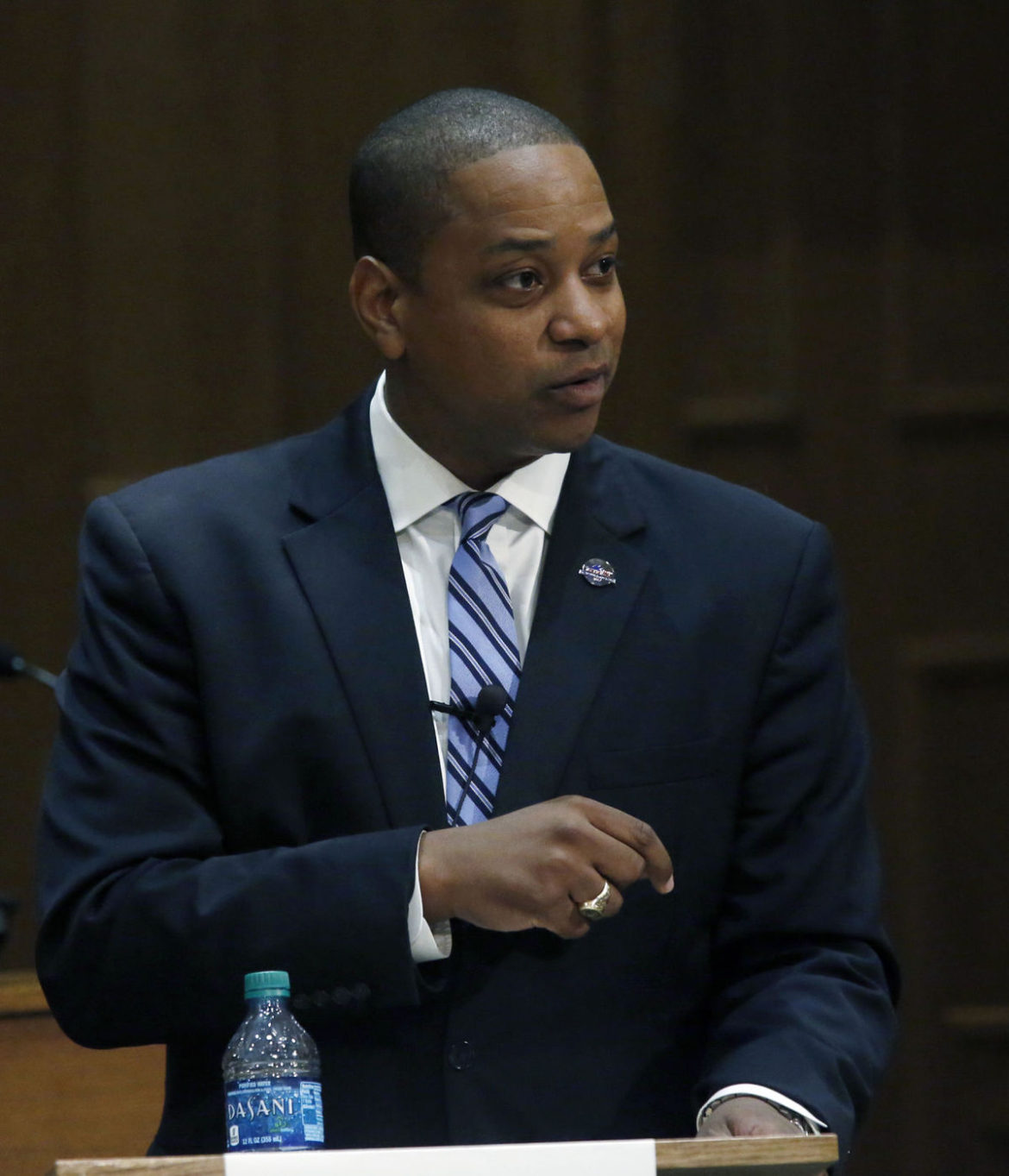 A Washington DC based PAC (Political Action Committee) has promised to make 200,000 phone calls to African Americans across the state urging them to vote for Justin Fairfax for Lt. Governor.  As we reported yesterday, Democrat candidate for Governor Ralph Northam removed Justin Fairfax from campaign fliers at the behest of the Laborers’ International Union of North America who has not endorsed Fairfax.  The union has contributed $300,000 to Northam’s campaign.

Justin Fairfax does not support two gas pipelines that are backed by the Union.

Northam approved the exclusion of Fairfax from the flier. 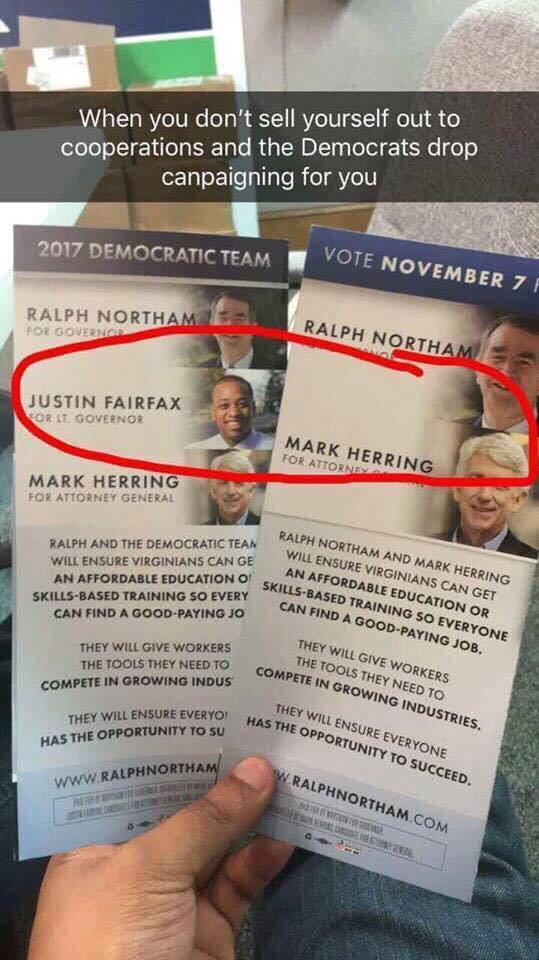 Quentin James is the co-founder of The Collective political action committee, which supports progressive black candidates nationally. He said the image of the fliers side-by-side is “striking” and kept him awake in the middle of the night when he saw it.

While the labor union has a right to support candidates of its choosing, James said, he noted that the Northam campaign approved of literature that excluded someone on the party ticket. Leaving out Fairfax, an African-American, hurts the ability of the entire ticket to turn out votes and win, James said, because African-Americans are such an important voting block for the Democrats and promoting a black candidate to black voters drives up turnout.

“Why would it at all be questioned or even an option for you to consider dropping the black candidate from the piece when that is actually counter to helping turn out black voters who are a key constituency?” James said. “They saw him as disposable when he was actually critical to their ability to win.”

This is not Justin Fairfax’s first dispute with the Democrat party of Virginia.

Last year, when another potential Democratic candidate for lieutenant governor was booked to speak at a state convention, the Fairfax campaign called it unfortunate and puzzling that he was not invited to speak. The Democratic Party of Virginia then attacked Fairfax, then apologized for attacking him.

PAC vows to GOTV for Justin Fairfax after Northam removed him from their literature was last modified: October 19th, 2017 by Jeanine Martin

Can somebody please clarify the quote above with the misspellings and bad grammar. Was that Fairfax?

“The palm cards with photos of Northam and Attorney General Mark Herring (D) were produced for canvassers with the Laborers’ International Union of North America, which asked that Fairfax be excluded because it did not endorse him. Fairfax has spoken critically of two proposed natural gas pipelines that the union supports.”

I’ve never trusted the WP as being an objective teller of news. Nor should anyone else.

Meaning that you don’t think the cards were made for the Laborers’ International Union of North America? Seems like a weird piece of reporting to make up out of whole cloth, no?

In any event, Ralph Northam approved the fliers.

I’m not trying to defend or minimize the issue. Just thought people might be interested in an explanation of how this happened.

When all else fails, play the race card.

This is going to be fun to watch during the next 20 days. Popcorn anyone?

Unfortunately, I’ve had to watch Northam and Herring commercials on ABC waiting for It’s the Great Pumpkin, Charlie Brown.