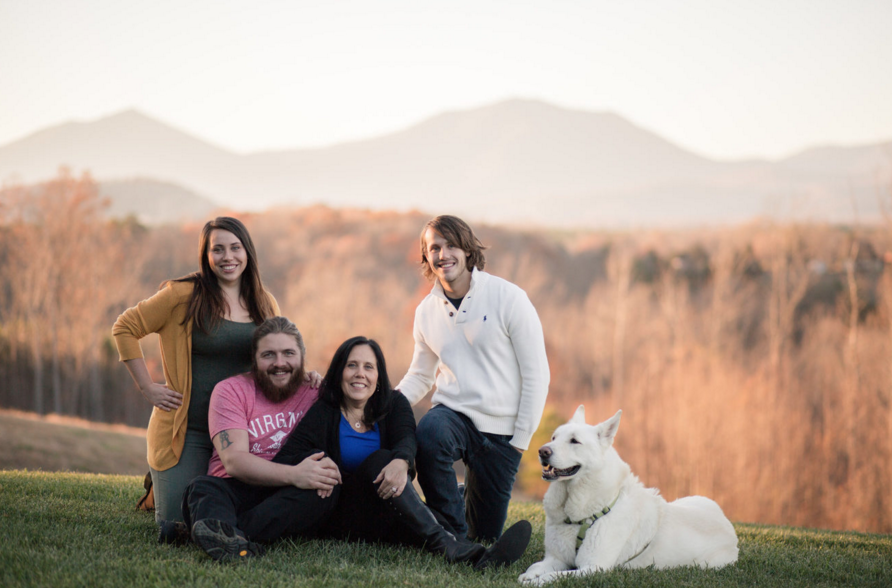 Shortly after Mr. Cline announced his candidacy, ten of us requested a meeting with him to determine whether we would support him in his bid for Congress.  Nine of the individuals had known Mr. Cline for at least the better part of a decade, primarily due to our extensive involvement in Republican politics. Our collective experience with him led to our primary line of questioning: does Mr. Cline have the integrity to break with, and oppose, Republican- Establishment politics.

This is a high calling.  Republican-establishment politics is a machine.  It is the ruling class of Washington, as well as Richmond.  Politicians of this brand are convinced that they are uniquely gifted and special people.  They, and no other, have the right to govern the rest of us. They deserve the best healthcare, excellent retirement, etc., and they alone are able to decide these matters.  The primary responsibility of the people is to keep them in office as long as they want to stay in office. In this case, the people are the servants of the politicians. If you haven’t noticed, this is where we live.

We the people need someone who agrees with the nation’s founders, that “Governments are established among the people for the preservation of their God given rights.”  This is a person who has the integrity to deny himself/herself the perks of the position, who will not be bought by domestic or foreign interests.  We sought a Congressional candidate who has the backbone to stand against the career politicians, who will forsake personal career aspirations.  This individual will suffer loss, not primarily at the hands of the Democrats, but at the orders of the Republican establishment.  In this case, the politician – more accurately, the statesman – is the servant of the people.

In the sixth district of Virginia, serious candidates know they cannot win unless they are perceived to be conservative, or even anti-establishment.  Unfortunately, this situation has created a myth-making factory. Establishment/career politicians calculate every move in an effort to paint themselves as true conservatives.  They make no decision without considering the impact it will have on their careers. Relationships are created and fostered primarily, if not solely, to gain/retain supporters, while individuals who threaten their progress are bought with favors, past or promised.  They speak like conservatives by denouncing secret deals and issuing anti-establishment claims. Their establishment associates openly oppose them as “right wing,” or “too conservative,” in an effort to assist with this multifaceted deception. They know that their success depends on being perceived as likeable individuals, and since no one appreciates negative campaigning, they acquire “dogs” to do their dirty work.  This affords them a double-dip: the “dogs” help destroy their opponents with outright lies, exaggerations, and nasty political ‘spin,’ and they respond by denouncing such attacks as “unscrupulous.”

If the copy is so like the original, how can anyone know which is real?  Many establishment politicians effectively shelter the picture they paint when viewed from 30,000 feet – particularly by star-struck novices, or by those who get caught up in the personal desire for access to power.  Yet, it is impossible to avoid exposure when this lifestyle of deception is subjected to strict scrutiny.  Our group met with Mr. Cline with the intention of taking a closer look, and what we found was disturbing. The meeting may be characterized wholly as an effort on Mr. Cline’s part to distance himself from Establishment associates by whatever means necessary – lies, misrepresentations, notably strong denunciations of his mentor Congressman Goodlatte, all of which were undergirded by the clever linguistic jockeying of an attorney.  By the time we left the session, all of us were convinced that Mr. Cline was unsuitable for the position.

For those who were not with us at the meeting, allow me to raise a few issues from the campaign that are worthy of consideration.  Consistent with the Career mindset, Mr. Cline started this campaign opposing term limits. Like all ruling class members who seek a higher office, he devised a cunning justification for his opposition: If we place term limits on Congressman, we limit the ability of the people to choose the representative they want!  Stated otherwise, he wants to protect our right to send him back.  You can see the importance of this position only when you recognize the uniqueness of the breed.  But it doesn’t end there. When his supporters expressed concern that he opposed term limits, he decided that protecting this right of ours was not such a good idea, and he changed his position – publicly stating he’d vote for term limits.

Another aspect of campaign messaging is equally telling.  The most recent Cline mailer quotes Mr. Cline saying, “I’ve spent the last decade in Richmond…” dealing with various individuals.  Note particularly the duration: “the last decade”? You find this throughout his campaign literature and speeches. He wants us to understand that he has legislative experience.  Yet, the same flyer elsewhere touts his work in the Assembly, “For the past 15 years, Ben Cline has….” And the truth is, Mr. Cline went to Richmond 16 years ago. Why does he consistently claim “a decade”?  Either because he didn’t fight for the first 6 years he was there, or because the campaign is sensitive to the idea that voters are going to notice that 16 is closer to 20 than it is to 10. Twenty years looks a lot more like a career politician, but that’s a picture they don’t want to paint.  In reality, when we add to the sixteen years in Richmond, the prior ten years as Chief of Staff for Congressman Goodlatte in D.C., career politician comes clearly into focus. What’s another twenty in D.C?

Last is the matter of the “dogs.”  Unfortunately, this race has produced a high level of negative campaigning right from the start – anonymous negative campaigning.  It has been directed heavily at the Dunbar campaign, in part through the “Say No to Dunbar” Facebook page. Mr. Cline’s campaign has not failed to denounce the negative campaigning, and he has personally tried to demonstrate that he is taking the high-road.  This is understandable. Mr. Cline has worked long and hard to gain the reputation of being a nice guy, and his campaign has made every effort to portray it. He has made a special point of showing disapproval of these abuses, stating, “One thing I am concerned about, is running a clean campaign.”  No dirty stuff, no cheap shots. However, there is a little issue of the anonymous PAC that is financially supporting the “Say No to Dunbar” Facebook page. While Mr. Cline has been concerned to “run a clean campaign,” his father-in-law has been supporting the PAC behind the Facebook page – $30,000 worth – that is pouring pollution into the political atmosphere.  Mr. Cline has kept his hands nice-guy clean, while Cynthia Dunbar has suffered repeated attacks, none of which has been substantiated. Of course, since it is illegal for a campaign to collaborate with a PAC, we can be certain that Mr. Cline knew nothing about what his father-in-law was doing. Is this the sort of thing we want going on behind the scenes in our government?  Haven’t you had enough?

As with Mr. Cline, we had a meeting with Cynthia Dunbar.  We drilled her about our concerns, and arrived at a very different conclusion.  Though a trained lawyer and former professor of Constitutional law, we did not get the attorney shuffle.  Her answers were forthright – this is who I am, support me if I represent your values and interests. There is no perfect candidate.  However, all but the one political newcomer in our meeting still support her because we are convinced that she is not only the most capable among the candidates, but that she exemplifies a level of integrity that is fitting to the office.  Please join us in supporting Cynthia Dunbar for Congress.

Dan Moxley is a 6th District resident – from Augusta County – as well as a husband and father – interested in promoting the good of this Commonwealth for future generations. He is a small business owner, former state senate candidate, and long-term political activist. He has also held various Republican positions in the district, and his main political goal is Constitutional representation for the good of the people.

The Fright-campaign and the Tipping Point