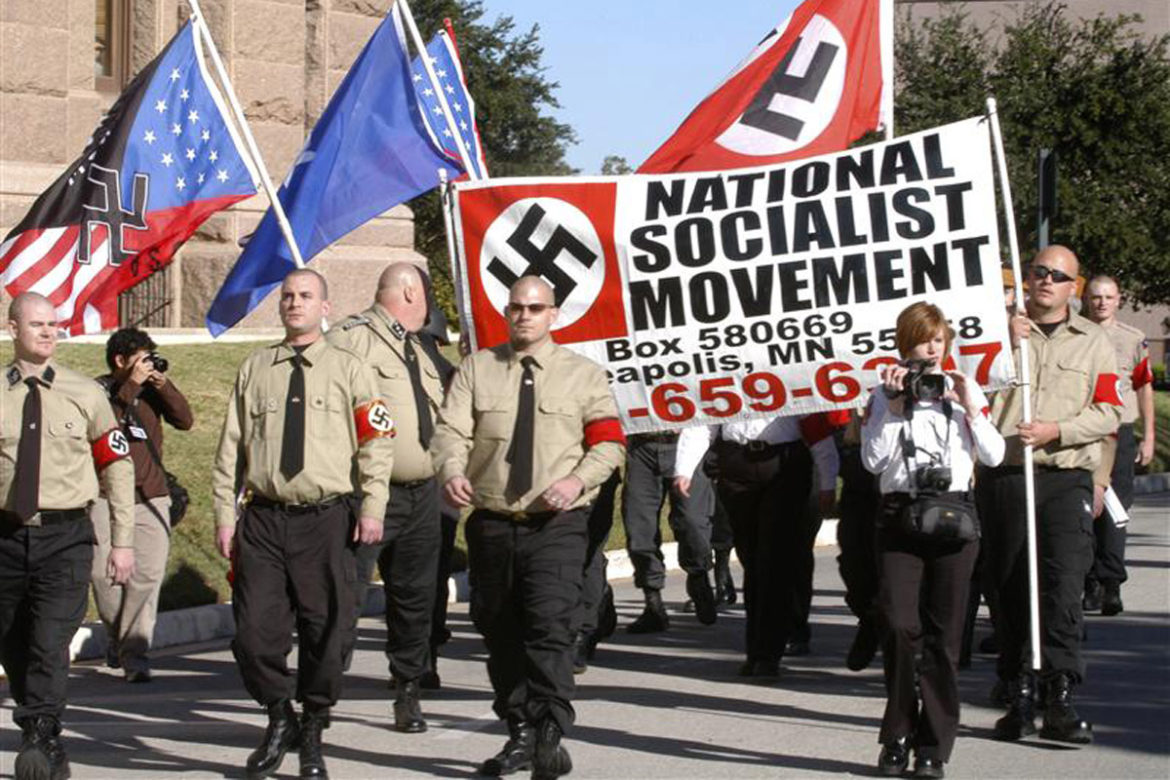 The violence in Charlottesville this past Saturday is yet one more reminder how fragile domestic peace can be if good, freedom loving citizens – of every political bent and of every race – remain silent; if public officials themselves intentionally ignore or manipulate the law; and when a corrupt corporate media complex becomes hyper-radicalized.

It is also a razor-sharp token of the failure of both organized religion and politics in the last half century.

First though, a thought about the damnable “identity” politics that is a cancer that keeps regenerating itself throughout human history and in every corner of the globe – and in our Republic is antithetical to everything that is brave and good about the American experiment in Constitutional self-government and liberty.

This simple fact should be at the heart of every commentary on Saturday’s violence in Charlottesville: Wicked and evil people do wicked and evil things regardless of the name or motivations they claim for themselves.

For faithful Jews and Christians, there is a blindingly clear teaching in both the Old and the New Testaments that runs from Genesis to Revelations – that every human life is handcrafted by the Creator, and that He gives no deference to creed, race or station.

Regardless of the history of the church, and man’s cruelty to other men, this is God’s theme. In so far as possible, the Judeo-Christian ethos demands that its true adherents treat every life as precious, and every person as equally worthy before God.

If that precept has been imperfectly employed at times by men and their schemes, it doesn’t diminish its truth one iota. Every race or class-based hatred or cataloguing is morally repugnant at its core because it rejects His universal order; and because of that Truth it becomes the favorite tool that Evil uses to defile and destroy that good which it can have no part of.

It is no coincidence that Evil attacks at the most visible and identifiable human differentiations.

Sadly, far too many of the churches and synagogues have abandoned their moral responsibility in their reaction to great evil, exchanging principal for trendy relativism – paralyzed by niceness, thinking that it replaces truth.

To the actual events in Charlottesville, this was entirely predictable, and it is now clear, a staged event. The facts as they now dribble out are obvious enough.

While a large crowd was congregating to protest the removal of a stature of  Robert E. Lee from Charlottesville’s Emancipation Park, there were “several hundred,” according to multiple press and eyewitness accounts, largely imported hate-mongering rabble that self-identify as neo-Nazis, white supremacists, and “alt-right,” whatever that is, on hand. This group extensively publicized the event well in advance of last weekend as a “Unite the Right,” event.

Researching and listening to videos and reading the comments of the leadership of these very small bands of neo-Nazis and the white supremacy groups involved in this event, is what one supposes a visit to the rubber room of an insane asylum would be like.

These are simply hate-filled, crazy people sitting on the edge of reality like a spectator hoping that something good happens to them.

Interestingly, in their own words and definitions, the politics of the neo-Nazis is a mix of race cleansing and far-left extremism. They espouse a version of totalitarian economic and social management up to and including internment camps.

Let’s be clear; these self-described neo-Nazis march under the flag and banner of the “National Socialist Movement.” They are creatures of the political left.

These lost and evil souls have absolutely nothing in common with classical conservatism or what the press love to describe as the political “right.” These should be named the “white wing party.”

Confronting this rabble in Charlottesville was yet another mob of rabble that was buried in the larger group of counter-protesters, led by the Antifa anarchists, and Black Lives Matter (BLM), a racist hate group. Also only numbering in the hundreds, they were also imported in specifically for the demonstration in Charlottesville after a call for protestors to “protest the fascists and white supremacists.”

Antifa radicals are part of a nearly hundred year pedigree that reach back to the militant European communist movements, and are self-described in the U.S. as an “anti-fascist” movement that is also anti-capitalist, Marxist and openly promote public violence and intimidation to shut down any venue they do not approve of, typified by their incredibly violent riot in June in Berkeley, California.

They too are relatively small in numbers, but Antifa and BLM, and other assorted Marxist groups have the advantage of a larger radical umbrella supporting and financing them. However, listening to and reading comments by their leadership and members is as depressing as listening to the neo-Nazis. They too revel in hatred and violence, attested to by scores of assassinated police officers in the last two years.

According to many early news reports and numerous eye-witness accounts, the Antifa-led mob were allowed to march into the demonstration armed with balloons filled with urine and waste, pepper spray, and other assorted instruments. [What sporting event allows attendees to come in without a search anymore?] On orders from “on high,” presumably the Mayor of Charlottesville, Michael Signar, police, by their own admission, were told to stand down as the two groups confronted each other, with the evident blessing of Virginia Secretary of Public Safety, Brian Moran and Governor Terry McAuliffee.

The ensuing mayhem and violence, and the murder of a young woman run down by a twenty year old white supremacist from Ohio, was unconscionable. Unspeakable. Evil. And completely avoidable had not the police been ordered to stand down.

In truth, these various groups are merely two sides of the same coin. Violent, radical, racist, hate-filled people who believe they alone have the moral purity to run the world, and willing to use any means necessary to implement their lunatic vision while denying the rest of us ours. The radical left – and they all are on the left – love evil and they embrace it with enthusiasm.

Sadly, the success of these groups in causing chaos will only insure more violence.

If so, when will average Americans have a belly full and demand law and order be enforced? And will they hold politicians to account for accommodating violence, whether intentional or not? And the national media? Will citizens demand that they stop inventing and inciting news events to manipulate public opinion?

For conservatives and Republicans, the question is why are they so spineless? One might think that when the media labels neo-Nazis as “right wing,” it would draw an outraged reaction of the official Republican Party and other conservative groups – that they would fight back with everything they had,  exposing that canard that these radicals have any links to the “right,” while challenging the media meme that any of these groups possess moral authority.

But,  the conservative movement and Republicans, like much of the religious community, is paralyzed by niceness, obsessed by the thought that eventually that niceness will allow them to be accepted and loved by the media and the culture that makes clear they will never do so. It only wishes to bury them.

I’ve always thought he was basically a moron, honestly. But when he stood in front of a howling press and looked them in the eye and forcefully said that there were leftists who were involved in the violence, and withstood their collective will, he won my vote. It isn’t because I sympathize with the white nationalists, it isn’t because I support Trump’s policies, it was because what he said was ABSOLUTELY TRUE, and he defended the truth when it was the hardest of things to do. He’s absolutely right, the left was violent, antifa was there to cause trouble, and a lot of people do wonder where all of this statue removal is going to end. It isn’t like its some crazy idea that people might want to remove statues of Thomas Jefferson or George Washington, people have actually said as much, we’ve all heard it at one time or another. It is refreshing to see a politician stand for the actual truth, for once. Antifa IS violent, and that were there to start *&^% with the white nationalists, and that is a FACT. The left is now having a total freak out because the President didn’t bow to their collective brow beating, they can. not. believe. that he would dare stand against them. Like I said, he has earned my vote simply by standing up for the truth.

I was a reluctant Trump voter, but the unhinged behavior of the media and the left since his election has only convinced me I did the right thing.