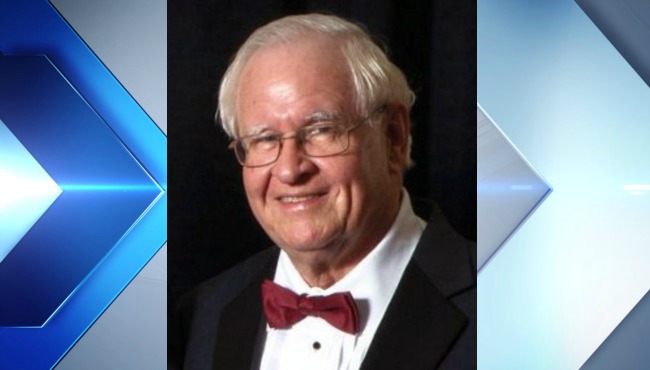 written by David Shephard May 30, 2017
I woke up this morning to some sad news. Former VA GOP Chairman Pat Mullins passed away in an accident last night. I did not personally know Pat very well, but as a Republican in Fairfax county I knew Pat well. I went to school with his son Steve, and through the George Mason college Republicans I met Pat. He was very involved in our club and from time to time he would come by some of our meetings, give us advice and offer some words of encouragement.

In the early 1990’s, I am not sure of the year, Pat ran for Fairfax County GOP chairman. It was one of the first campaigns I ever got involved in. I remember that Pat’s campaign colors were burgundy and gold, reflecting his devotion to the Washington Redskins. Pat won that election and built a campaign organization in the county that was never sharper or stronger. It is fair to say that Pat rebuilt the GOP in Fairfax county. Shortly after he was elected county chairman Republicans re-took the Board of Supervisors. That’s right we once had a majority on the Fairfax county board!

In those days our county committee meetings were held in the cafeteria at Falls Church High School. The cafeteria was always packed, in large part due to Pat’s recruitment efforts. And in such a large, raucous crowd it is natural for people to start talking amongst themselves as the meeting was in progress. If you were ever on the committee you will always remember Pat’s response to the talkers. In his southwestern Virginia accent, Pat would raise his voice and say, “If you want to talk go outside.” Everybody got the message.

Leadership is not something that can be taught or acquired. A person either has leadership aptitude or not. Pat was a natural born leader. Volunteers and supporters felt a connection with him. They knew he was honest, straightforward, diligent, fair, and a true conservative.

Pat will be missed.