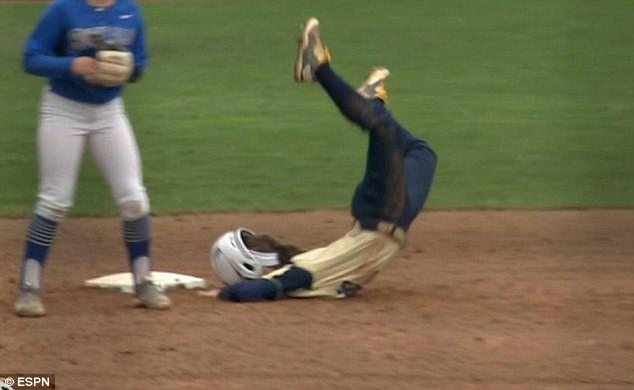 After Scott Wyatt won a landslide victory at the 97th District Convention, and after the 1st District Committee upheld the results of that convention and rejected the attempts on behalf of the Peace campaign to rig the process and steal the nomination, Chris Peace and his supporters are at it once again.

This time, Chris Peace wants to just toss aside the idea of elected Republican committees making decisions on nominating contests, and just have the unelected, appointed RPV Legal Counsel declare him the winner by fiat. Unfortunately it didn’t work out the way Chris thinks it did.

Caroline County Chairman, Jeff Sili, asked RPV Legal Counsel, Chris Marston, for a ruling on when an appeal from a Legislative District Committee “properly lies with a Congressional District Committee.” Marston responded with a ruling that does nothing more than quote the Party Plan.

The Peace campaign, seeing this line in the ruling, “The Plan also provides for an appeal to lie with the Congressional District Committee if the LDC fails to render a decision in writing within 30 days of the LDC’s receipt of the appeal.” assumes they have won a major victory and posts a message on Facebook declaring that the First District Committee was out of order and the primary is still on.

There’s just one problem. That’s not what the General Counsel’s ruling said.

The General Counsel’s ruling did not specify any action taken by any specific Committee. It did not address the actions of the 1st District Committee at all. All the GC’s ruling did was restate the language in the Party Plan.

Article X, Section B, Paragraph 5 of the RPV Party Plan states quite clearly:

All Contests and Appeals under sub-sections 1, 2 and 3 of this section, except for an appeal to the State Central Committee, shall be heard and a decision rendered by the committee to which the appeal was made within fourteen (14) days of receipt of the appeal.

The next sentence in this paragraph is what is referenced in the General Counsel’s ruling, but the ruling does not completely quote the plan. The actual plan language says:

If no decision has been rendered in writing at the end of thirty days, the appeal or contest may be made directly to the next level of appeal as if an adverse decision had been rendered.

The State Party Plan plainly states that a Committee has 14 days to hear an appeal and render a ruling. That language is clear and unambiguous. The plan then states that if no decision has been rendered in writing within 30 days, then the affected party can go over their heads as if an adverse decision had been rendered. The logic behind these two statements, convoluted and confusing as it may be, is attempting to prevent a committee from hiding an adverse result behind a favorable ruling on an appeal followed by no action taken to provide a remedy for the appeal.

For example, let’s say a Committee votes to revoke the membership of one of its members. That member appeals the decision. The Committee hears the appeal and votes in favor of reinstating the member, but then refuses to actually follow through with the reinstatement. They never provide the member with a written copy of their ruling. The individual is left in limbo. Their name still doesn’t appear on the membership roles, and they have nothing to show the Secretary that they should have been reinstated.

In this case, the plan gives this person the same rights to appeal this supposedly successful appeal to the next level the same way as if their appeal had been voted down by the original Committee.

Chris Peace wants you to think the First District has to wait for 30 days before they can act because no decision has been made by the 97th LDC in writing, but that is not what the plan says. In fact, the First District’s actions were entirely in order because the 97th LDC acted on Scott Wyatt’s appeal on Saturday and rejected it.

Scott Wyatt filed his appeal on May 9th. The 97th LDC had 14 days from that day to hear the appeal and render a decision. The LDC met on Saturday, May 18th, and voted to postpone their decision until June 5th. Not only is that date outside the 14 day window they have to render a decision, it is also AFTER THE PRIMARY THAT IS THE BASIS OF SCOTT WYATT’S APPEAL.

As I have stated before in a previous post, an appeal is useless without a remedy. Scott Wyatt is appealing the votes to cancel the convention and schedule a firehouse primary. The members of the 97th LDC are telling him that, not only are we going to violate the State Party Plan by refusing to decide your appeal in the 14 day window we are given, but we are also going to wait until after the very primary you are challenging has already been held. This has the effect of rendering the appeal moot and negating the appeal.

This is the definition of an adverse ruling and the First District recognized it as such.

In its discussions on Monday, members of the First District Committee pointed to Robert’s Rules of Order to show how the actions of the 97th LDC to postpone the vote until after the primary was the same as a vote to postpone indefinitely, which is the same as killing the measure. This adverse ruling properly put the issue before the 1st Congressional District Committee which then rendered its decision.

There is No Primary

Contrary to the beliefs of the Peace campaign, there is no primary in the 97th District. The First Congressional District has ruled in favor of Scott Wyatt’s appeal and has declared the vote to cancel the convention and the vote to schedule a primary out of order. They have affirmed the results of the properly held convention, declared Scott Wyatt as the nominee for the 97th District, and ordered the June 1 primary cancelled. The General Counsel’s ruling that was released on May 21st does not address any of these issues, nor does it even mention the 1st Congressional District or the 97th LDC by name. It simply has no effect on this appeal.

We are all waiting patiently for RPV Chairman, Jack Wilson, to follow the example he set previously, accept the decision of the 1st District and remove the primary from the RPV calendar. Strangely enough, as of today the primary is still listed and Chairman Wilson is as quiet as a door mouse. It’s almost like he has chosen sides and is trying to tip the scales. Either way, it doesn’t matter what Jack Wilson thinks, and it doesn’t matter what John Findlay thinks. Neither of them have any role in the decision making process for this contest, especially Mr. Findlay.

If Chris Peace wants to appeal the decision of the 1st Congressional District to RPV State Central Committee he is free to do so, but his attempt to have the General Counsel override the legitimate decision of people directly elected and answerable to the people did not go the way he hoped. I expect Mr. Marston was too smart to get sucked into these schemes. Nevertheless, this is just the latest in a long line of shameful actions taken on behalf of a power hungry incumbent who won’t take no for an answer.