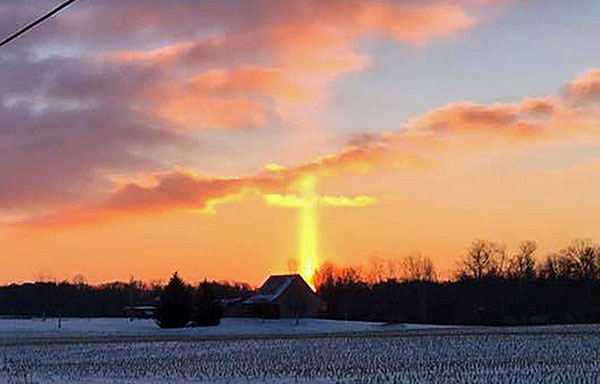 Peace in the Midst of Pandemic

We fear the coronavirus for the same reason we fear anything: we can’t control it, we don’t know what will happen because of it, and we might not like the outcome. Like everyone else, those who have an abiding faith in Jesus Christ have no control over the disease nor do they know what will happen, but they have a strong faith that whatever happens, God will use it in their best interests (Romans 8:28). They demonstrate in their own lives the reality of Jesus’ promise: “Peace I leave with you. My peace I give to you; not as the world gives do I give to you. Do not let your heart be troubled, nor let it be fearful.” (John 14:27).

That promise also played out in the life of atheist – that’s right, atheist – Lulian Urban Lorenzo, a 38-year-old physician in Lombardia, Italy, a community about 15 miles north of Milan, where COVID-19 was hitting harder than anywhere else in the world at the time.

Dr. Lorenzo tells his story: “What we have seen and done in our hospital for the past three weeks has been nothing but a nightmare. First a small stream, then growing, like a large river. A dozen, and then hundreds, of people have flowed through. We have become not doctors but selectmen. It is the selectors who decide who should live and who should be sent home to die. Yes, painfully speaking, all of them are taxpayers for the right to life. But now we decide who should live and who should die.

“Two weeks ago, I and many of my colleagues were atheists. Because we are doctors, we one hundred percent believed that science excludes God. I would look at my parents at church and mock them….

“A seventy-five-year-old clergyman arrived here nine days ago. A poor man. He was struggling to breathe. But he always had a Bible in his hand. He reads it to the patients who are dying. He places the Bible in the hands of some, and we look at it intently…

“Two of my colleagues have passed away. Some are sick and in total despair…. As human beings, we have reached our limits. There is nothing we can do except increase the death toll of the people we care about.”

Then Dr. Lorenzo said, “We began to notice [the priest’s] work. We began to feel that God begins where man ends…. We who were atheists until yesterday, now pray to God for peace. We pray [for God to help us] care for the sick. The courage that was supposed to be lost has somehow returned. We are more energetic now… Yesterday, that seventy-five-year-old priest died. That means 120 deaths in three weeks. He helped to give us the peace we never expected in just nine days, when all hope was shattered. Remembering that we were helped by his weakness . . . the good shepherd went to the Lord.”

Theologian Paul David Tripp repeats a consistent theme in his writings. Human beings made in the image of God do not live life based on the facts of their experience but rather on their interpretation of the facts. Tripp says we don’t actually respond to what is going on around us; we respond to the sense we have made of what is going on around us. Yet without factoring the truth of God into life, life makes little sense. When pushed by crisis, the “truths” we bring to a life without God just do not add up to an understanding that results in peace of heart and mind.

We want our world to bring us wealth and health and happiness – as if those were the only things that matter. But a worldwide illness that leads to economic chaos and a shift in our comfortable lives totally disrupts the things that comfort us. The plans we have for our lives might not happen like we want. In fact, we might get just the opposite. And that causes fear.

Many people refuse to believe that God loves them and that He could have a better plan for them than they have for themselves. Dr. Lorenzo learned that lesson from a dying, impoverished priest who did not have the things we think we want, but rather had found joy in the peace that comes from the living God.

When we try to follow our own plans, we have to carry the burden of fear and worry about how our lives will turn out. On the other hand, if we trust that God loves us and has our lives under control – if we let Him – then we can enjoy that sublime peace that only comes from relying on God to produce the best outcome in our lives. It’s a choice we all have to make – the choice between fear and peace.