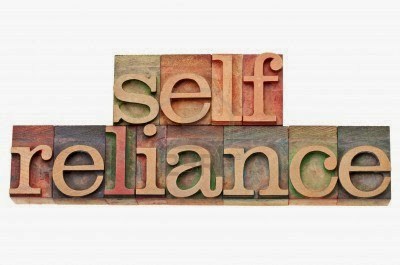 We The People, Not Our Politicians, Are Destroying our Freedoms

American culture has become cancer-stricken. Something foreign to its nature and within itself is destroying its’ vital organs and deteriorating its’ health. Like cancer, no one really seems to understand the fundamental cause. We recognize the individual cells when we see them, but cannot predict when those cells will aggressively form into caustic masses intent on destroying the body within which it lives.

I have always believed that a healthy society was predicated upon individualism, self-reliance, and an acquaintanceship with and reverence for God. Saying this, today and in America, is certain to send the collective’s eyes rolling. Individualism is selfishness. Self-Reliance is naivety. A belief in God? Down right foolish. I have no commonly accepted values upon which to base a conversation with the people of America.

However, without these things, how is freedom possible? If we are truly subject to one another, if we are, politically our brothers’ keepers, then liberty is simply the space left untouched by our fellowman. Our rights are whatever our brothers say they are and they can change from time to time as those in power see fit.

What is worse, if as individuals we cannot take responsibility for ourselves, then we become objects of dependence on any power willing to offer us security in exchange for our own individual sovereignty. Is this not what we decide to do year in and year out? Is this not the direction which seems nearly inevitable? Those capable of surviving on their own are welcome to complain, but, “Oh, that’s easy for them. They can survive. What about those who can’t? Do we just let them die?”.

Worst of all, our discernment and wisdom seems to disappear a little more every day. Unmoored from God, we struggle with the most basic moral questions and, truly, we become less and less civilized and more insane.

For all our political differences and our arguing, we accomplish nothing, because we refuse to acknowledge the basic building blocks of societal health. We are becoming a collective of immoral dependents. The more dependent we are, the more frightened we become that one day that security might slip from our grasp. Nothing threatens this security more than liberty.

We aren’t losing our freedoms simply because the government is maleficent.  We’re losing our freedoms because we are no longer able to deserve them. We lack the skills and psychological strength to sustain it. The cancer is here. We can’t just make it go away. We can, however, attempt to make our body healthier. We can return to the building blocks of societal health in our culture, in order to enable our body to sustain our life until a cure for the cancer is finally found.

I don’t care who we elect; if the American people do not rediscover individualism, self-reliance, and a personal relationship with our Creator, it will not matter. Our nation will continue on the same course – and not because of our politicians and who they are – but because of us and who we’ve become.

We The People, Not Our Politicians, Are Destroying our Freedoms was last modified: June 5th, 2016 by Steven Brodie Tucker

“personal relationship with our creator” seems like a PC weasel phrase.

“God, who gave us life, gave us liberty. Can the liberties of a nation be secure when we have removed a conviction that these liberties are the gift of God? Indeed, I tremble for my country when I reflect that God is just, that his justice cannot sleep forever.”

The problem is that the message from the GOP is not to form a relationship with one’s personal moral code. The GOP is projecting that this relationship must be Christian. No other “Creator” is acceptable.

One man’s personal moral code is anothers ‘sense,’ ‘feel,’ and ‘identify.’ There is only one Creator.

Shouldn’t feed the trolls, but it’s a slow day:
1) GOP never pushes separation of church and state (please go look up this concept/notion)
2) Theological/logical discussion, but there can only be one Creator by definition — Yours may be a dice roll, but there can be only one.

There were millions of people who had a personal relationship with their Creator in the 30s.
Unfortunately many of those met their Maker before the powers brokers of that time got finished by the 50s.

Today we live in an era in which criminals can legally remain anonymous, while the daily activities of decent people are exposed to the entire world without recourse. A licensed gun owner’s name is plastered across the internet, but the fake business owner quietly rakes over thousands with no worry of long term damage to his operations. Is this the way it was supposed to work?

The days of self-reliantly fixing the plumbing, a car, or even our smart phone are long gone. The individual today doesn’t work on a farm milking cows, they hold ‘real’ jobs with employers and 401k retirement benefits and must tow the line lest they become unemployed. They depend on the government to make the rest of the system work so individuals won’t get screwed over. The problem is the power brokers have joined the crooked to rape the citizenry. The rule of law is becoming a Chump’s Law and decent people are the chumps. So what are we gonna do about it?

what does any of that have to do with “personal relationship with their Creator?”

Amen and so true… especially the part about discovering a relationship with our Creator and through that, finding that there is a moral code that we should hold ourselves to.