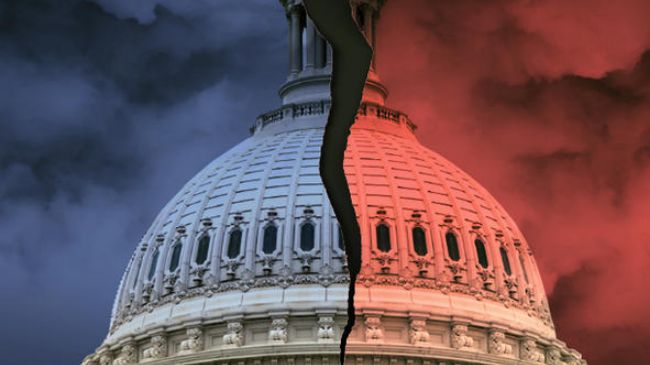 A Perfect Example of What’s Wrong With Government

So this happened recently:

“The State Department, in a stunning admission, acknowledged Wednesday that an official intentionally deleted several minutes of video footage from a 2013 press briefing, where a top spokeswoman seemed to acknowledge misleading the press over the Iran nuclear deal.”

Back in February, 2013, the State Department spokeswoman at the time, Victoria Nuland, claimed there were no direct, secret talks going on between the United States and Iran.  This was a flat out lie.  Later that year, in December of 2013, the new State Dept. Spokeswoman, Jen Psaki, was asked about the claims made by her predecessor, and she basically admitted that Nuland had lied to the press about the ongoing talks saying, “there are times where diplomacy needs privacy in order to progress.  This is a good example of that.”

On the State Department website they post copies of all the press briefings for the public to be able to watch, but when it came to this particular December, 2013 briefing, reporters found that an entire section of the briefing had been deleted, including the portion where Jen Psaki comes clean about her predecessor’s indiscretion about the secret Iran talks.

First a lie, then a whitewash.

The State Department then tried to claim that it was a “glitch” that caused the incriminating portion of this particular briefing to be edited out, but they have just recently come clean.  On Wednesday, the newest spokesman for the State Department, John Kirby, said, “there was a deliberate request – this wasn’t a technical glitch.”

A lie, a whitewash, another lie.  But wait, it gets even better.

In his statement Kirby also explains that, while the deletion of the footage was intentional, he couldn’t find out who ordered it.  Not only that, but they aren’t even going to try and find out who it was, nor will anyone be punished or reprimanded.  From the Fox News article:

“He said no further investigation will be made, primarily because no rules were in place against such action.”

A lie, a whitewash, another lie, and finally a giant middle finger to the American people.

Unfortunately this has become an all-too common problem we have had to deal with over the years.  We are constantly forced to deal with Government officials and bureaucrats who have a tortured relationship with honesty and integrity, whose sole purpose in life is the acquisition of power and influence, and who view the American people as annoying inconveniences they are required to deal with, even as they try to tell us how to live our lives.  The worst part of this is that we, as a people, allow them to do this and get away with it.

Look at it this way.  Let’s say you had an employee who worked for you that abused the power you had given them, then lied to your face about it.  They then deny they lied to you when confronted about it.  After you show them proof that you know they lied, they shrug their shoulders and tell you to get over it.  How would you react to that kind of behavior from an employee?  Would you fire them?  Of course you would.  Nobody in their right mind would want such an untrustworthy person working for them in any way.

So why do we accept that kind of behavior from elected official and bureaucrats?  After all, they are our employees.  THEY WORK FOR US.  If we allow this kind of blatant abuse of the public trust to go unpunished, then the blame does not fall on them.  It falls on us.  I have written before about the need to support candidates with good character, because trust in our leaders is essential to the establishment of a just and honest government.  The only way to deal with corrupt and dishonest bureaucrats is to make sure their bosses (the elected leaders) don’t tolerate that kind of behavior.

So how have the American people been doing on that front this election?  The Republicans have chosen a narcissistic egomaniac that has flip-flopped on every issue, and the Democrats are about to choose the woman who’s corruption has been an integral part of the erosion of integrity in government over the last 20 years.  Does anyone believe that either of these people will takes steps to create a more honest and open government?  Does anyone expect that a Trump or a Clinton administration will produce a renaissance of integrity in the corridors of power in Washington?