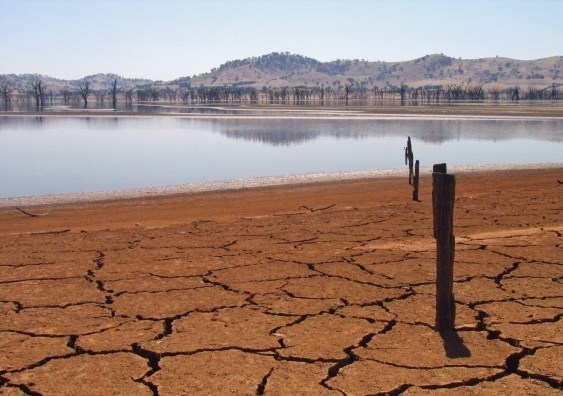 Perils of Wind and Water

The Green Climate-Change movement is demanding draconian anti-industrial actions to reduce emissions of carbon dioxide into the atmosphere. Activists like Al Gore call CO2 a “pollutant” and claim that it is warming the globe. Al says the warming will ultimately reach catastrophic levels that will melt the polar ice caps and raise sea levels by 20+ feet – thereby flooding coastal areas. Meanwhile, we’ll all be roasted.

Lately, brand-new Representative from New York Alexandra Ocasio-Cortez has dazzled the media with her toothy smile and her radical Green New Deal plan, which calls for elimination of airplanes, fossil-fuels, and farting cows to save the planet. We’ve got to move on this, she warns, because we’ve got only twelve years before Doomsday arrives.

These alarmists, along with many others, say water-, solar- and wind-generated electric power is the answer to this “emergency.” These don’t produce (the hated) CO2, but each comes with certain inconvenient baggage. Hydro-generation requires either a natural place where significant water falls over a considerable gradient, or a dam with a huge lake behind it. Significant land-space is needed for the solar panels, windmills and other generation-gear; also, constant winds and abundant sunshine.

A report about Uganda1 gives a caution about hydroelectric power. That country’s economy had been booming at 6.8% growth for several years, but in the 21st century Uganda saw diminished growth because its power-demands could not be met. Uganda had long enjoyed cheap power from hydroelectric plants on Victoria – the vast lake it shares with Tanzania and Kenya. A net exporter of power before 2000, Uganda was using every watt from the Victoria generators, but still needed more. Unmet demand had forced a rationing schedule that was putting the capital, Kampala, in darkness for up to 30 hours at a time.

Uganda’s power-crisis came mainly from lower electricity output from the Victoria plants, due to falling water levels in the lake. This forced Uganda to buy back-up diesel generators which produce power that is far more costly than hydroelectric. Power costs have “skyrocketed” (as Mr. Obama might say), throwing Uganda’s 44 million people – per-capita income ~$700 a year – into financial turmoil.

Ugandan Energy Minister Simon D’Ujanga said the government had decided it was “…better to have expensive power than to have darkness.” Thus, the Green vision of secure, cheap, clean, hydroelectric power was shown to be less secure and predictable than first thought. African leaders have long complained that they can’t run factories with solar panels and windmills. Now Uganda has found that it can’t depend on hydroelectric power, either.

For decades, African nations were unable to develop industrially because they lacked a technology base. Now that some countries have reached a point where development could proceed, they find western nations opposing use of fossil fuels with political hype about needing to stop climate-change. These environmental concerns are politically popular in the West, but the jury is still out on whether the climate is really changing; whether humans are causing it, if it is; or whether change would necessarily be a bad thing. Scientists note that earth’s climate has warmed by as much as 20o F over the past 20,000 years, without human assistance and resulting in a far more livable climate. People ignorant of this can be easily swayed by scare-stories that equate weather-variations with changing climate.

But now, critics of the movement to stop climate-change have uncovered the (really) dirty secret about that movement: namely, that Western efforts to keep Africa primitive are not motivated by climate-concerns, but by the hypocritical desire to restrain competition from Africa’s cheap labor. The late Nigel Calder, a renowned British science-writer, furiously denounced the West’s despicable efforts to keep Africans “living in dirt-floor huts and cooking over smoky fires of dried buffalo shit,” when they could be building modern countries with healthy, disease-free lifestyles for their people.

In fact, Africa possesses staggering energy resources. Official estimates put oil reserves in Africa’s top 20 countries at nearly 1 trillion barrels – enough to supply the whole world for 100 years – and natural gas reserves at some 500 trillion cubic feet. Complete estimates of Africa’s coal reserves have not been calculated, but experts say they could exceed the USA’s reserves. A dynamic Africa’s ambitious population of 800 million work- and nutrition-starved people would be a serious threat to Europe’s declining population, stagnant economies and high unemployment. All African nations need is western engineers and technicians to help them develop their resources and build their industrial bases. Some analysts say Africa could become the “China” of the late-21st century.

This observer predicts that engineers and technicians from industrialized nations will elbow each other aside in a mad “gold rush” to help African nations develop their fossil fuels and build their industries. In return, the assisting nations will hope to share Africa’s energy reserves and the profits from its new industries. It could be one of the greatest industrial booms in history – perhaps even greater than America’s industrial boom of the late nineteenth century.

But returning to “green” electricity…

Green power’s problems go beyond unpredictable water supplies. Wind-generated power is now under attack from environmentalists because windmills destroy great numbers of birds. This objection dovetails nicely with complaints that windmill farms installed in bucolic settings spoil the natural beauty of those locales. A windmill farm planned for Nantucket Sound, off the coast of tony Martha’s Vineyard, drew protests from the late Senator Edward Kennedy, whose family’s summer home sits on that coast. Had the project2 been built, the Kennedys’ revised sea-view would have included the high windmill-towers, installed in the Bay. Windmills seem romantic, but only if they can be “bird-friendly” and located in someone else’s backyard or bay. (Where is Don Quixote when you really need him?)

Historically, wind-power’s success has been spotty because continuous winds can be guaranteed in few locales. Windmills are productive when the wind blows, but since power can’t be stored it must be used when it is generated. Calm periods must be backed up by reliable generation technology. Many engineers doubt if wind-generation – which requires expensive windmills, plus backup generators – can really be cost-effective, contrasted with fuel-powered generators alone. And generation of power via solar panels is a severely limited resource because the sun doesn’t shine at night, when power for illumination is most obviously needed. (Don’t you just hate that?) The devil is always in the details.

Politicians pressing for elimination of power from dependable oil- and gas-fueled generators would yell bloody murder if they had to endure Uganda-style blackouts. Power produced by “natural” sources – i.e., wind, water, and solar – would be unacceptable to people accustomed to modern lifestyles because they are too unreliable and have too many other disadvantages. Engineers have also theorized about using the ocean’s ceaseless motion as a source of limitless energy. But the technology to harness it has yet to be developed. It is still a dream.

America’s energy reality is vast oil reserves off its coasts, in federal lands in CONUS, and in the Alaskan National Wildlife Reserve (ANWR). During Barack Obama’s regime, he and other politicians pandering to green activists ambitiously blocked development of these sources. The oil was sitting there, waiting for someone to tap into it, but the Obama-government stood foursquare with environmentalists who oppose use of fossil fuels. That opposition gave China an opportunity to help Cuba drill for oil just 100 miles from Florida. We were ecologically righteous, but they got the oil. (Grandpa used to say stupidity like this has to be learned. Nobody is born that dumb.)

While Mr. Obama was busy blocking oil-drilling wherever he could, shale-oil recovery boomed into a significant alternate source of oil in the USA. Although Obama tried mightily, he could not stop it, since most of the lands containing shale-oil reserves were controlled by states, not by the federal government. After Donald Trump was elected, he moved to re-open those land- and ocean-areas where oil-recovery had been blocked. He also unshackled the coal industry, which Barack Obama had done his best to destroy. Mr. Trump’s energy-policies have blasted the American economy off dead-center, put millions back to work, and launched the country on a trajectory to energy independence for the first time in 75 years.

Although nuclear powered electricity-generation is a safe, cheap, emissions-free source of power, radical environmentalists have fought it to a bloody standoff for 40 years. France – now a great preacher of environmental purity – gets 78% of its electricity from nuclear power plants. If they can do it, why can’t we?

We need to quit playing politics with energy and let technical and business people work on the 21st century’s energy solutions. Romantic ideas won’t cut it in the real world. Uganda is learning that the hard way. Maybe we can learn something here, too.

Perils of Wind and Water was last modified: July 13th, 2019 by Woody Zimmerman