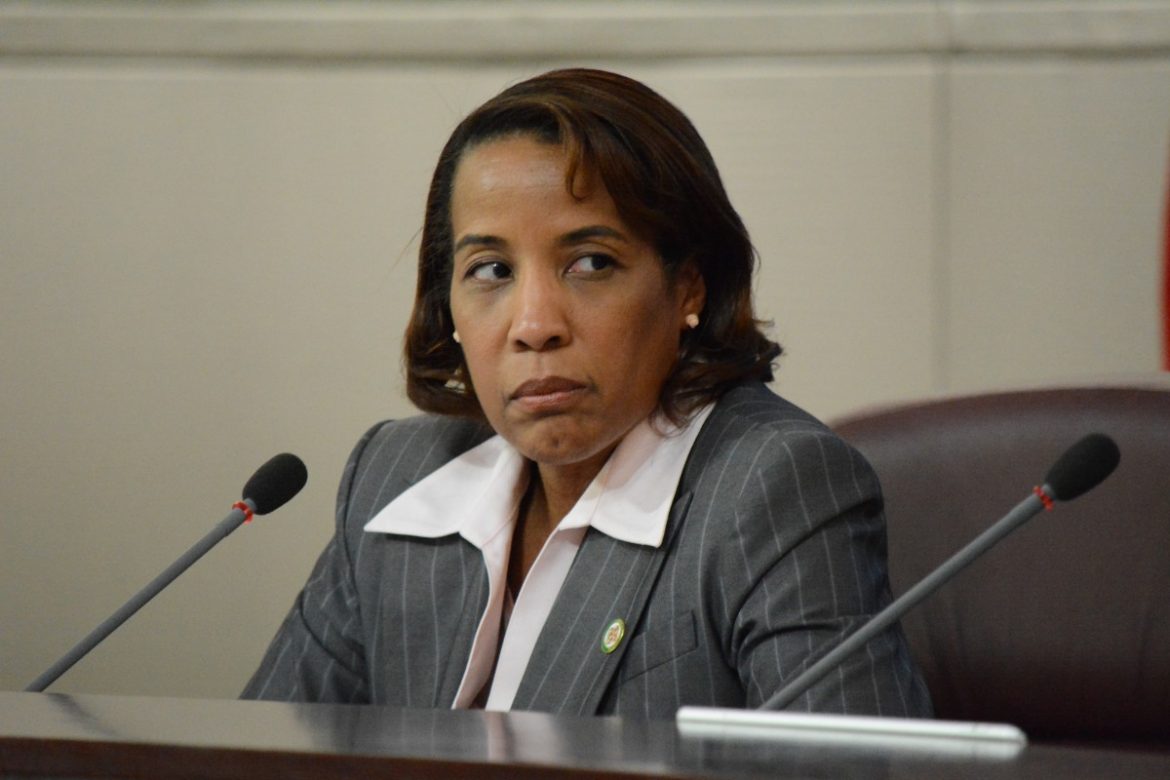 Phyllis Randall in her first and only term as Loudoun Chairman of the board. (Renss Greene/Loudoun Now)

Loudoun County Chairman of the Board of Supervisors just can’t get out of her own way. Now it seems Phyllis Randall knows very little about Loudoun economics, among so many other things.

At a recent wine awards dinner, Randall referred to eastern Loudoun voters as asking her idiotic things. From the Loudountimes.com,

“People in the east always, always come up to me, and they say idiotic things, like, ‘The west costs us so much money.’ I look at them like, ‘Are you out of your minds?'” the chairwoman said. “The western part of the county is our economic driver in the county.”

In one short statement, Randall insults voters AND lies about what drives the economy in Loudoun County.

“What I meant was they (voters in Eastern Loudoun) don’t understand why western Loudoun actually is the economic driver of the county.”

While western Loudoun is one the most beautiful parts of the Commonwealth, filled gorgeous mountain views, many excellent wineries and breweries, along with lovely horse and cattle farms, it is not the economic driver of the county.

While the west is flush with wineries, breweries, farms and other rural businesses – and generates tens of millions of dollars in tourism activity – Loudoun’s high-tech, government contractor-laden east is more often viewed as the economic foundation for Loudoun.

The eastern half of the county is home to offices for Orbital ATK, Verizon, AOL, Raytheon and United Airlines – all companies that employ more than 1,000 people and send millions in tax revenue to the county.
“I do think Mrs. Randall misspoke about the west being the economic driver,” Loudoun County Treasurer Roger Zurn (R) told the Times-Mirror Tuesday.

More and more Mrs. Randall proves how little she knows about the county where she hopes to be re-elected chairman of the board. It’s no wonder her opponent, John Whitbeck, has outraised Randall in every single quarter of the year. Currently, Whitbeck has outraised her by 40%, $557,000, because the smart, educated, voters of Loudoun want competency and honesty in their elected leaders. Randall has shown neither.

(More on Randall’s lack of honesty in a coming post.)