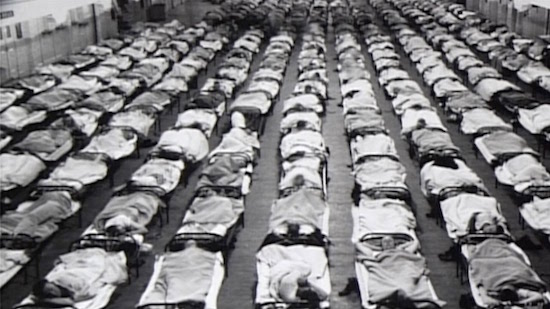 “The great thing,” my pop used to say, “is to learn from tough experiences, so you don’t have to repeat them.” It’s a sound precept, which I’ve tried to follow throughout my life. For instance, learning not to stand too close to the plate after getting beaned, would be valuable. Ditto for not trusting your investments to a guy whose address is only a post office box number.

The Corona-pandemic has caused illness and death across the USA and the entire world, but we have never known how to prevent these virus-outbreaks. Only a vaccine can stop them – a remedy that can take some time to develop. Nothing else has been found to be effective. This is a matter of public record: not a mystery or some kind of “dirty secret.”

During 1918-’20, the Spanish influenza pandemic killed over 10 million people, world-wide, and 500,000 Americans. This was 5 times as many deaths as we suffered in World War I. In most years since, between 30,000 and 50,000 Americans have died from flu and flu-related illnesses. What’s remarkable today is how radically our treatment of the 2020 COVID-19 epidemic has differed from our treatment of past epidemics. In this article I want to review the damage that our new approach has caused, and what it portends for the future.

I was a high-school student in the fall of 1957 when the Asian flu hit. I don’t know how many students in our 3,000-student high school contracted it, but we were all terribly shocked when a classmate died on one October weekend. In my mind’s eye I can still see Tim across the classroom on that Friday afternoon. His face was flushed with fever from what was probably an advanced case of the flu. His dad said Tim was too weakened by the flu to fight off pneumonia, when it took hold on Saturday. No meds could stop it, and on Sunday morning he died. Some 70,000 Americans died from the flu that year. The global death toll was between 1 and 2 million. It was the worst epidemic since the Spanish flu.

That was my first-hand experience with the 1957 epidemic. 63 years on, I remember it well. But I don’t remember people wearing masks and huddling in their homes, or a shutdown of the entire economy. This wasn’t something we did then. Of course, people who had the flu stayed home, and we certainly avoided them. Otherwise, life went on as usual. The 1918 flu had happened only 40 years earlier. Millions of citizens could recall it, so the 1957 flu didn’t seem very bad, by comparison. Besides, we had lost over 400,000 young men in World War II, plus another 50,000 in Korea, so Americans had some experiential perspective to draw on. 70,000 deaths were not insignificant, but it wasn’t the end of the world.

For the first time in our history a virus has prompted general orders (across at least 42 states) for people to stay in their homes and avoid contact with others for a prolonged period of time. A nation-wide shuttering of business has been in place for a month, causing over 25 million Americans to file unemployment claims, with some 5 million new filings coming in every week.

Reporters and TV talking-heads are openly predicting a second Great Depression, while warning us that the country must remain “closed” – indefinitely and possibly permanently – to protect everyone from the virus. New York Governor Andrew Cuomo has said the country will never return to the way it was.

Also for the first time, a president has based costly, wide-ranging decisions on mortality-predictions made by computer models built on unverifiable assumptions and driven by empirical data of unknown soundness. Medical experts have used these predictions to frighten the public into accepting economic and social policies that have hurt the country by putting millions of people out of work.

We are now learning that those models which predicted upwards of 2 million deaths were fundamentally flawed. Their mortality-predictions have been radically revised downward to 60,000, but the economic damage has already been done. Worse yet, new studies are showing that shutting people away from contact with others does not stop the virus, but perversely prevents development of widespread “herd-immunity,” which usually arrests and finally defeats any invasive virus.

The same medical experts, who were wrong about the millions of deaths, are now issuing warnings that re-opening the economy “too soon” will bring about a second wave of infections and deaths. The claim is widely accepted by commentators, who are happily speculating on “how bad” the second wave could be.

Other scientists, however, say that when normal life and commerce reopen, the infections which occur will not be a “second wave,” but will be infections that were simply delayed by the shutdown. In effect, the mass-quarantine will have extended the epidemic beyond its normal duration. Meanwhile, millions of people have been damaged financially, and the country has sustained a ruinous self-inflicted blow.

Besides the economic damage, the medical research profession’s reputation has also been wounded. Once the dust clears, citizens and politicians will not soon forget how flawed model-predictions – touted by “experts” whom they trusted – produced disastrous policies which degraded their wealth and financial security, and injured the economic health of the entire nation. How credible will those experts be, when the next virus hits? As with the boy who cried “wolf” too often, their warnings will be rejected in certain quarters. This can hardly help the nation. We need experts in these matters whom we can trust. And computer-models of unknown accuracy must not be a foundation for national policy-decisions.

Segments of the print- and electronic-media have also damaged their own trustworthiness by adopting a consistently adversarial posture against the president and his leadership team. Reporters still wet-behind-the-ears, who wouldn’t know a Corona from a kumquat, have tried to build careers by belittling helpful medical treatments, emphasizing bad news, minimizing good news, and treating the president disrespectfully. To say that their reportage has been polarizing would be an understatement. The public will not forget it.

Returning to the topic of learning from hard experiences – problems arise when different people draw opposing lessons from the same experience. Some will try to learn how to avoid a repetition. But others realize that they can actually benefit if that hard experience can be repeated in the future. The Corona epidemic of 2020 is shaping up as one of those experiences from which various parties, who have different interests and agendas, draw diametrically opposed lessons.

Accordingly, one of our political parties has seized upon the economic shutdown as an opportunity to effect significant political change. (The word “opportunity” has actually been used publicly.) State-governors – mostly Democrats, flush with federal dollars and exercising near-dictatorial powers – are openly talking about changing our entire economic system. By prolonging the business-shutdown, they hope to convince voters that capitalism is untrustworthy, while Government can be their true savior.

More explicitly, that political cabal hopes (and believes) that by extending the economic crash into the fall they can ruin President Trump’s voters, financially, and discourage them into not supporting him for re-election. An economic downturn always hurts a sitting president, no matter how it comes about. Our only hope is that enough voters will see that this downturn was not the president’s doing, and that electing Joe Biden cannot possibly help them or the country.

As we pull ourselves out of the Corona-crisis, the signs and portents for the future are ominous. Parties who lust for power, and are willing to see the country hurt in order to gain it, now realize that they can stand American society on its head and crash a perfectly sound economy by having panels of medical “experts” scare people to death with predictions made by computer-models of unknown accuracy.

These seekers of power also see that our precious freedoms of movement, commerce, association, expression, worship and assembly – for which Americans have fought and even died – are now made of tissue-paper that we are willing to discard like so much useless rubbish. New Jersey Governor Phil Murphy says the First Amendment is “above his pay grade.” (You can’t say it any more clearly.) I hope the goodly citizens of his state pelt him with rolls of toilet paper and throw him out on his ear. He is waaay past his sell-by date. Ditto for other governors who think they can save the country by destroying their states.

If we don’t recover our verve, we’ll find ourselves victimized by endless plagues – real and imagined. America’s beacon of freedom to the world for centuries will be extinguished, and we will be turned from warriors into a flock of gelded sheep.

“Any society that would give up a little liberty to gain a little security will deserve neither and lose both.” (Thomas Jefferson)