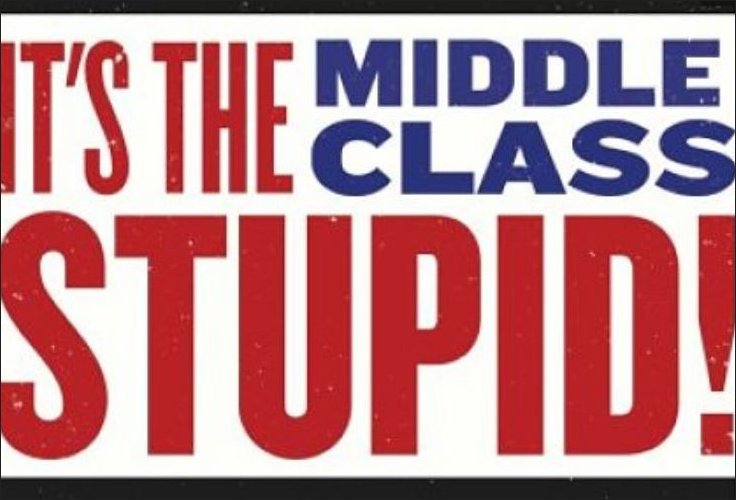 To get a handle on how progressive (to be clear, I use “progressive” as a synonym for “leftist”) Governor Ralph Northam’s proposed two-year budget is, consider the following.

If Northam’s agenda is adopted, Virginia’s middle class will pay higher gas taxes, higher cigarette taxes, higher income taxes, and higher electric rates. That doesn’t include higher charges resulting from a new hospital tax last year, nor does it include higher college tuition, any of the proposals (such as an inheritance tax) proposed by emboldened Democrats in the legislature, higher who-knows-what-else is squirreled away in the budget, or ideas just hanging fire like the Transportation Climate Initiative.

What will the middle class get in return? Virtually nothing, unless you count expenditures on programs meant to benefit the public at large such as the environment, rural broadband, education, and workforce development. The majority of spending programs are targeted to help lower-income Virginians — and various Democratic Party constituencies who mask their self-serving agendas as benefiting the poor.

Going down the list of initiatives listed in Northam’s State of the Commonwealth address, we find:

Early childhood education. His early childhood education plan “will invest 95 million new dollars to help at-risk three- and four-year-olds start learning sooner,” says Northam. “This means training educators, providing support, and setting accountability standards.”  As the governor rightfully observes, childhood learning starts far earlier than kindergarten. But the evidence is mixed, at best, as to whether putting lower-income children suffering in pre-school has lasting effects. Perhaps that’s because so much critical learning occurs beforechildren turn three years old. The only guaranteed beneficiaries of this initiative are teachers and the Virginia Education Association.

At-Risk Add-On. In addition to all the other money to be lavished upon public schools, Northam is asking for $140 million — “the largest single increase to this funding source in Virginia’s history” — to invest in schools with predominantly “at-risk” (lower-income) students.

Free community college. Northam proposes spending $145 million to provide additional financial assistance to lower-income students — over and above existing state, federal and private scholarships and financial aid programs. Assistance would include stipends up to $1,000 per semester to help with transportation, child care, rent, and even food.

Affordable housing. Northam wants to triple the Virginia Housing Trust Fund, which works to increase affordable housing and keep people from experiencing homelessness. According to CI, this will add $56 million in spending.

Health care. Over and above absorbing the increased cost of funding the Medicaid program by $675 million, the governor wants to create a state-run marketplace backed by a reinsurance program to supplement Obamacare. Says Northam: “The federal government runs the current system, and it isn’t working. Virginia can do it better ourselves and save money too.” The reinsurance program helps insurers cover high-need people. “The federal government used to have one, but it ran out — so premiums went up.” This spending will be funded by the increased tax on tobacco products. Estimated cost: $146 million.

Criminal justice system. Northam wants to fund more public defenders, including the first public defender office in Prince William County, support for “returning citizens” (not clear what that refers to), and funding to speed up reviews of requests for pardons. I can find no budget number for this.

Transportation. “We need to reform transportation funding this session, and start to make new investments in transit to help commuters and low-income people get to work,” Northam says, providing no evidence that “low-income people” want more transit. Mass transit ridership is declining. If we look at the actual behavior or low-income people, what low-income want is more access to automobiles. But mass transit is a favorite of affluent urban elites whose preoccupation is climate change and CO2 reduction. There is no set budget number set aside for mass transit.

We can argue all day long about the extent to which these programs will ameliorate poverty, reduce poverty, or perpetuate poverty. What cannot be disputed is (a) that it adds up to about $650 million (not including the transportation and public-defender pieces), most of which will be paid for by Virginia’s middle class, and (b) no comparable middle-class relief of any kind is contemplated.