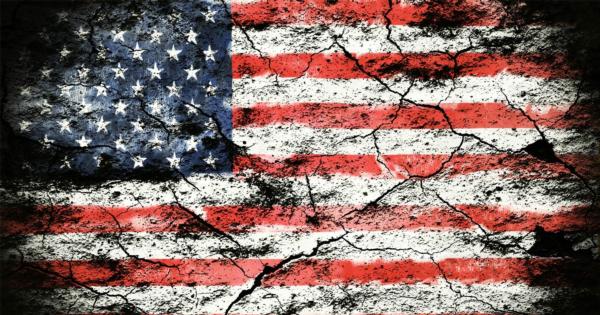 Polarization and the Decline of Local Politics

I have spent an enormous amount of time watching the Democrat’s resistance movement, trying to determine whether or not they have the potential to form powerful grassroots movements aimed at changing the outcome of elections. When you watch these Democrats show up at townhall meetings, one of the things I notice is that so much of their anger swirls around President Donald Trump and everything they think he represents. This was true of Republicans under President Barack Obama as well. Few people are asking questions about what’s good for Virginia, or what their local and state governments could be doing for them, for their economy, and for their communities.

Local government is the most important government; so how did we come to care so little about it?

Over the last twenty-five years, Republicans and Democrats in Congress have been delegating more and more authority to the executive branch. An example of this is the enormous power granting to the Secretaries of Health and Human Services and Housing and Urban Development. Our Congress passes vague laws that empower agencies to take up greater roles in the live of average Americans, often controlling state and local governments with strings attached to grants and other finances.

The vast amount of decisions that affect our lives today are made by administrators working directly under the President of the United States. Therefore, controlling the White House seems to be the most important thing in the world and activists live and die with the results of national elections every four years. This has created a very real problem for Virginia.

The privatization of many government services has established a massive industry in and around Washington D.C., including Northern Virginia. Northern Virginia is one of the wealthiest places in the United States as it feeds off of expanding federal activity. Any reductions or stalls in the growth of federal spending now damages the Virginia economy and housing market. Those dependent on government for their livelihoods often vote Democrat, making Virginia a blue state in national and statewide elections.

This is unacceptable and it’s terrible for residents of the Commonwealth.  The only institution capable of changing this is the United States Congress. Only they can take their rightful powers back from the executive branch. However, this seems unlikely to happen. Why did they start delegating authority to the federal bureaucracy in the first place? Because they preferred the American people despising bureaucrats instead of Congressmen. They want deniability when policies hurt the American Public. Presidents don’t care. They are more powerful now that at any time in our nation’s history and the bureaucracy is so vast and so complicated that Presidents are often times not associated with the departments they oversee.

Because the executive branch is so powerful, the damage one party can do to the interests of the other in four years of controlling the White House is almost unimaginable. Presidents rule by executive fiat and a change in party means a dramatic change in policy. The swings this country could take in the future seem practically unsustainable. President Obama created policy through executive orders; orders undone by the Trump Administration creating instability for administrators, regulators, and those being regulated.

How can the economy recover and grow under such inconsistent and unstable government? This is something to think about when your Congressmen tells you that X, Y, and Z are decisions made by our President or our bureaucracy. Why is the President and the bureaucracy in charge of these issues in the first place? Why are unelected bureaucrats seemingly more powerful than elected representatives to the United States Congress?

We’ve become more polarized than we’ve been since reconstruction. Our State’s are more dependent on the federal government than at any other time in our nation’s history. Elections shouldn’t mean as much as they do today; for when we say that elections have consequences, we’re talking serious consequences that reverberate through every city, county, and town in this country.

Our current direction as a nation is unsustainable.

Polarization and the Decline of Local Politics was last modified: May 25th, 2017 by Steven Brodie Tucker

I completely agree, but feel a proposed solution is absent. Causality is also not discussed. Perhaps it is the author making room for TBE readers to ponder, but this article should say that the problem lies with the individual voter’s fear, ignorance, and desire for immediate gratification.

Fareed Zakaria broadcast an outstanding piece on illiberal liberalism. The Jack boot crowd will grant him credibility this one time, because he excoriated liberal universities. But he also has plenty to say about the decline of dialogue and the contempt of each side for the other. Have a look.
http://www.cnn.com/2017/05/28/us/fareed-zakaria-liberals-cnntv/index.html

Agreed with this fine essay. Well written and reasoned.

There are no dramatic swings in policy between Republican and Democrat presidents. Only the rhetoric changes. In the grand scheme of things, the country moves ever leftward on a steady course toward greater statism, which is only punctuated with brief pauses when Republicans win. There are no reversals.

Once the politicians discovered they could ignore the Constitution and buy votes through handouts to interest groups the move ever leftward toward socialism was guaranteed.

What came first the chicken or the egg?
Who is at fault;
The bureaucrat? NO
The Goverment? NO
The Democrat? NO
The Republican? NO
The elected rep. who sits idle for the next election? YES ,YES, YES !
I walk my dog every day by Thomas Jeffersons Poplar Forest home,
I pick up his crap.
We are in the District of Congressman Garrett, Delegate Byron, and Va’s longest serving Senator Republican Steve Newman .
Who is picking up the crap he has chose to clean up?
http://watchdog.org/202012/subcontractors-shadow-economy
Everett Rd. got widened by 18″ both directions, Mayflower Dr. got extended over Rt. 460 connecting to Liberty University.
What about illegal Commerce and illegal employment in these Districts?
Memorial Day weekend , didn’t some give all to defend the rule of law?
Then we should enforce the law.
EO24 is awesome , to bad some are bought to remain complicit.

“They want deniability” is all it is , not my fault , then blame others and the blame of them and what they are doing not what you can do.
Example ;
What will Republican Ed Gillespie do with
1)Unlicensed contracting, State and private sector?
2)Employee Misclassification ?
3)JLARC 427? and the Mighty fine policy of EO24?
This form of ineptitude Republicans display is the reason for us to dump them except for the occasion of bathroom defense.
We must start removing these complicit individuals and start electing
Conservative individuals , not proclaimed party conservatives.
Local yes let’s start with electing Susan Hog to replace Mike Rousseau on Campbell County BOS.
Can you believe under Rousseau illegal aliens layer the cinder block on the J.Whorley Memorial Field house at Brookville High School.
State job, so much for infrastructure adding jobs.
Conservative Independent is the only way , the American way.

Have you ever tried to have a conversation with your member of Congress? They are always “unavailable” Have you ever had a town hall meeting with your elected official? In Southwestern Virginia our member of the House has not had a town hall meeting since 2011. The senators are even worse.. Can we encourage others to run to become elected? No, Only if you have a bottomless checking account Even on a local basis a person will invest a few thousand or more for an office that takes countess hours nd pays less then minimum wage if they just half-way do their jobs. On a local basis arms are being twisted to just get a nomination and some of those nominated would have a tough time determining the difference between a horse and a zebra.
The bottom line – WE ARE IN DEEP DOO=DOO.

Move the right wing East of the Mississippi and the Left Wing west of the Mississippi. Problem mostly solved. (And no bailouts for the People Republic of America when they find out that a country can’t live on handouts and fake rights. Greece should have learned that lesson except that they were bailed out.)

Yep, you’re right about all of that.

A bloated, out-of-control federal gov’t mixed with partisanship made the country sick. And identity politics mixed with illegal immigration are going to kill it. Eventually the country will break into several smaller pieces (4-6 pieces?). But that will probably take decades, maybe longer.

The nation isn’t intended to remain sustainable. Haven’t you heard that Nations are obsolete?