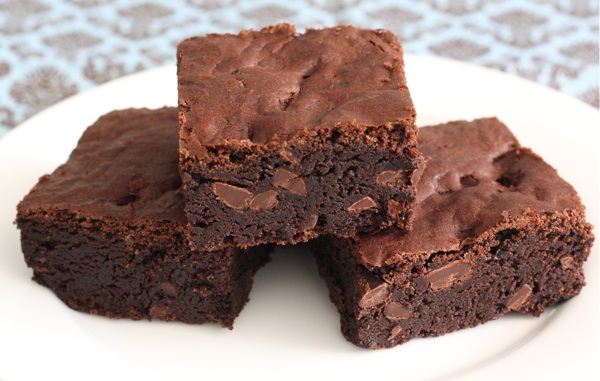 At William P. Tatem Elementary School in Collingswood NJ,  a third grade end-of-year party resulted in a visit from the police and a referral to Child Protective Services when a 9 year old commented on the party food using the word ‘brownies’ and another child said it was racist.  (No, I am not making this up.)

The police officer interrogated the child and later interviewed his mother, Stacy dos Santos, who said her son was referring to the snacks available at the party and not skin color.  She also reported that her son was traumatized when a police officer came into the school to talk to him.  What nine year old wouldn’t be traumatized?

“He said they were talking about brownies. . . . Who exactly did he offend?” dos Santos said.

The child’s father also weighed in,

“I’m not comfortable with the administration [at Tatem]. I don’t trust them and neither does my child,” she said. “He was intimidated, obviously. There was a police officer with a gun in the holster talking to my son, saying, ‘Tell me what you said.’ He didn’t have anybody on his side.”

No child should face a police interrogation without a parent present, even one as ridiculous as this one.

Not surprising, the parents are requesting a different school for their son next year.

The police officer referred the case the New Jersey Division of Child Protection and Permanency.  Seriously?  Social Workers now have to investigate ‘the incident’.  What a waste of time and money.

In this small school system, only 1,875, police are often called five times a day to investigate school incidents.  From Philly.com,

The increased police involvement follows a May 25 meeting among the Collingswood Police Department, school officials, and representatives from the Camden County Prosecutor’s Office, where school officials and police both said they were told to report to police any incidents that could be considered criminal, including what Police Chief Kevin Carey called anything “as minor as a simple name-calling incident that the school would typically handle internally.”

The police and schools were also advised that they should report “just about every incident” to the New Jersey Division of Child Protection and Permanency, Carey said.

Needless to say, parents in this small community are upset at what they see as police as overreach.

Is there NO common sense left, anywhere?

Police and Child Services Involved When a Child Comments on Party Food at School was last modified: June 29th, 2016 by Jeanine Martin

So do we have a Police State yet? Speech Police and soon Thought Police?

What’s going to happen to the young Girl Scouts who are called Brownies? That name will have to go. And what about the Cleveland Browns? RNC is having their convention in a town with a football team called The Browns and a Baseball team called The Indians. No doubt the Democrats will make much of this.

except that this is not what the article is about at all. As you know, since you wrote the article, the real issue is the decision to refer any rumor of bullying (including name calling) to authorities. Your inclusion on girl scouts here reeks of you trying to drum up hits for this site – you can do better than comments like this

The comment was not meant to be taken seriously. Sheeze.
Comments don’t ‘drum up’ hits for the site. But thanks for your thoughtful criticism, such as it is.

This type of bullshit – sometimes profanity is called for, Jeanine – will happen more often as “people of color” become the majority in our nation. An unhealthy percentage of our non-white population sees themselves as aggrieved victims who cannot get ahead because whitey is standing in their way. Expect worse.

Mark,. Does that mean that you miss the good old days of white supremacy?

This is what has, and will continue to happen until the cowed whites and Cuckservatives of the Republican Party grow a backbone, and speak up in the same tone and language of the black/hispanic racists, and Marxist whites, that have muted the European-American people incrementally in this country for the last fifty years.
At least with Trump, there is a chance this anti white oppression will slow down.
Do me a favor contrarians; keep you asinine rebuttals to yourselves. I’m not interested.

The next time someone mentions a Ritz Cracker I am supposed to think they are talking about a rich white-guy?

“Is there NO common sense in the world?”
”

Assuming that all of the facts recounted are true, parents should attend the next school board meeting en masse. But they probably won’t. Might conflict with Dancing with the Stars or Keeping Up With the Kardashians.

This school district shows how quickly our culture can become totalitarian. They have become a complete police state in Collingswood and are terrorizing the families there. All parents should pull their children from the school district and either homeschool or scrape together enough for private school. Or move.