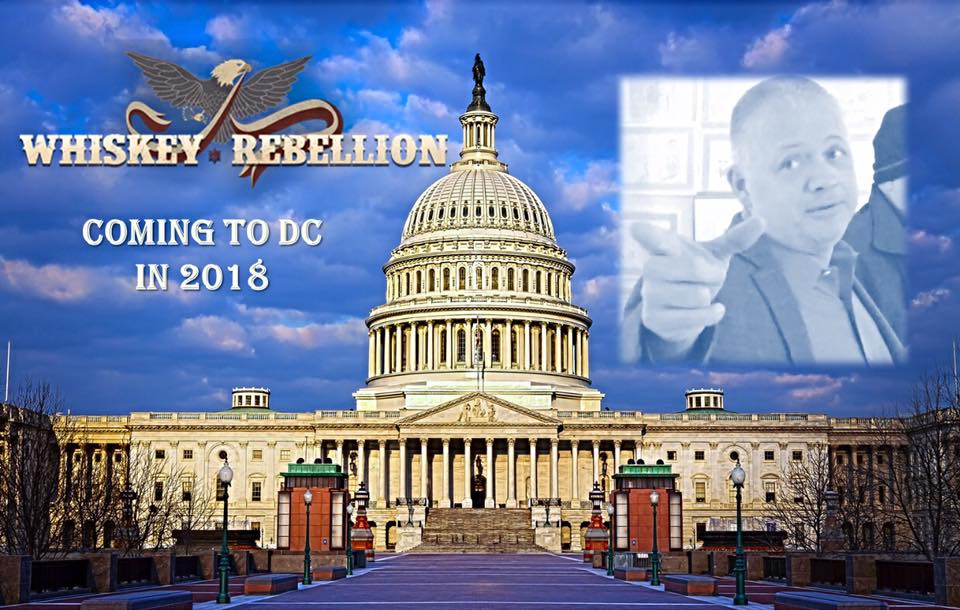 If you go to the Virginia 5th District Facebook site, you’ll see a new low among those who do not like the choice of Denver Riggleman as the Congressional nominee.  They are suggesting that his slogan of his candidacy being a modern “Whiskey Rebellion” is insensitive to alcoholics.

For those of you who follow me on social media, you may know that I am an alcoholic.  I don’t use the term “recovering” because like it or not, I am an alcoholic and likely will remain one till the day I leave this Earth.  I have been sober for over 24 years – and this October it will be 25 years. I for one, being a great fan of both American history and of anti tax protests love the historical reference.  And quite frankly, it is a bad idea to try and either erase or dumb down our electorate by not using a term which works quite well with Mr. Riggleman, who is a professional distiller by trade.

Most people who know anything about our history know what the Whiskey Rebellion was.  For those of you who may not know, it was one of the first anti tax protests in our history.  Western Pa distillers were protesting against what they saw as an unfair tax by a remote government and they took to arms to protest what they saw as an illegal tax.  Now sadly the tax was legal, albeit unfair. But the fact is that Mr. Riggleman is both showing his anti tax pro low government roots and his appreciation of American history by using the term “Whiskey Rebellion” as his slogan.

Mr. Riggleman got into politics because his distillery business was being over regulated by the Virginia Alcohol Beverage Control Authority (ABC) and to protest this, he tried lobbying to the governor, and when that did not work, he ran for Governor of Virginia in 2017. Mr. Riggleman’s campaign for Governor did not go as he had hoped, mostly because he did not have the big money backing that is so often required in elections.  But his message of limited government and low taxes caught on, in part because Mr. Riggleman had a great slogan for a professional distiller. Mr. Riggleman said he was the leader of a 2nd “Whiskey Rebellion”.  Those of us who love lower taxes and less government in our lives applauded his message and his use of a historical event to introduce himself to Virginia politics.  And after Mr. Riggleman exited the race, pretty much everyone knew that Mr. Riggleman had a future in Virginia politics.

Me and alcohol is a bad mix.  I seldom if ever touch the stuff.  Back in my day, I was putting down 1/5 of tequila nightly – and for many years could drink that much and come across as sober as I am now.  Some of us are alcoholics because of genetics. Some learn it as a behavior (aka one or both of their parents were drunks). Some drink to numb the effects of PTSD. Some have addictive personalities. My issues and my demons are my own, and I will not go into the reasons that I am an alcoholic here on TBE.  But what I will do is rail against the political correctness which has permeated our culture to the point where a distiller who is pro growth and limited government is being asked to give into a culture where we can’t offend anyone now because some snowflake might get offended.  I’ll be the 1st to tell you, that anyone who votes against Riggleman because of the term Whiskey Rebellion was not inclined to vote for Mr. Riggleman under any circumstances, and is just using the slogan as an excuse.  I applaud Mr. Riggleman’s use of the slogan Whiskey Rebellion as his campaign slogan, and for those of you who can drink responsibly and safely, I hope you visit his distillery and enjoy his products. Have one on me.  Just be sure to call a taxicab (sorry I refuse to Uber) if you have more than 1 and are outside of your house.

And while I can’t vote for Denver Riggleman this time around, I say GO DENVER TIME FOR A 2nd WHISKEY REBELLION!!!

Denver Riggleman will be elected Congressman — and therefore a lot of people will fail to confront reality and learn the lessons they should learn — because the Democrats nominated and even less-qualified candidate, Leslie Cockburn. A rusty nail could beat the Democrat for Congress from the 5th Congressional District.

However, when people say ridiculous things like “his message of lower taxes and limiited government caught on…” You have to wonder who these people are. You never heard of Ronald Reagan? WHOSE message is it of limited government and lower taxes? I think the message caught on in 1980.

Your ability to be both obnoxious and wrong on every topic is impressive.

Problem is that too many politicians have forgotten this stance or blatantly lied about what they would do once in office.

John,
On History it was very nice to read your piece some back about the different tribes on Indians in Virginia .
I would like to read more here about that and other History from you from time to time , more more!
It is also good to read about adictions.
There are all sorts of these demons. The human mind can be a beautiful thing and it can also be very tough on us.
We should not forget Tom and his current struggles. What a damn good man to rise up!

As for the Wiskey Rebellion slogan.
As you no politics can get nasty and just plain suck. There is always the possibility that the other side could twist it especially with the reason being why Tom had to step down.
I do personally understand where you ate coming from on political correctness , I often tell potential customers that my homes are not built with “Unskilled, Undocumented, Migrant Farm Labor”. I use George Bush term back at um.

Always remember it is the best thing to be headstrong and face the things that sometimes hold us back from our full potential.

What happened to Riggleman once the assembly redid the tax on distillers. He dropped out completely as far as I know.

Denver Riggleman left politics when his daughter had a serious health issue. He is to be commended for putting family first.

Good to know, thanks. Hope the kid is doing better.