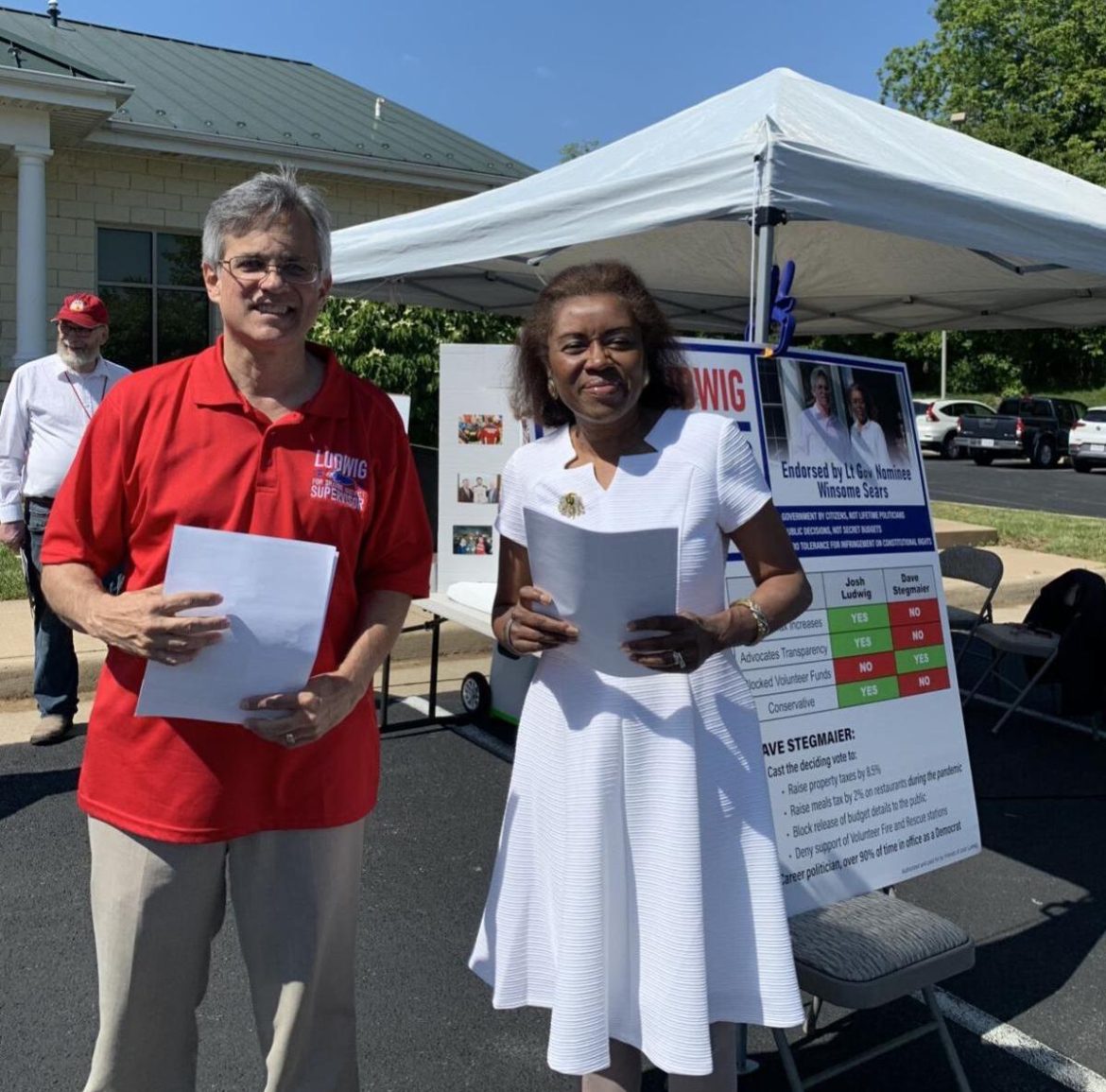 Over the weekend, a Firehouse Primary occurred in the Shawnee District of Frederick County, where incumbent Supervisor Dave Stegmaier lost to conservative challenger Josh Ludwig this past Saturday.  The results were 170 votes for Ludwig and 127 votes for Stegmaier (57-43%).

The Firehouse Primary was held at the Millwood Station Banquet Hall on Saturday May 15 from 10 am to 2 pm.  Ludwig’s campaign knocked on over 2000 doors and showed the grassroots enthusiasm that propelled so many new activists into action back in 2009-2010.

Stegmaier blamed his loss on the fact that he had won a special election in 2020 and it was hard to find footing after only 5 months.  Stegmaier had run on a platform of no tax increases and more transparency.  However Stegmaier voted to increase taxes and also started blocking his own constituents on social media and other Board of Supervisor Members who disagreed with him on votes taken.   The 8th Circuit Court of Appeals has ruled that constituents have a 1st Amendment right to contact their elected officials on social media .  One of the important things that any elected official must do is listen to his or her critics.  It is difficult sometimes – but it is an integral part of our Constitutional Republic.  That citizens and constituents need to be able to contact their elected representatives – and to block your own people from contacting you shows a certain hubris.  Like it or not, Facebook and Twitter are the new Public Square.

Ludwig ran on a platform of lower taxes, lower spending, ensuring that Critical Race Theory and Deep Equity will not be a part of the Frederick County Public School System, and transparency.  Ludwig has also stated that the School Board must provide more detailed budgets, to improve transparency.  Ludwig also stated that a major reason he won was the Board of Supervisors wanting to increase the meals tax from 4% to 6%.  This tax increase will go into effect on October 1 of this year.

Ludwig was endorsed by Lt. Governor nominee Winsome Sears, who spent part of her day at the Banquet Station helping Ludwig.  Ludwig, age 57, is an Aerospace Engineer and came to Virginia from California through the State of Missouri. Ludwig is married to Rani, and they have 4 children ages 11 to 21.  Ludwig is new to politics, and decided – as many new grassroots activists do – that if no one else steps up, then big government will win.  Given the overwhelming Republican lean to the District (Shawnee District voted for Trump with over 73% of the vote in 2020), Mr. Ludwig should win election come November.  Assuming all other Republican Supervisor candidates win in Frederick come November, Liberty minded activists will have a 4-3 majority on the Frederick County Board of Supervisors next year.

Political Earthquake in Frederick County was last modified: May 18th, 2021 by John Massoud