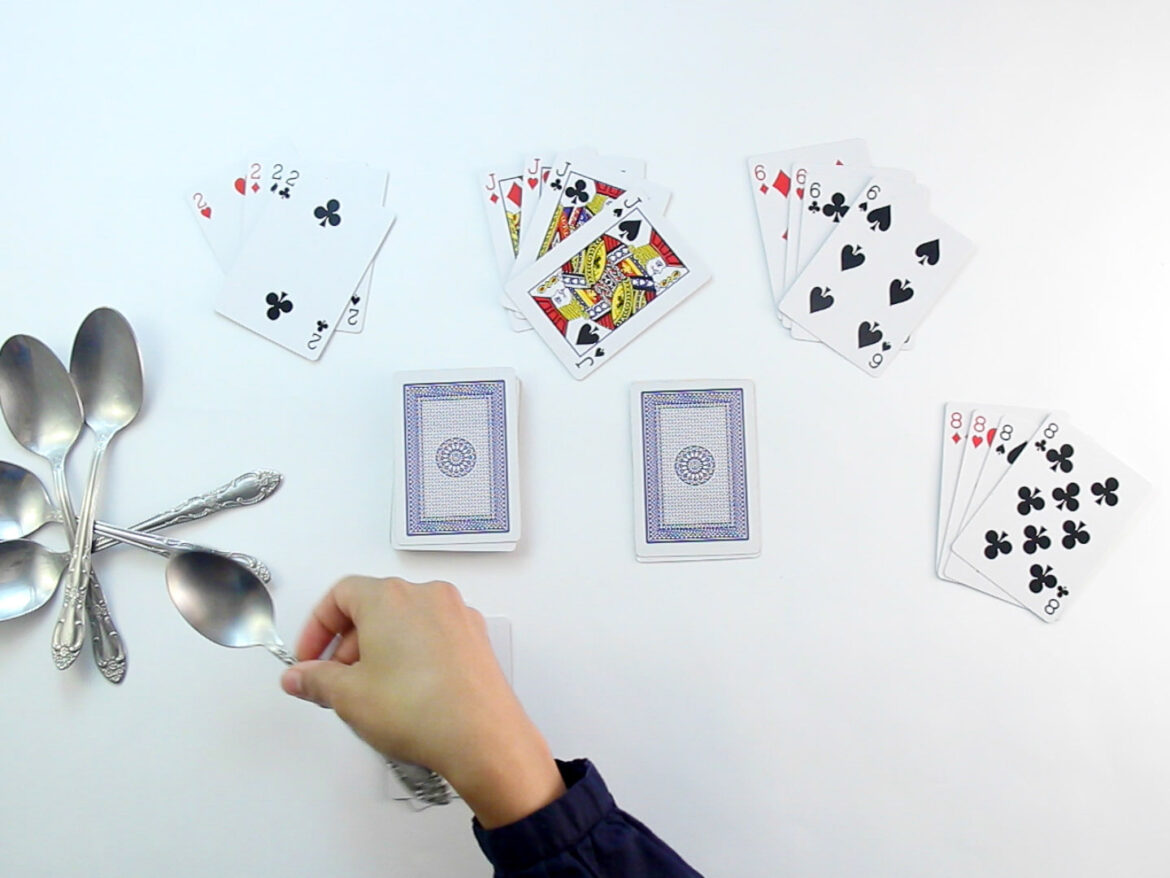 I heard Al banging his pots and pans around before I opened the door of his coffee shop. It probably meant he had been reading the newspaper again, and was steamed about something – probably politics. Al was muttering about “spoons” as I walked in, so I thought maybe he was just looking for some lost utensils.

“What’s going on, Al?” I asked, as I sat down at the counter to order my customary triple-caffeine, jumbo mocha-supremo. “It’s this,” he scowled – tossing the A-section of the paper at me as he fired up his mocha-blast kiln.

In a quick scan I saw one article about Joe Biden’s claims that he contracted cancer from fossil-fuel emissions when he lived in Delaware; another article reported his recent affliction with COVID. Two other writers detailed federal investigations into Hunter Biden’s foreign business dealings. And yet another examined Joe’s mental capacities and Democrats’ worries over how his gaffes and verbal stumbles might hurt their party’s candidates in the fall elections.

“So what’s the problem?” I asked. “It looks like these stories are being covered well enough. Nobody is getting off the hook.”

“The problem is that it’s all a gigantic game of Spoons,” said Al. “The media’s thoroughness is not the real issue.”

“I’m not sure I follow,” I said. “What’s the deal with spoons? I don’t imagine you’re talking about what grandma called necking in the back seat of the Model T, back in the day.”

Speaking as one would to a slow child, Al explained that Spoons is a game where the players sit round a table – each, except for one player, with a spoon on his left. Every player also holds a hand of cards. The players go through the motions of a card-game, but that’s not the true objective. At any time during the “game,” any player might surreptitiously pick up a spoon. Others notice, so they grab a spoon. The spoon-snatching quickly escalates until every player but one holds a spoon. The spoonless player must withdraw from the game. The card-game has no real meaning. It’s just a diversion from the true objective.

Al argued that media coverage of the various issues and squabbles between Joe Biden, Hunter, and various Democrat pooh-bahs – eagerly reported by progressive-aligned Big Media – are the “card game” which keeps the public’s attention diverted away from the radical political/fiscal policies and activities Good Old Joe and his ruling cabal are using to fundamentally change the country (as Barack Obama so famously promised).

“Think about it,” said Al. “Joe Biden is a retro New Dealer who thinks he’s going to be FDR II. He’s spending trillions in printed money to convert young dummkopfs (who should be working) to full dependency on government. He’s ruining millions of families, financially, by bringing back 9% inflation. He wants full implementation of the Green New Deal, and he’s bestowed $5-a-gallon gas on us, with the prospect of even higher prices, to make 200 million drivers switch to electric cars – or rickshaws, if the all-electric plan fails.”

Al was on a roll, so I sipped my cuppa-joe and let him continue:

“Biden wants an amalgam of the Great Society and the New Deal. He distrusts business, but believes big government can solve the nation’s problems. Joe and his band of Merry Men (Women and Transvestites) want higher taxes, public schools made into political/sex-ed indoctrination centers, and wide-open borders so millions of illegals can come in to change the country’s demographics. The Biden Gang know that a majority of the American Public will never buy that platform, no matter how often Mainstream Media reporters reverently remove their heads when Joe mumbles, ‘Build Back Better.’ Experienced Democrat-strategists understand that diverting voters’ attention to inconsequential issues like Joe’s health and Hunter’s cocaine-snorting is the only way their madhouse-policies can succeed.”

I admitted that Al had a point, but it occurred to me that he might be overstating the likelihood of any unified “strategy” coming out of the chaotic Democratic Party. I reminded him of Will Rogers’ famous quip:

“I don’t belong to any organized political party; I’m a Democrat.”

“Very droll,” said Al, “but you’re missing the point. No, I don’t think operatives from the Clinton and Obama administrations actually managed – over wine, brie and cocaine – to draw up a plan to achieve permanent Democrat rule, which they then passed on to Delaware Joe. That wasn’t necessary because Dems know that their far-left vision – i.e., big government, high taxes, demonized business, inflation and high energy prices, conversion to unreliable wind/solar-generated electricity, government control over families and education, late-term abortion-on-demand, gun control, and diminished individual freedom – won’t resonate with enough voters to give them in the Congress and the White House.

“Zillionaires like Warren Buffet and Bill Gates call for higher taxes on personal wealth. (What do they care? They’re so rich that they wouldn’t even miss a billion or two.) But Joe and his gang know that ordinary working stiffs, who might hope to reach the financial level of Buffet and Gates, won’t buy it. Keeping The Green New Deal and Joe’s proposed tax-hikes hidden from view is the only way for them to stay in control.”

“If this is true, it’s a big story,” I said. “Democrats Hide Radical Governing Plans would be a career-making blockbuster for some reporter. Surely we can’t be the only ones talking about it. It must be more widely known.”

“You’re right – we’re not the only ones who know,” said Al. “But media pundits and reporters are keeping mum because most of them are in on the game. Polls show that they favor Democrats and leftist government by a 90% to 10% margin. So it would be an act of rank betrayal to reveal that their trivia-centered reporting is just a gigantic scam meant to divert voters’ attention from the radical substance of the Democrats’ platform.”

I had to admit that the media do seem fixated on trivia – often related to the media’s central question: Where’s the Conflict? Every week brings sensational new disclosures about somebody or something – often leaked from the Democratic camp or by unknown sources. The diversionary card-game is kept going while the weeks tick by. The game-score is continually raked over – e.g., Joe Biden’s sinking approval numbers, his loss of Hispanic support, the approval-numbers of Republican candidates, how the ongoing smear-campaign against Donald Trump is hurting him, etc. Rarely is Joe Biden questioned about the actual (and planned) policies of his administration, and how they will affect the lives of American citizens.

A few reporters have shouted questions about rumors of planned tax hikes during the current inflationary period, with its high gas-prices and scarce food-items. Typically, Good Old Joe dodges and sidesteps, delivering some sly wisecrack about “getting too far down in the weeds,” or urging reporters not to believe everything they hear on the news.

But the question remains: Are higher taxes coming to worsen the economic climate? We don’t know, but Democrats do have a strong disposition for that. A Billionaire’s Tax gets a lot of media attention, but it’s likely that less affluent earners will get hit, too. Tax-gurus say Joe’s tax-plans might affect six important areas. In the interest of non-trivial reporting, here’s a review of those areas, summarized from a recent article by Robert Wood, senior contributor to Forbes magazine:

Details of these tax-increase proposals could be difficult for ordinary folks to grasp. They might not seem to touch most of us, so there’s a tendency to let them slide by. But voters of all income-levels should beware of tax-increases during these challenging economic times. Democrats always say they’re just targeting “the rich.” But either directly or indirectly those increases are bound to hit all of us eventually.

Maybe the “spoons” game can be kept going through November. Dems hope so, but I doubt it. We’re living in and era when the big networks and a few major newsprint organs (e.g., the New York Times and Washington Post) can no longer control the news people read, see and hear. Even the hegemony of social-network giants Twitter and Facebook is being challenged.

The Biden-COVID/cancer and Hunter-investigation stories are like chum thrown into the water to attract sharks. The media obsess on these stories, using up valuable air-time and print-space when they might be reporting on the real substance of the parties’ platforms.

But voters’ attention can’t be diverted indefinitely. Little by little the Biden gang’s leftist plans will be exposed. Good Old Joe is fatally flawed where it really matters – in what he stands for.

Americans don’t want a return to the golden days of FDR or LBJ. The Spoons game will crash, and the Democrats will crash along with it. They might try to cheat, but it won’t work. We’re onto them.

“If we are to guard against ignorance and remain free, it is the responsibility of every American to be informed.” (Thomas Jefferson)

Giving money to the government is like giving a gallon of ice cream to a 3 year old. Most of it will be wasted. However, at least the 3 year old’s intentions are honest

all of those tax changes should be made……..no question

lets punish success and reward failure. works every time if you want a nation destroyed. when government taxes wealth, you get less of it because government doesn’t create wealth.

Thank you WZ. As allows you hoist the facts up for all to see. Hope Al could soak it all in.