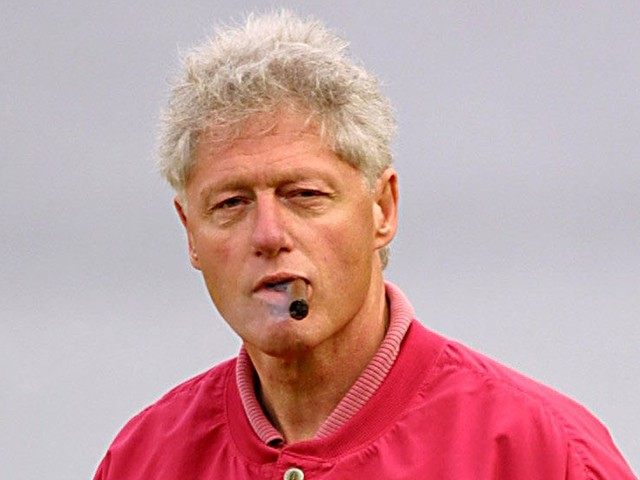 Sorry Bill they don’t love you anymore. Democrats used to tell me all the time how great the Clinton administration was, now however he is out of favor with the left, I never thought this would happen, but Bill Clinton has become politically incorrect.

Three reasons the left repudiates him today. First, he enacted welfare reform forcing people to work for their government check. For the socialist left limiting someone’s welfare benefits is cruel and harsh.

Second, Clinton put a 100,000 cops on the street through the crime bill. This was one of the most successful programs in the history of the Federal government. It did work! Crime fell dramatically, and Clinton has the right to claim it as a great legacy. However, the black lives matter crowd, which is increasingly influential in Democrat politics view this as an atrocity, which is more cops on the streets to harass young black men. So Democrats never mention it.

Clinton reduced the capital gains tax, which helped create jobs and boost the economy. But the occupy Wall Street crowd would say this simply benefited the rich so Democrats stay silent. He also worked with the Republican Congress to balance the budget. This does not impress the socialist left especially if it balances the budget on the “backs of the poor.” What does this mean you ask, well, will still don’t have 80 percent tax rates.

Bill Clinton signed the Defense of Marriage act, which claimed that marriage was a union between one man and one woman, and needed defending. Fancy that!

Bill Clinton famously complained that when Republicans took over Congress in 1994 he had to govern as a moderate Republican. Maybe, but to today’s liberal that is no excuse.

Now Clinton’s unpopularity hurts Hillary with Democrats. Up to now Hillary has benefited politically from being married to him. For example if she divorced him when he was Attorney General of Arkansas in the 1970’s we would never know the name Hillary Clinton. She’d be a nobody. Well, maybe not a nobody, just a crooked lawyer. No doubt his cheating on her with Monica Lewinsky earned Hillary a Senate seat in New York.

But now he is politically speaking a liability. But I have a soft spot in my heart for the guy.

I cannot blame Clinton for his womanizing. If the leader of the free world is not allowed all the perks and privileges of the office including doing what ever he wants with whomever wants to do it in his bed room, then who is allowed? Can the moral compass, there is nothing wrong with anything he did.
Same thing for Tiger Woods and all other celebrities. They do not have to live by the moral code that is espoused here.

Years ago during the Rapist and Chief’s first term in office I would rail against Clinton to some of my church friends. The pastor’s wife eventually admonished me that the Bible wants Christians to pray for those in gov’t leadership.
I said I do pray for President Clinton. I pray for his indictment, trial, conviction, and sentencing.

Ugh. I DON’T have a soft spot in my heart for a serial molester/rapist/abuser of women UNDER his chain of command/power/influence. No matter how powerful or politically connected he was.

Bill Clinton is a CAD! A bounder. A predator.

No one here would disagree with you.