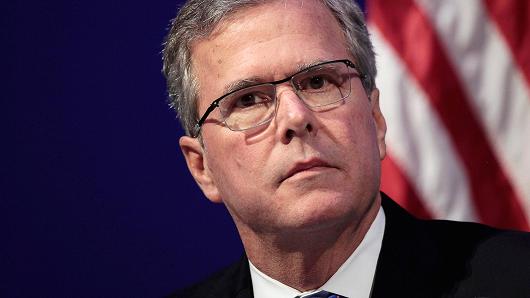 REPUBLICAN NATIONAL COMMITTEE CIRCULATES LOYALTY PLEDGE AMONG ALL PRESIDENTIAL CANDIDATES.Â  According to Politico, every candidate is being asked to sign a statement committing to backing the eventual nominee and to not mount a third-party or independent bid.Â  Given the preponderance of “sore loser” laws, this seems like it has some potential to backfire.Â  I say, let Trump put himself on the primary ballot in places (like Virginia) where doing so means he can’t appear on the general election ballot unless he wins the nomination.Â  Doing things that force his hand now increases the likelihood that he’ll jump ship for an independent bid before that happens.Â  Ask yourself, “Cui bono?” and the logic becomes clearer.

yeah, I know why the RNC wants to do this. But regular people don’t like these optics. Why, oh why, do Republicans want to push away voters?