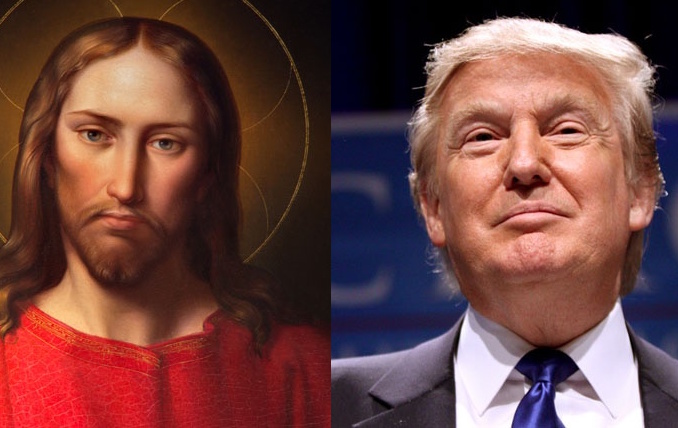 Politics and Faith in 2016: From the Street Level Up!

The world of politics and world of faith are as close as a tick is to a hound dog – one has ridden on the other for all of human history in some way or another and, of course, it isn’t any different in our time.

Now, these two worlds are both are in crisis, for largely the same reasons. And the open question seems to be, will – can – average Americans step up to save themselves and their heritage for another generation.

Reflecting on the year past and thinking about the year ahead, I was doing some reading over the holidays and was reminded again how the cumulative events of the new century, building on the last century, have delivered us to a paradoxical place where all the political and religious pundits, professionals and experts – Professor Angelo Codevilla’s “Ruling Class” – are largely clueless, struggling in vain to saddle the whirlwind of events.

“The Deep State and the Deep Church”

Both our government and many of our faith institutions are adrift – disconnected in any meaningful way from those they demand to rule, manage, control and serve – willfully indifferent to the profound frustration that disconnection has caused for many whom they seek to lead.

In politics, the progressive marriage of the vast “administrative state” and professional political class – both Republican and Democrat – over the decades has given birth to the dysfunctional, profoundly corrupt federal government, now effectively unaccountable to the taxpayer’s, recklessly stripping away the nation’s heritage, and openly contemptuous of the constitutional order and freedoms they are sworn to preserve.

The average citizen watches and senses a nation in crisis; three quarters of whom tell pollsters that the nation is on the “wrong track.”

In too many of our faith institutions, the leadership have either retreated within the walls of the church speaking only to each other, or joined the caravan of political progressives travelling deep into the politics of “social justice,” a cause in search of a definition.

Two millennia of teaching is upturned in a fortnight, on a whim, and excused as inevitable, while the withering secular attack on faith in the public square has gone largely unchallenged, or worse, accommodated.

In the meantime, the laity have been voting with their feet; millions have left and are leaving communities of faith for good, and others are coalescing around the islands of orthodoxy left. They understand that the “Faith of our Fathers” is in crisis.

In politics, the evidence of this frustration is abundant, and the best confirmation is the rise of Donald Trump, who heads into the early primaries in a commanding position, if the polls and the staggering crowds that he is drawing are any indication. Trump is followed in the polls by Sen. Ted Cruz, and between the two of them are drawing support of half of the primary voters.

But Trump is the bellwether candidate, and it’s amazing how so many people are befuddled how the bellicose New York billionaire has captured the center of the public debate. It isn’t complicated, and it also is directly related to the crisis in the faith communities: Truth matters. Basics matter. America matters.

Mr. Trump has been the only politician willing to state plainly the obvious. He’s a nationalist, not a globalist. He believes in America first. His positions on radical, uncontrolled immigration and refugees, the still sinking economy, government corruption, the Islamic invasion of the West, trade agreements written by lobbyists and trans-national businesses, and the loss of traditional values, touch the center of the nation’s anxiety.

Without apology he is “speaking the mind” of a great many citizen’s in both parties. He has overturned the apple cart of ruling class indifference, and called them out for what they obviously are. He has stood up to the PC crowd, refusing to be cowed.

In the same vein, our faith communities are in a crisis caused by the gulf of between the pew and the pulpit. As an institution in the larger sense, the “church” has been too often be seduced by the very same processes that produced the political “ruling class,” where some of its leadership have steered the ship of faith into the reef of worldly concerns, and claim they have arrived at a new place, with a new message, and a new purpose.

One example of this glaring gulf is with skyrocketing immigration, both legal and illegal according to an in depth Zogby poll. Institutionally, the churches are pushing for expanded and virtually uncontrolled immigration (and the huge federal funding that goes with relocation services) while the folks sitting in the pews are picking up the tab for greatly increased public services and welfare, while seeing their wages flattened and jobs disappearing. By huge margins they want less immigration.

Defending the faith publicly and restoring genuine evangelism have fallen into disrepair and there doesn’t seem a way to restore it from the institutions down; so, as with our politics, it must be done from the street level up.

Politics and Faith in 2016: From the Street Level Up! was last modified: January 5th, 2016 by Michael Giere

RE: Liberal Churches. A long time ago, I heard someone speak (maybe my uncle…a priest and Vietnam vet) about why many churches have become so liberal. The theory was the Vietnam War played a major role. You could avoid being drafted by 1) going to college or 2) going to seminary. Consequently, many draft dodgers attended seminary. These liberals then became pastors and by now are the senior leaders of various denominations. Their motivations for entering the clergy were self-interest and not spiritual and, thus, we see all kinds of Christian denominations significantly off course.

Too many of our churches have been infected by the liberal disease. Case in point – a prominent Evangelical Pastor denies the God-given right to self-defense, and the Pontiff of the Catholic Church has bought into the man-made global warming hoax.

Donald Trump is a breath of fresh air from the putrid stench of America-hating policies.

Right on the money, MG! The second to last paragraph said it all. In fact, Steve Albertson has heard me spout off at elected officials for the same reasons you give. Our Establishments (religious and political) bring in massive amounts of immigrants who then must be supported by our taxes. That is total bull crap, and for that very reason, I am for Trump, regardless of his buffoonery and crass manners. He at least gets it.

Agree with you Mike. I have seen it first hand at the Trump rallies.

Soon to be ex-governor of Louisiana Bobby Jindal, a devout Roman Catholic, delivered to countless audiences of Christian conservatives in Iowa where I was in attendance two simple but in my opinion profound sentences on the issue you have laid out here. He would state to an audience that… “The United States of America did not create religious liberty. Religious liberty created the United States of America.” In this Republican primary cycle of rant and cant by a remaining group of candidates desperately vying for exposure with varying degrees of self promotion it was to me the most striking yet simple declarative statement of the entire campaign event. Bobby understood the average American to a degree that no other surviving candidate even come close to grasping. If you believe it will be necessary to rebuild from the ground up Bobby was a major missed opportunity.

s a Senator, but for President, he, too, is ineligible. But he is absolutely correct.

Parents were immigrants, not yet US Citizens, so Gov. Jindal is a Native Born Citizen. From his parents, Indian citizenship.

Look you need for a second to put aside the Facebook “birther” comments and arguments and look at the Constitution and the total consensus of all 21st-century constitutional and legal scholarship, together with relevant case law that has without exception defined that “natural born” comprises all people born subject to the jurisdiction of the United States, including, generally, those born in the United States, those born to U.S. citizen parents in foreign countries, and those born in other situations meeting the legal requirements for U.S. citizenship “at birth”. PERIOD!! These background birther opinions largely derive because the Constitution does not precisely define the phrase “natural born citizen” in it’s text and the Supreme Court has never directly addressed the question of a specific presidential or vice-presidential candidate’s eligibility as a natural-born citizen though MANY eligibility lawsuits from the 2008 and 2012 election cycles were dismissed in lower courts on the very issue you claim to be a fact. So until you have a Supreme Court decision in hand (which they have rejected to review on several occasions) if you wish to continue your mistaken opinions you can expect to receive from individuals understanding Constitutional text and it’s application in the realm of political eligibility to be told your wrong. I find it disheartening at times to find these passionate birthers relieying on a constitutional agrument that they frankly dont understand. PS Bobby was born in Baton Rouge, Louisiana and therefore completely qualifies under today’s current election qualification law.

First of all, I reject the sophistry and the ‘beneath you’ rhetoric of ‘Facebook “Birther”.’ It’s a tell.

And I’ve read most all of the bla bla bla above trying to confuse the issue with US Citizenship.

And I loved the tortured phrase “therefore completely qualifies under today’s current election qualification law” Bobby is totally eligible to be Governor, Congressman, and Senator, but not President.

I love Tex Cruz, if eligible — he’d be my guy — but his ineligibility makes him vulnerable to an attack from the establishment, from Grayson, from the dems, and could usher in a constitutional crisis and create a questionable executive legitimacy issue. Which way do you think dems, the left, the media, and the American people will go?

Fortunately there is no nbc requirement for Supreme Court justice appointment by President Trump.

Sorry but you also don’t understand what sophistry is either, and the birther issue is kept alive mainly but not exclusively on Facebook, facts are facts but you are so completely confused on this issue I can see I’m wasting my time and I have no desire to irate anyone. Citizenship of at least one parent does matter Bobby clearly meets that criteria with both parents without question, but believe what you want, I really could care less.

1) Constitution says Congressmen/Senators have to be a US Citizen.

2) Constitution says President has to be a natural born citizen.

3) Congress and the courts decide who, what, when, and where constitutes a US Citizen.

According to you I am “completely confused” and you would be wasting your time on the issue and don’t care what I believe. — right back atcha, but I’m not willing to give up on you and others.

You got any evidence that Ted or Marco have claimed to be a natural born citizen? I wonder why not?

Now is not the time for the GOP to go all in ostrich on this — the establishment, democrats, media, and other assorted Voldemorteans won’t.