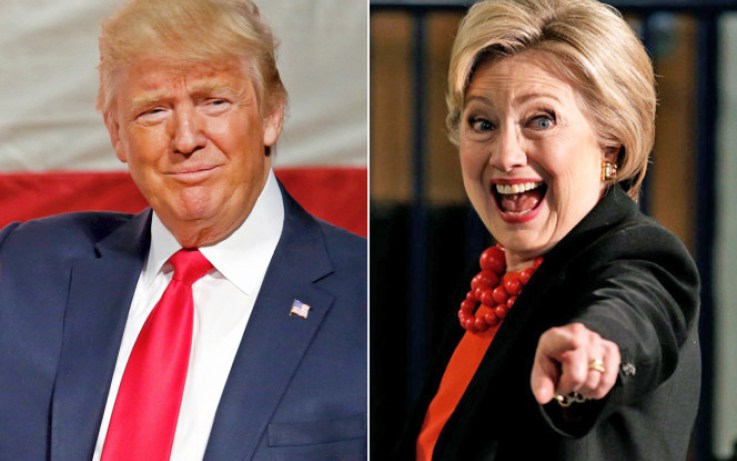 Politics is No Longer About Politics

American politics is no longer about policies or principles, but rather entirely about narrative and affability.

First, the American people do not understand economics, foreign policy, trade, labor law, or our complicated tax, finance, and regulatory systems. Secondly, the American people do not approach their politicians with objectivity. Itâ€™s not what we think about a particular piece of legislation that matters, but rather how we feel about that legislation and our feelings are determined by the narratives surrounding a particular idea or topic.

Politicos horrified by the idea that either Hillary Clinton or Donald J. Trump will be the next President of the United States still seem astonished that the majority of Americans do not seem to feel the same way, despite the polls. The issues that matter most in this election are Hillary Clinton as the first female president, Donald Trump â€œmaking American great againâ€, and the economy.

Normally, it would be simple to suspect that Americans would vote for the first female president. Unfortunately for Hillary Clinton, sheâ€™ll be competing with a popular Reality TV star. Television fame can easily trump identity politics. After all, the average TV addict feels like they know Donald Trump and have a relationship with him. From entertainment wrestling to the Celebrity Apprentice, Americans have seen Donald Trump on television for years, making them laugh, cringe, smile, and cheer. Hillary Clinton, however, may be the most robotic and least affable politician in history. Sheâ€™s horrible to watch on television. No one is entertained. In fact, she tends to make people feel awkward and uncomfortable and more likely to change the channel.

So, when I watch video clips of news anchors still talking about Hillary on the issues or Trump on the issues, I wonder if they havenâ€™t missed the entire point of this election. It has nothing to do with the issues.

The American People are tired of their own modern economic malaise. The economy is still struggling to recover. Job opportunities are scarce. Healthcare costs are skyrocketing. Home values havenâ€™t quite recovered. Americans no longer feel any sense of identity or pride in being Americans.

Donald Trump speaks to the anger, frustration, and impatience with an incompetent government, while speaking about America in a language that the average American can understand. America is great. He loves America. America first.

Hillary speaks to the liberal agenda and thatâ€™s it. Even she hasnâ€™t figured out how much trouble sheâ€™s in come November.

Once these primaries are finished, the media will do everything in their power to write devastating narratives for Donald Trump. I donâ€™t think itâ€™ll work. In fact, the more they attack The Donald, the more the American People will support him. Trump understands narratives. If a judge rules against him, itâ€™s because the judge is prejudiced in favor of Mexico and therefore must arbitrarily hate Trump over his strong wall comments. Now, we all know thatâ€™s not true, but the vast majority of the American people will buy it â€“ and thatâ€™s all that matters.

Running for President is now about being good on television and Iâ€™ll put my money on a successful reality tv star than on the most-uncomfortable-in-her-own-skin Hillary Clinton.

Politics is No Longer About Politics was last modified: June 6th, 2016 by Steven Brodie Tucker

I’d love to see results of polls following recent announcements by senior leaders. President Obama’s statements about LGTB rights on May 16th undoubtedly pushed wavering conservatives into the Trump camp. Trump’s disparaging remarks about U.S. District Judge Gonzalo Curiel must have driven disillusioned Democrats into the Clinton fold. Trump has alienated most Hispanics and the Democrats have alienated the religious right. Comedian Andrew Dice Clay once said “Some people play hard to get. I play hard to like.” That seems to be the theme in the campaign.
How much do disenfranchised voters desire a chance to teach their parties a lesson? That may be the question to answer.

I think the author is headed in the right direction. The narrative that Donald Trump is highlighting isn’t just about immigration, it’s about the total corruption of the political establishment in this country. The fact that Democrats are encouraging millions of illegal immigrants to overwhelm our county just to create new Democrat voters, is only one symptom of that corruption. Democrats also buy votes with massive entitlement programs with the certain knowledge that this will bankrupt our country. Many Republicans have stopped fighting back, due to their own political cowardice. So the entire system has been corrupted on both sides, and it isn’t working anymore.

Donald Trump says our government is currently run by “stupid people”, though these people aren’t stupid; they have simply corrupted the system for their own selfish gains. I believe Trump can win very easily if he keeps targeting Hillary’s tired old politics of buying votes while the country crumbles.

Even the great Republican party that used to be the home of hardworking American patriots is wringing its hands over this silly NeverTrump nonsense, as if “personal character” and “true conservatism” were somehow the paramount issues, while simply ignoring the disasters that lie ahead if the Democrats buy themselves a permanent majority under Hillary. I don’t think most Americans care one whit whether Trump’s character measures up to Bill Kristol’s standards. They want some common-sense leadership to get us out of this mess. They know Trump will do something about this nonsense.