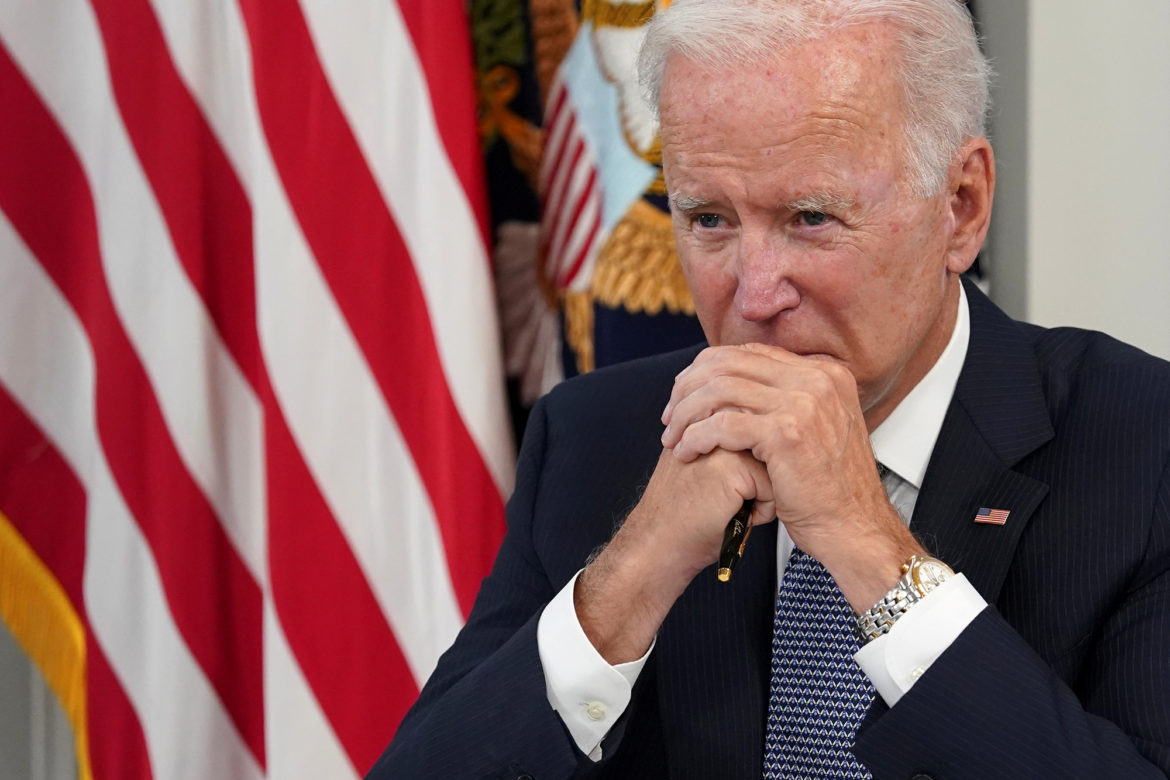 “Americans really don’t like this President,” writes Charles C. W. Cooke in the National Review. According “to a Quinnipiac poll recently released, Biden’s national approval rating is 38 percent. Among independents, it’s 32 percent, with 60 percent disapproving of the job he’s doing. Biden is nine points underwater among Hispanics, he’s six points underwater among women, and he’s polling at only 66 percent among African-Americans…If Americans in 2021 are ‘united’ around anything, it’s that they disfavor Joe Biden.”

Ted Frank notes that Americans disapprove of Biden on immigration by “a startling 25-67 percent” margin. “Biden is underwater on immigration amongst Hispanics by 46 points, 23-69.”

Biden’s declining popularity may also reflect Americans’ belated recognition that Biden is not a “moderate” or “centrist.” That was obvious to policy analysts even before the election. Leftist publications gloated to their like-minded readers in 2020 that Biden’s policies were further to the left than past Democratic presidential nominees. But liberal newspapers with moderate and conservative readers claimed in 2020 that Biden was moderate, as a way of getting moderates and anti-Trump conservatives to vote for Biden.

Publications aimed at progressives admitted in 2020 that Biden was further to the left than past Democrats. As the progressive Peter Beinart put it in The Atlantic, “Despite embracing an agenda that is further to the left than that of any Democratic nominee in decades, [Biden has] avoided the specific policy proposals and catchphrases that Republicans find easiest to attack. As a result, he appears more centrist than he actually is.”

Biden’s other stances were also decidedly not moderate. As Newsweek notes, “Democratic presidential candidate Joe Biden said he was in favor of paying slavery reparations to African Americans and Native Americans if studies found direct cash payments to be a viable option.” No past Democratic presidential nominee had ever supported reparations, which could massively increase the national debt and shrink the economy. Joe Biden supported California’s AB5, which curbed freelance work and wiped out the livelihoods of thousands of independent contractors. He wants to implement it nationally. No past Democratic president had supported such legislation.

Joe Biden supports the BE HEARD Act, which would subject even the smallest employers to lawsuits seeking unlimited punitive damages, liability to lawyers who sue them, the possibility of being sued over years-old allegations, and a definition of “harassment” that requires them to restrict speech even outside the workplace. Obama never supported anything like that.

Biden backed tens of billions of dollars in new government spending on racial preferences and set-asides, which the current Supreme Court, by a 5-to-4 vote, views as constitutionally suspect. Courts struck down Biden’s racial set-asides for COVID relief. But a future, more progressive Supreme Court would likely uphold such set-asides, as a more liberal Supreme Court did in the past.

Biden supported giving states a financial incentive to reduce prison populations, which could increase the crime rate over what it would otherwise be.

Yet, liberal newspapers with moderate readers did their best to conceal the radical changes sought by Joe Biden. He was depicted in the progressive Washington Post, which has never endorsed a Republican for president, as being “moderate.” The Post used ersatz “conservatives” to make this claim, such as the author of its supposedly conservative “Right Turn” column. That “conservative” writer was actually an angry progressive: She supported “massive spending increases,” “expressed rage” at pro-lifers, opposed repealing ObamaCare, denounced proposals to cut welfare, and celebrated spending increases that raised the budget deficit to over $1 trillion.

Last two polls had Biden at 49% and 50% approval ratings. Your article is already out of date. Also, Trump would have killed (literally) for these numbers.

No they don’t Eric… your own liberal five thirty eight which aggregates polls has his approval rating at 44.7 percent approval and 49 percent disapproval. He aggregates the polls Eric. Look it up… this is Oct 10th article. So he’s underwater when your boy at five thirty eight aggregates the numbers.
The problem with him Eric, is he is too retarded now to give a speech and have his poll numbers jump. He can’t communicate beyond the teleprompter and he gets tired and once he does, he cannot go on.. thus the staff then has to intervene with NO QUESTIONS!!!

India is now running out of coal Eric… petrol lines are still going in England. You and your horsecrap Green New World… looks like it is powered by coal… Biden gets to bear the brunt of the winter… Good luck to a stupid popular politician..

Stoner… -4? As I said Trump would have killed for these numbers. If he ever got to -4, you and TBE would have been screaming that he was the most popular president ever… smh…

Those are aggregate polls… with Quinnipac at 38…. You said 50 percent approval rate.. not one poll has F Joe Biden at that level.

That is one poll Eric… There are more than a dozen of them . The aggregate according to your five thirty five guy, Nate Silver is 44… with Quinnipac at 38. No BS.

If you think 50% of Americans like Joe Biden, then I have a bridge in Texas to stick you under.

Clearly they like Biden more than anything the Republicans (and especially Conservatives) have to offer.

He is so popular that he can get a chant going at sport stadiums.. Fck Joe Biden….Fck Joe Biden..

Yesterday Eric… I was in NH… the college students had a huge block party. F Joe Biden chant was heard throughout the town. Now Eric.. this is interesting because much of the college comes from Mass… very liberal Eric… And Joe’s popularity is F Joe Biden

If you were surprised by anything that has happened under Joe Biden it was because you did not learn enough history or spend enough time learning how the far left thinks and operates. Having served four years in a legislative body that attempted to honor Hugo Chavez for his acts that destroyed Venezuela, I have yet to be surprised by one thing, including the theft of the election. America needs more than people finally coming to terms with the reality of a Joe Biden presidency if we want a hopeful future for our children, we must push with everything we have to fix the 2020 election and get all of these treasonous thieves as far from our government as possible. It would have been much easier before January 20, but courage did not show up. It is up to the top level of our government to fix this and that level is we the people. Don’t expect some savior to come riding in to save us from what we have allowed our nation to become. We must fix it. Each of us with our own sphere of influence and then pushing those that our votes empowered to take a stand to right the wrongs that have been done. Nothing out of an illegitimate administration is legitimate. Nothing.

my Hoo RINO Uncle in Tn voted Biden, because he thought Trump was vulgar.

he doesn’t dare express his political opinions now, to my Father or me. He knows he needs to stfu, and make amends.

make amends? For opposing trump? You’re out of your mind

Biden is a very nasty and evil man.

He is much kinder and downright angelic in comparison to your last president… and far more popular with the American people as well.

You hate America. So anyonewhfo joins you in that hatred is satanic not angelic.