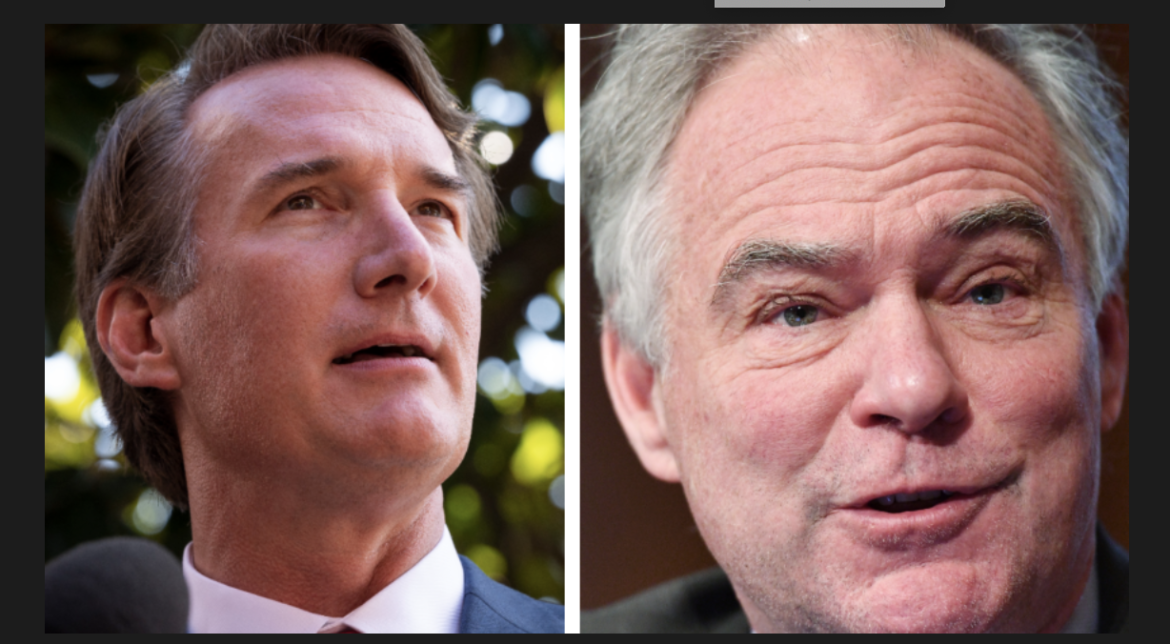 A recent statewide poll conducted by the Center for Leadership and Media Studies at the University of Mary Washington shows voters split between Senator Kaine and Governor Youngkin for Senate in 2024. The results were within the margin of error with 41% backing Kaine and 39% supporting Youngkin. Ten percent said they were undecided, 5% wouldn’t vote and 5% said they wanted someone else.

“There were 1,000 Virginia residents surveyed for the poll from Sept. 6 to Sept. 12 — 819 registered voters and 705 likely voters — with 630 responses by phone and 370 respondents contacted online, according to the Center for Leadership and Media Studies at the University of Mary Washington.”

Poll shows voters split between Kaine and Youngkin for Senator in 2024 was last modified: September 29th, 2022 by Jeanine Martin

Why would Youngkin have Senate interest?