POLL RESULTS: Who's Your Pick in the 10th District? 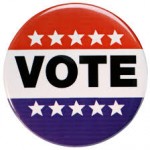 Big (but not unexpected) win for Barbara Comstock with almost 62% of the total vote in a six-way race. Obviously this is not scientific, and the electorate in this online poll does not at all closely resemble who will show up on Saturday for the party canvass. But still good news, and it shows a good deal of enthusiasm among GOP voters who skew younger (the majority of TBE’s readership is under 34 years old).

Further, just as conventional wisdom would tell us, Bob Marshall came in second. Marshall is a force to be reckoned with in this race, and I think too many people sell his chances short. He’s going to be working it very hard, and though he does not appear to have as wide a base of support as Comstock, his support is definitely deep and very motivated.

Howie Lind came in a depressing 4th place behind 10th district newcomer (and debate standout) Stephen Hollingshead. And the elusive Rob Wasinger made a prophetic showing by not coming in last, and instead tying for next to last with Marc Savitt for that ignominious honor.

Thanks to all who voted!

As I mentioned in this space earlier, I made a couple of rookie mistakes in the way I setup this poll. That allowed a relative handful of people to cast more than one vote. As promised, these results reflect just one vote per IP address, regardless of how many times some people voted.

A couple of the people who cast more than one vote cast many more than one vote, which skewed the final percentages more than I expected. This is why the final totals do not include actual vote counts: The mistake here was mine, and I don’t believe any campaign should needlessly be exposed to embarrassment for what one or two of their supporters did simply because I didn’t set up the poll correctly to begin with. That’s my fault, not theirs. These results are accurate, even if somewhat different than what some may have expected. Please accept my apologies.