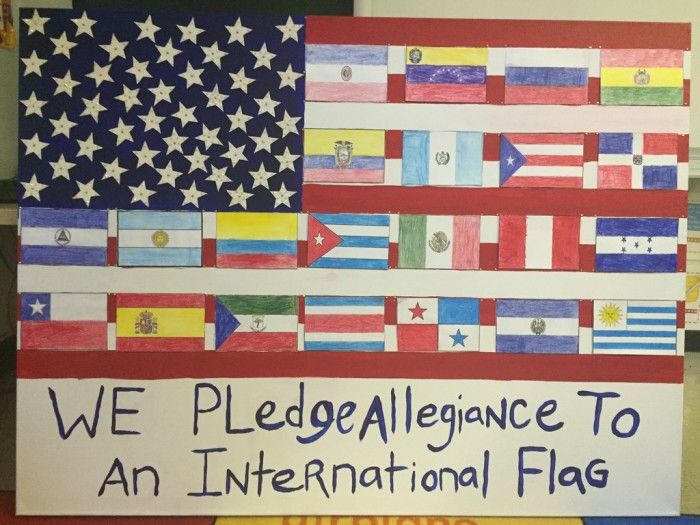 Population Control and Social Engineering on a Vast Migratory Scale

Western politicians, diplomats, heads of state, and other EU officials have agreed and signed on to U.N.’s Agenda 2030, a social engineering plan of population control; this includes every aspect of their daily lives and all business activity.

This onerous U.N. Agenda 2030, for which no “global citizens” have voted, had been deployed around the globe at the beginning of the Obama administration and had accelerated the “fundamental transformation of America” he had promised before he took office.

The massive exodus of third world populations, Muslims, Africans, Central Americans, Asians, and Middle Easterners, mostly young men, to Europe and to the United States has been socially engineered by the United Nations and by the IOM office, a U.N. affiliate, with the blessing of EU leaders, government officials at all levels, and many presidents.

When the current batch of politicians of all stripes will be long gone, a borderless America will be drastically different and unrecognizable to the present generations. The left has won the battle and the war for the hearts and minds of “progressive” America.

Rep. Ocasio-Cortez (NY-D) compares the situation on the U.S. southern border where migrants are housed, awaiting the disposition of their illegal crossing into the U.S., with a “concentration camp.”

It is an insult to Holocaust survivors to diminish the hell, torture, and suffering they endured at the hands of their Nazi captors who brought them into concentration camps by train to force them into dehumanizing work, starvation, and eventual genocide as part of Hitler’s final solution.
To paraphrase Daniel Krygier, when the West colonized the East, it was called “imperialism.” But now that the Muslim East is colonizing the West with the blessing of the U.N.’s International Office for Migration (IOM), it is called “multiculturalism.”

If we defend Western nations and our sovereignty, we are “racists” even though border protection from enemy invasion has nothing to do with skin color. But those who “embrace despotic and xenophobic Muslim societies that oppress women, gays, and minorities,” call themselves “progressives” and “human rights champions.”

It is fine to criticize Israel, its existence, and “other free societies,” but when we criticize oppressive, totalitarian and terrorist-sponsoring societies, then we are Islamophobic and hate mongers.

The Orwellian dystopia of “1984” Eric Arthur Blair wrote about in 1949 is alive and well today. His invented diabolical social world order took 70 years to become reality.

Self-appointed global leaders have met on June 18, 2019 in Brussels to debate their planned migratory invasion which they call “forced displacement.” It is tied in very closely with their 17 Sustainable Development Goals (SDGs) of Agenda 2030.

Moderator of the debates was Marta Foresti, Principal Research Fellow and Director of the Overseas Development Institute’s (ODI) Human Mobility Initiative. The ODI is self-described as the U.K.’s leading independent think tank on international development and humanitarian issues. One of the goals of the Human Mobility Initiative is to shape global migration narratives.

“The 2030 Agenda represents the first time that migration, mobility and global inequality are interlinked under the global development framework. While debate has often focused on the needs of the most vulnerable migrants, less discussed is the decisive role that migrants and forcibly displaced populations play in achieving the Sustainable Development Goals (SDGs), especially when it comes to their contribution to the host communities.”

I am not sure how the migrants sneaking into our country illegally across the southern border or brought in by buses and planes by non-governmental organizations (NGOs), with the knowledge and blessing of our own government which gives them the money to settle these “refugees,” constitutes displacement and how they contribute to our unwilling “host” communities. These individuals become welfare recipients as soon as they are enrolled for all handouts our government can provide, to the detriment of our poor citizens and veterans who must struggle to find and pay for medical care and housing.

Antonio Vitorino said, “By embracing this reality, we can open up the potential for migrants to be agents of change at local, national, and global levels. Safe, orderly, and regular migration can be a powerful force to truly ensure that no one is left behind.”

How exactly is our problem to make sure that no one is left behind? Is it not the problem of their governments to provide for the welfare of their citizens? We certainly send enough humanitarian aid to many third world nations. Why must we foot the bill for all their failures on a personal and national level? Are women not accepting their submissive and second-class citizen role and do they not continue that submission even when they migrate to western and free societies?

“Women and girls in crisis are suffering a double disadvantage – because of where they live and because of their gender. It’s clear that the humanitarian sector needs to take more seriously the inequalities of power between men and women that drive unequal outcomes. The sector should try to create a double dividend – tackling the symptoms of disadvantage, as well as the power imbalances that generate them – by setting clear targets for women and girls in crisis as part of the Sustainable Development Goals and establishing a sector-wide Gender Equality Scorecard with shared metrics for success.” (David Miliband, IRC President and CEO)
It is important to note that there are few women and girls among the throng of male economic invaders. They do not seem to have suffered much in their countries as they are well dressed, fed, clean, and sporting the latest electronic gadgets, including expensive iPhones.

Kelly T. Clements, Deputy High Commissioner for the UN Refugee Agency (UNHCR)  made remarks about “the critical role of development actors to include refugees as important contributors to achieving the Sustainable Development Goals in host countries.”

Why must we accept these 17 SDG goals which were developed mostly by U.N. representatives from third world countries interested in the redistribution of western wealth, supposedly worried about the fate of our globally warming planet which humans allegedly caused.

At the end of the day, no matter what euphemisms the U.N. and its affiliated NGOs create and use, the forced global migration and the forced flooding of the west with people inimical to our civilized society and to Christianity, are forms of population control. You will be socially engineered as U.N. desires, you will give up your hard-earned wealth to those less fortunate and less hard-working than you, give up your sovereignty, and you will like it.